Sales in March were up 5.2 per cent compared with February. 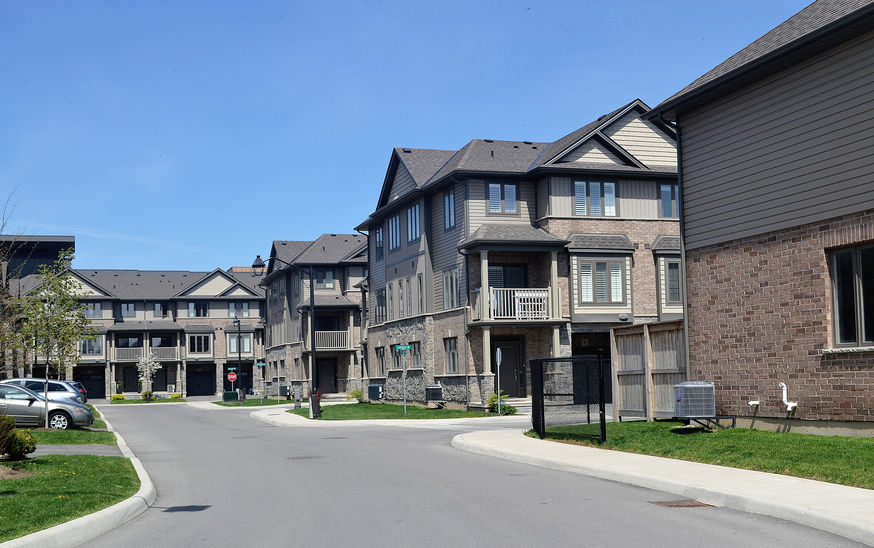 As sales climbed, so did the number of Canadians willing to sell their homes.

The market saw 105,001 new listings during the month, a more than 50 per cent increase from 69,665 last March. Listings were up 7.5 per cent on a seasonally adjusted month-over-month basis.

“Remarkable is really the best word I can think of to describe just the strength of the housing market month after month,” said Steve Ranson, chief executive of HomeEquity Bank.

Since last year, people have engaged in bidding wars, put in offers on properties they hadn’t even seen and often, dropped any conditions they might have attached to a bid.

While pricier markets like Toronto and Vancouver have long felt the heat, suburban and rural regions also saw properties become more expensive and harder to scoop up in recent months because many Canadians were allowed to work from wherever they wanted.

Many have attributed the conditions to a lack of listings, but Doug Porter said new listings hit their highest level on record in seasonally adjusted terms in March.

“The only possible world in which supply can be considered anything remotely in shortage is when stacked up against the extraterrestrial level of demand,” the chief economist at BMO Financial Group said in a note to investors.

New listings were “vapourized” by “scalding” and “fiery” demand, said Porter, who included a list of more than 30 adjectives to describe the strength of the market in his note.

Given the “extreme” imbalance the market is seeing, he said Canadians should expect price gains to spread far and wide beyond Ontario.

According to CREA, the national sales-to-new-listings ratio eased back to 80.5 per cent in March compared with a peak level of 90.9 per cent set in January.

Canada had only 1.7 months of housing inventory at the end of March 2021, the lowest on record.

Without many of their favourite places to spend and with fewer people having to commute to work, many Canadians saved more money during the pandemic and were eager to spend it on a home.

Ranson said there has been little for them to choose from during the health crisis because some people don’t want agents, appraisers and prospective buyers in and out of their homes.

Others have been spooked by the high numbers of COVID-19 cases or deaths in long-term care facilities and are rethinking whether they see a future there, he added.

Even downsizing is less attractive to them because a condo might increase their exposure to their virus and prices have jumped.

“The cost of condos and the cost of moving becomes expensive and then it becomes an economic incentive to stay in your home longer.”

CREA believes homeowners who were unwilling to sell during the health crisis might emerge from the pandemic ready to list, but warned current levels of demand could dissipate by then.

“We’ll only know in the fullness of time, but March certainly did nothing to disprove the idea,” said CREA chief economist Shaun Cathcart in a release.

“That said, the third wave of COVID-19 could throw a wrench into the works of a potential supply recovery this spring.”

It’s official, Based on data back to 2005, national prices are inflating at their quickest pace ever, surpassing the 2017 boom. Nice call @BenRabidoux

Cdn homeowners have seen values rise ~$120,000 in the past yr…the equivalent of earning ~$190k in income due to favorable tax treatment.

We don’t need a government that tries to “collapse equity”

But we also don’t need a government that deliberately manipulates home prices – pushing them up 30% during a recession then insists home prices should never fall.

A home is not just there to create & preserve wealth https://t.co/BssTvQvqSH

Interesting that in last half of March last year active listings were suppressed because COVID measures had just come in – and yet inventory levels STILL lower this year at March 31. Charts are going to all swing the other way for April with way MORE listings this year. /1 pic.twitter.com/KNqP1VJgSp

At least SNLR eased off a bit last month. With a lot more listings flowing now after Easter, I’d guess the April figure will be a bit lower than March’s 0.72. /3 pic.twitter.com/06peESpmtw

Wonder why Canadians are so obsessed with real estate? A levered trade that hasn’t seen a bear market in over 20 years. pic.twitter.com/0DHtFfXC5p

Via astute housing market watcher @JohnPasalis: “I really don’t know what to say when the Canadian government admits that they have made housing in Canada work better for foreign investors than for Canadians.” https://t.co/XWHIoOzS33 h/t @BenRabidoux

Housing is an investment and investments have risks. Deeply disappointed in @TOAdamVaughan’s muddled messages and lack of action on this.

I realize Boomer homeowners are the most important voting bloc, but repping Draper Street over CityPlace is some bullshit for a Toronto MP

Time for some math based on this story.

Here’s my question: If home prices simply stayed the same in Toronto – no inflation at all, how long would it take prices to become affordable again?

If home prices stay unchanged, in *nominal* terms and nominal incomes grow by 5% per year, every year.

Toronto home prices will become affordable again (that is, down to 4x income) in… 2040. 19 years from now.

The BoC: rates will be low for a long time. We have no intention of raising them based on data.

Liberal government: Market is affordable and safe for foreign buyers, and we won’t let it drop even a little.

“the only ones who can afford to buy [a home on the west side of Vancouver] are families with access to offshore wealth” https://t.co/YG7ghD6GWx

We can debate the magnitude of the problem, but to the extent that it’s happening, it’s a problem. And it’s clearly happening. Low hanging fruit on this one is a national beneficial ownership registry, fully searchable (property titling is already publicly available). 2/

This would include beneficial ownership of all numbered companies. Alongside that, a dedicated AML task force with national jurisdiction, enhanced enforcement, and a rethink of FINTRAC reporting for lawyers…currently a huge regulatory gap. 3/ https://t.co/HCBPT9alKA