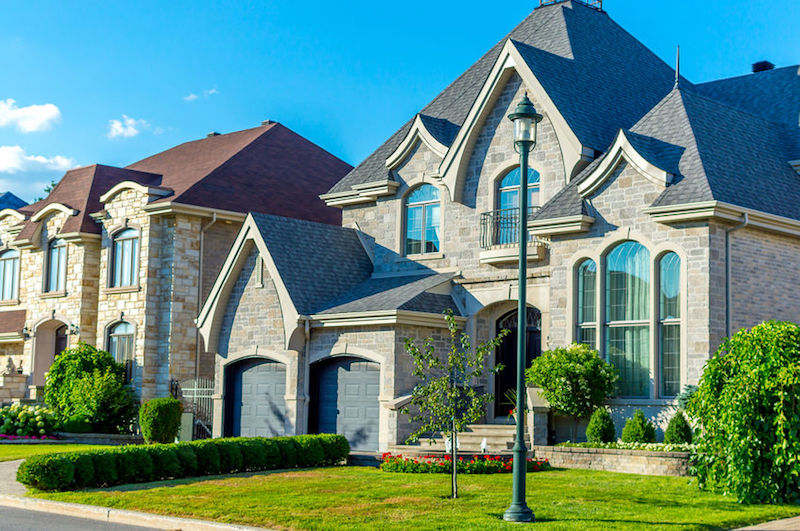 The real estate company analyzed select Canadian markets and trends impacting its residents with a focus on homes exceeding $1 million in Vancouver, Toronto (GTA), Montréal, Ottawa, and in the ski resort markets of Whistler, Banff and Mont-Tremblant. The analysis blends market data, insights from local real estate experts and commentary from Bullpen Consulting.

According to the report, home price growth was modest in 2019, rising by 1 per cent year-over-year. However, underlying fundamentals were very strong, including record population growth of 560,000 nationally, with the third quarter showing an increase of more than 200,000 new residents.

This, coupled with last year’s Canadian labour market adding a total of 417,000 jobs and bringing the unemployment rate down to 5.2 per cent — the lowest level in more than 15 years — is expected to benefit the 2020 real estate market.

Vancouver began 2019 in the same fashion it finished 2018 after a historically slow year in volume of sales. The market continued as balanced, but the number of sales remained slow and prices saw a decline. The second half of 2019 saw a change in sales volume primarily from the local market and an uptick in interest from Hong Kong due to recent unrest in the region. The primary surge in sales was seen in the lower to middle segments, while the high-end market continues to be impacted by the many government taxes geared towards foreign ownership. As a result, international buyers from regions like China — previously a primary driver in Vancouver’s luxury market — has slowed significantly. 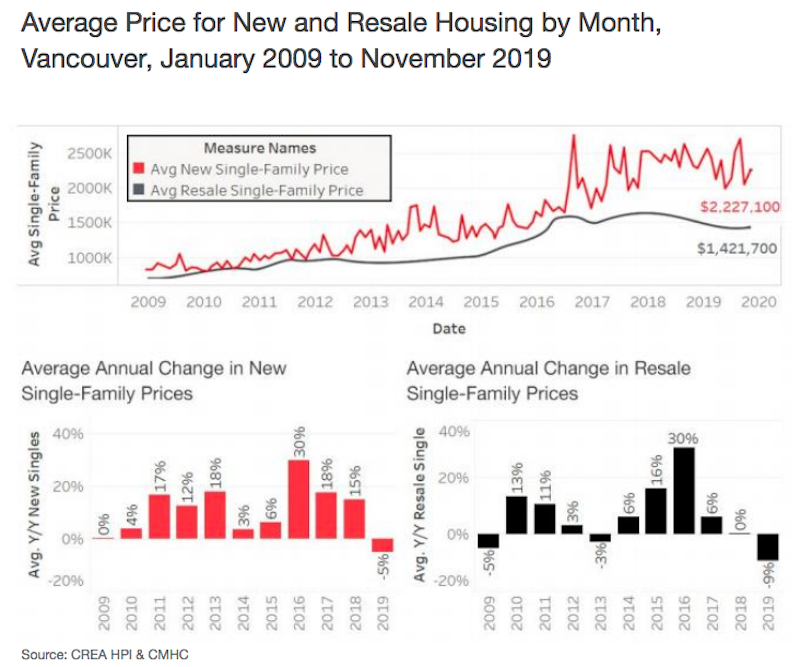 Toronto’s 2019 market proved buoyant, finding its footing in the second part of the year and maintaining its position as a seller’s market. This was driven by a strong economy and healthy population growth, as well as domestic and foreign immigration. The largest international buyer segments were seen coming to Toronto from China, Iran, and Russia. A noteworthy portion of this demographic has the financial resources to purchase luxury housing. Engel & Völkers expects city prices to increase at a quicker pace of 4 to 7 per cent and suburban prices to rise by 3 to 5 per cent within the Oakville market, a suburb of Toronto. 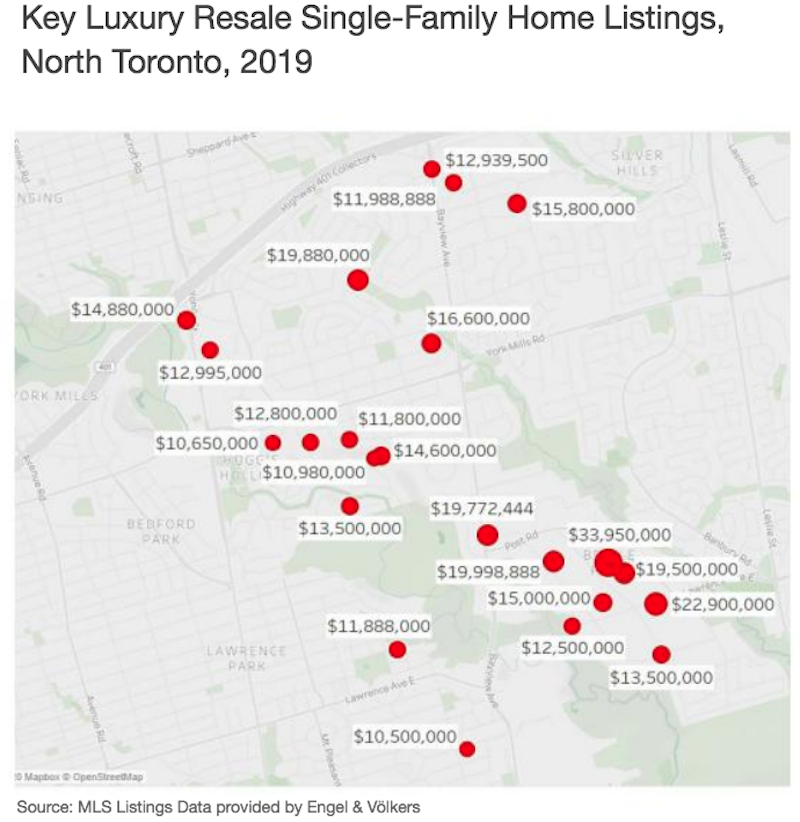 Engel & Völkers states that the Montréal market is booming, with the local real estate board indicating bidding wars occurring in record numbers in 2019. It is a growing seller’s market fueled by a potent mix of heritage properties, creative industries and an emerging tech economy. Large investments by global corporations in downtown Montréal as well as an influx of start-ups are fueling the price surge. There is a consistent demand and attractiveness to live in the city, with days on market shortening due to many properties selling above asking. Engel & Völkers expects this to continue in 2020 with neighbourhoods like Mile End and Mile-Ex emerging as thriving areas to live and invest in, drawing interest from business professionals, creatives and tech talent. Engel & Völkers anticipates annual price growth in Montréal of 4 to 7 per cent in 2020. 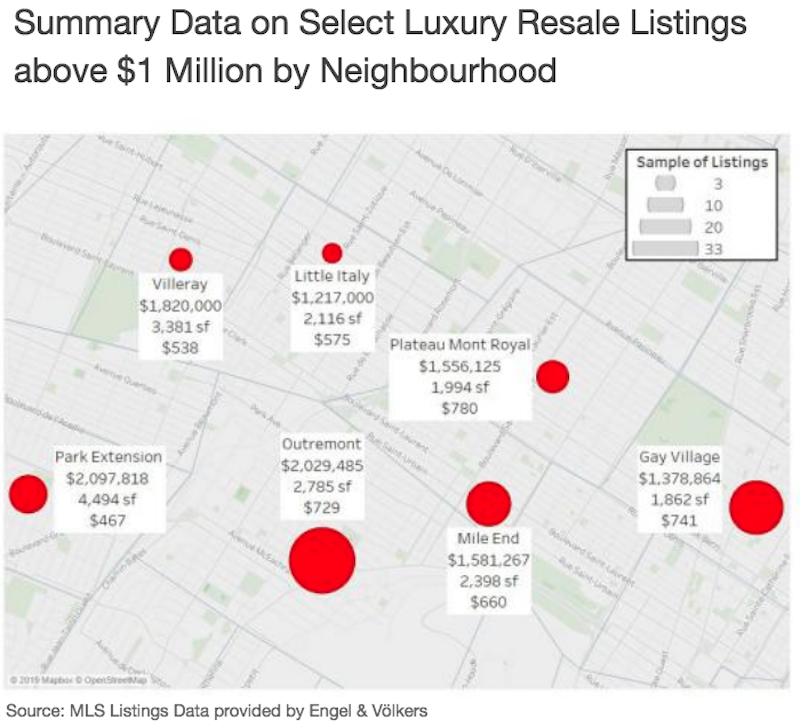 According to the report, Ottawa remains positioned as a growing seller’s market with its high condo demand, booming tech sector and limited housing inventory. There is new interest from developers who are entering the market and building luxury condos for those in search of a different lifestyle and type of home ownership. 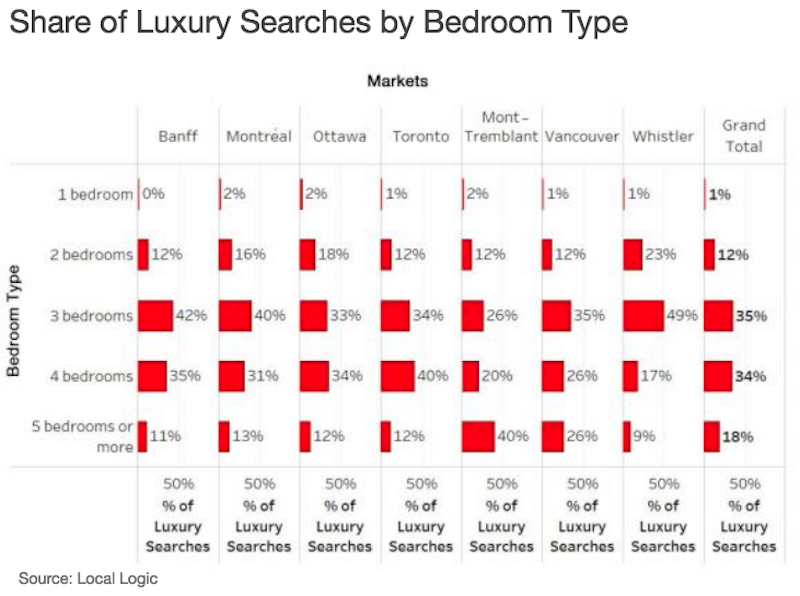 In 2020, the Dow’s Lake and Civic Hospital areas are forecasted as up-and-coming neighbourhoods to live in with both areas having strong activity in 2019 and an influx of new developments. Suburban buyers seeking a mix of quaint downtown boutiques and big box shopping retailers will be delighted by Stittsville, Manotick and smaller communities south of Ottawa like Kemptville and Arnprior to the west. Many prospective buyers are moving into less populated municipalities within 45 minutes to an hour of Ottawa because of its more affordable properties. The Ottawa market is projected to grow by 4 to 7 per cent in 2020.

The resale housing market in Whistler has shifted from a seller’s market in early 2019 to a balanced market. Whistler sales were down in 2019, but market values remained steady due to the high concentration of affluent second home buyers who were not impacted by short-term sales volatility. The market is not subject to the foreign buyers tax, boosting interest from offshore investors. This year saw an increased number of millennials purchasing in Squamish, located halfway between Vancouver and Whistler. Engel & Völkers anticipates this periphery market activity will help to accelerate overall growth in the area. 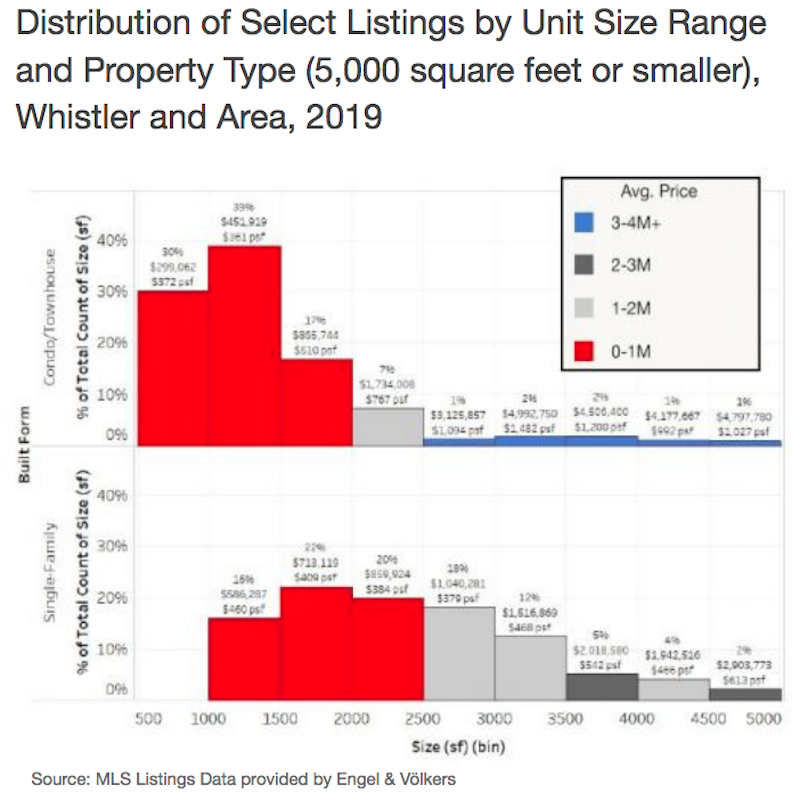 In comparison to other parts of Alberta, the Banff and Canmore area is a buyer’s market and is expected to remain relatively flat in 2020, according to Engel & Völkers. Banff’s tourist-driven market is not experiencing the price declines seen in other areas of the province and attracts prospective buyers from around the globe, including the United States and Europe. Due to its mountain culture, Europeans from Austria and Switzerland seek out high-end chalet and apartment-style properties for part-time use in Canmore. Additionally, the 2019 market did not rise as quickly as in previous years due to fewer locals driving up property prices through multiple offers. Engel & Völkers anticipates Banff’s market prices could see a decline of 1 to 5 per cent in 2020. 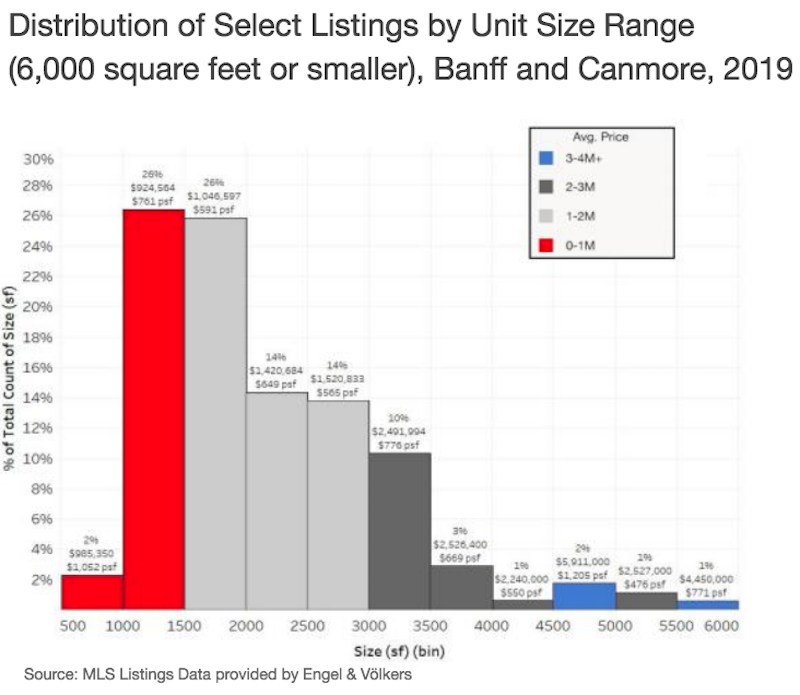 Mont-Tremblant has maintained a consistent position as a buyer’s market for more than 15 years, though this has been slowly shifting as inventory is expected to continue decreasing in 2020. The market is feeling the impact of Montréal’s recent success, as boomers and affluent Gen Xers buy second homes and full-time real estate investors buy up and manage short-term rental units to service this high-demand ski market. With Alterra Mountain Company’s new ownership of Mont-Tremblant, the mountain is undergoing a transformative upgrade in amenities. 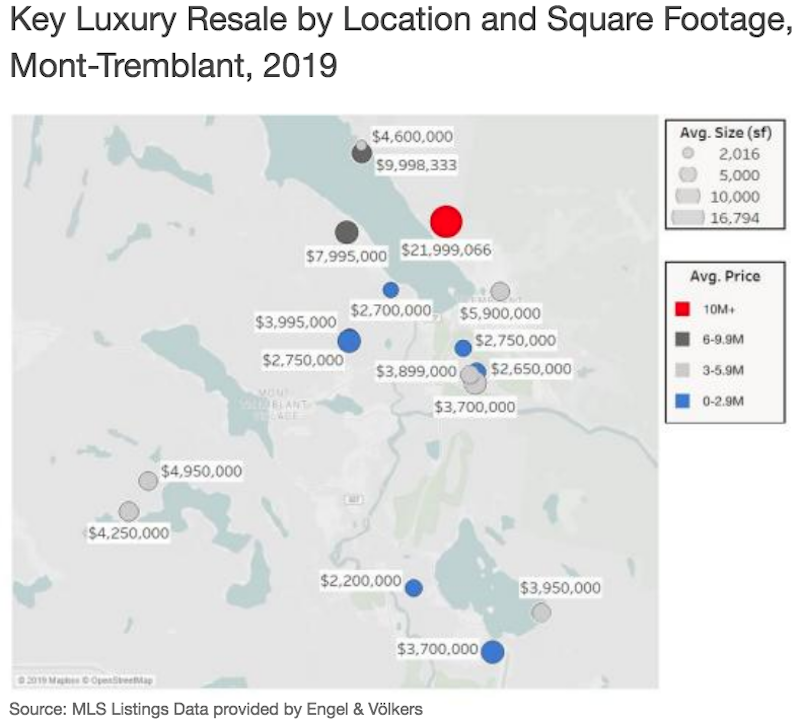 As a result, the area is seeing a rise in new construction builds and development from significant investment. Specifically, homes are being fabricated, transported and then assembled on-site. These builds have cleaner lines, larger windows and expansive views of the surrounding areas, bringing nature into the home. The Mont-Tremblant market is expected to see price growth between 4 and 7 per cent in 2020.

The International Garden Festival Announces the Designers for its 21st Edition