TORONTO — Some of Canada’s newsrooms will now permanently exist only in cyberspace, as publishers look to save money on physical offices amid the COVID-19 pandemic. 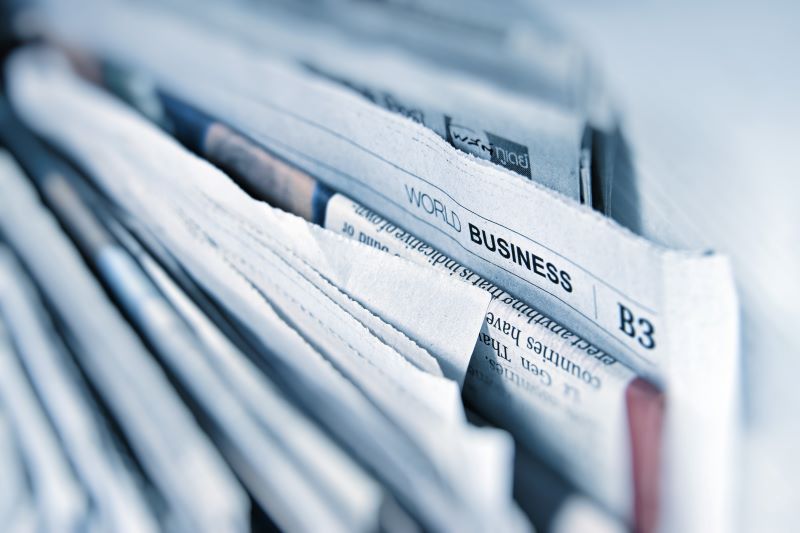 Torstar plans to permanently close the physical office spaces for the Waterloo Region Record and the St. Catharines Standard by the end of next month as the news media follows industries such as technology that have embraced remote work as a permanent default.

All staff at the two news outlets will work remotely on a permanent basis — following the same model as the Peterborough Examiner, which closed its offices last summer after the COVID-19 pandemic forced staff to work from home to avoid spreading the virus.

There will be no changes to headcount or the print and digital products as a result of the office closures, says Torstar spokesman Bob Hepburn, which allow the company to reduce office space leasing costs.

Torstar’s decision comes amid a similar shift in the U.S. and U.K., where the New York Daily News no longer has a physical newsroom and the publisher of Britain’s Daily Mirror is moving many employees to work from home near office hubs.

Recent journalism school graduates found that almost 57 per cent of 122 respondents said that it was either more difficult or much more difficult than normal to interact with co-workers under pandemic conditions, according to a study conducted by Carelton University assistant professor Aneurin Bosley and University of King’s College associate professor Fred Vallance-Jone and published by J-Source.

However, all the respondents also said that journalists were able to continue doing their jobs during the pandemic, according to the survey of graduates from undergraduate journalism program graduates at Carleton University or the University of King’s College. Nearly two-thirds of respondents said journalists and communications professionals have worked “somewhat effectively” and more than one-third saying the work has been very effective.

Hepburn said that after a full year of remote work, the company views the model as a successful way to keep readers informed.

“Torstar remains fully committed to these publications, both in print and digital,” said Hepburn.

James Compton, an associate professor at Western University’s faculty of information and media studies, said the trend of working from home during the pandemic comes in a larger context for the journalism industry in both Canada and elsewhere. When media outlets are owned by hedge funds, for example, he said legacy newsrooms are often viewed as valuable real estate to be monetized.

December data from the Local News Map suggested that 38 Canadian news outlets closed between the start of the pandemic and Dec. 1, 2020. Compton said he also worries that remote work will make it more difficult for journalists to organize unions. Not being able to meet over a desk, swap ideas and hone a craft leads to “a weaker newsroom, no question,” said Compton.

Laval University communications professor Colette Brin in Quebec City also noted the longer-term trend of newsrooms moving to smaller, more suburban offices with hot-desking models over the past few years. Even before the pandemic, some journalists found themselves working out of their cars in between interviews and paying for more expenses out of pocket, she said, as their desks were eliminated or shared with other colleagues. Freelancers and others with more precarious employment often shoulder the burden of reduced support and stability, Brin said.

Brin said it’s likely too soon to speculate on how quality of news or the perception of news audiences will be affected by the lack of physical newsrooms, but she has concerns.

For example, a work-from-home arrangement is more likely to favour workers who have more room and privacy at home, she said. A journalist experiencing harassment online or struggling with mental health may also find it harder to reach out or report a toxic work environment, Brin added.

Alfred Hermida, professor at the University of British Columbia school of journalism, writing and media, said news organizations are taking a risk by eliminating the newsrooms, but that there is also an opportunity there. As mobile technology becomes lighter and more advanced, journalists are increasingly able to do more in the field with less equipment. Hermida said that — rather than just assign more work — publishers should allow workers to take more time to go out and embed themselves in their local neighbourhoods.

“There’s a risk here: That the signal being sent to these communities is, ‘We don’t care enough about you to have a symbolic presence in your town.” I don’t think that’s the message intended,“ said Hermida.

“But there’s a risk that could be read as: By not having a physical presence in that town in that city, that you’re not committed to covering that community.”

— Torstar holds an investment in The Canadian Press as part of a joint agreement with subsidiaries of the Globe and Mail and Montreal’s La Presse.

This report by The Canadian Press was first published March 22, 2021.