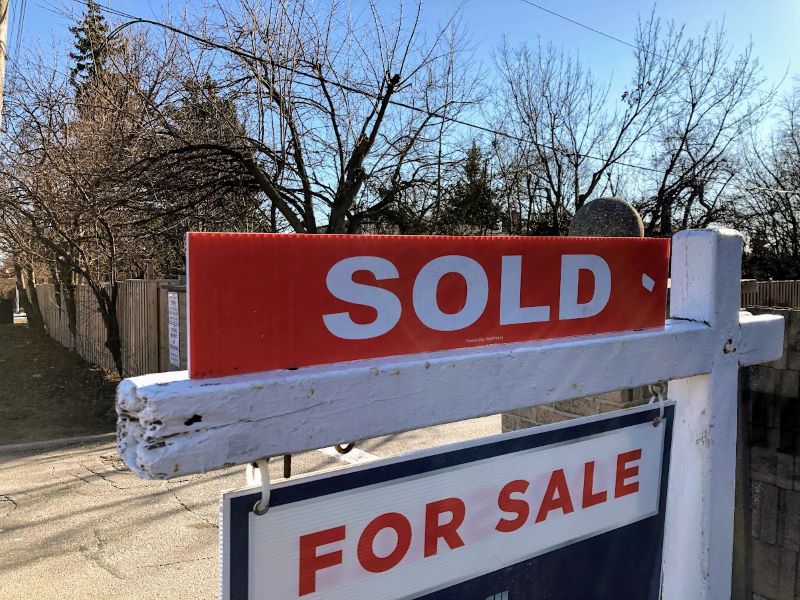 Their outlook on the market comes as the Canadian Real Estate Association revealed Tuesday that sales totalled 35,380 in October, a 1.3 per cent increase from September, but a 36 per cent drop from a year ago. 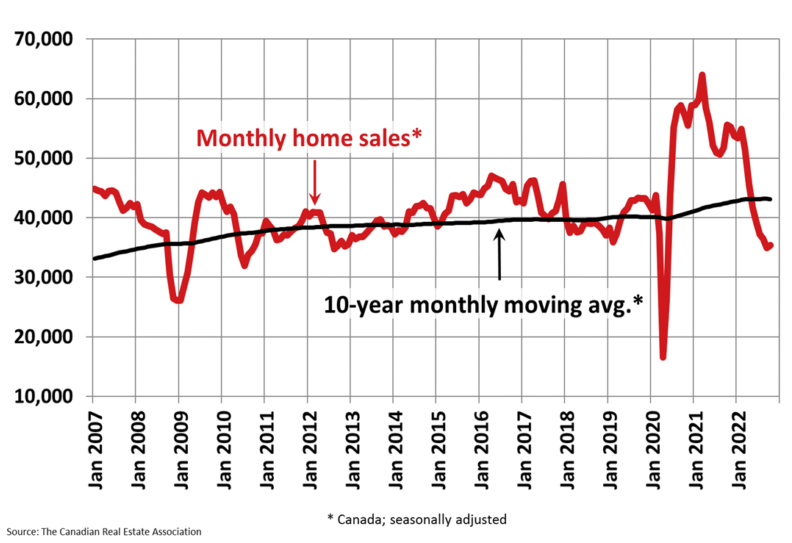 “Tumbleweeds continued to blow across the Canadian housing market in October,” said Robert Kavcic, a senior economist with BMO Capital Markets, in a note to investors.

Even though sales were up on a month-over-month basis in 60 per cent of all local markets with Greater Vancouver up six per cent alone, he pointed out last month’s activity remained below the low end of pre-COVID norms.

It was even the quietest October for unit volumes since the economy was climbing out of a recession in 2010, Kavcic said. 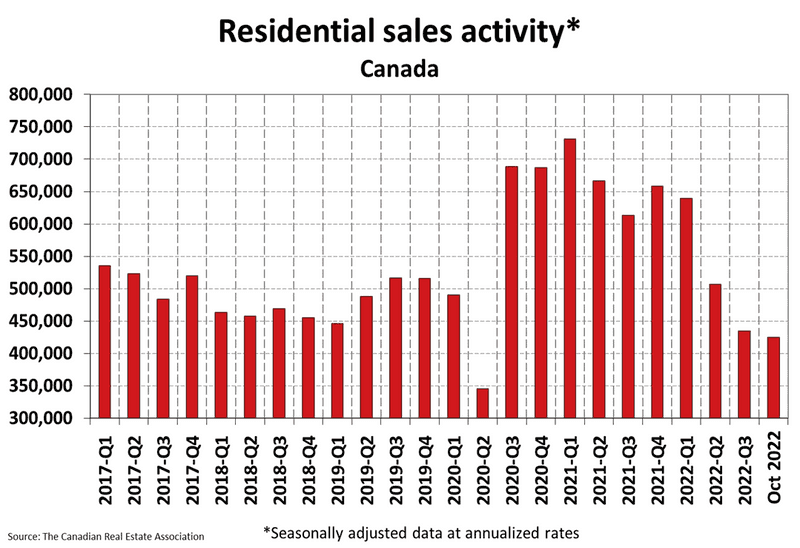 Rishi Sondhi of TD Economics had a similar view.

“Sales have already cratered by over 40 per cent since February, are trending at levels last consistently seen in 2012, and appear to have undershot levels in line with fundamentals like income and housing supply,” Sondhi wrote, in a note to investors. 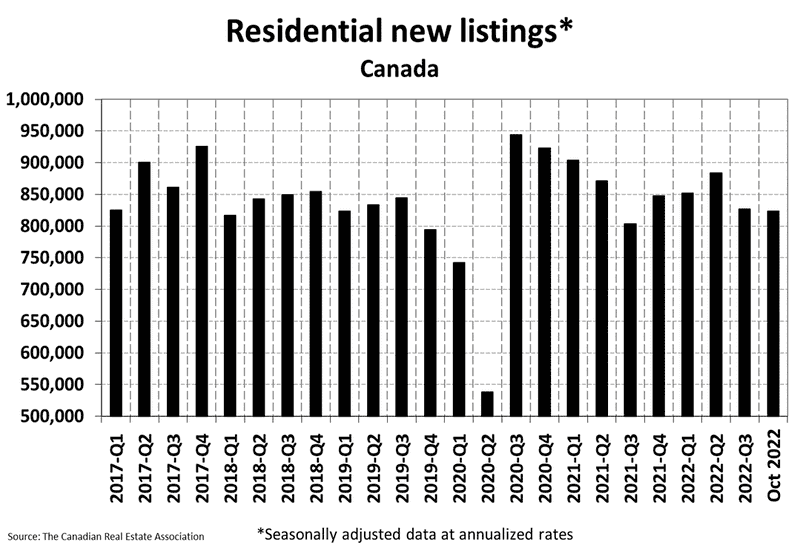 He and Kavcic attributed much of the slowness to interest and mortgage rates, which have been hiked in recent months to combat an inflation level not seen in decades.

That’s weighed on consumer purchasing power and when combined with low levels of new listings, kept many buyers on the sidelines awaiting even further price drops.

Meanwhile, sellers are still refusing to list properties unless they have to move because they have realized prices aren’t as high as they were at the start of the year.

CREA found the number of seasonally-adjusted and newly-listed homes totalled 68,605, up 2.2 per cent on a month-over-month basis in October. 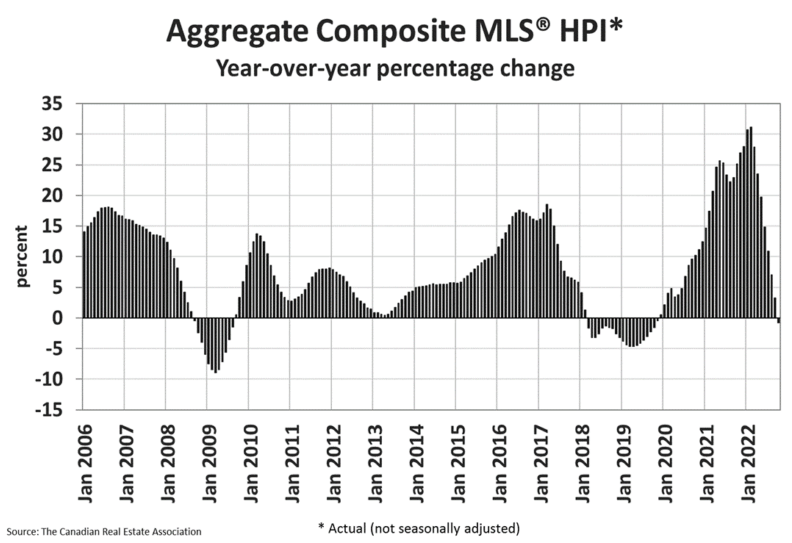 “We have a unique situation where demand has cracked and buyers can’t qualify for, or afford, early-year prices,” said Kavcic.

“But, outside some areas, there’s not a bounty of listings to choose from, and sellers are still able to say ‘no thanks’ and pull listings.”

Despite the lack of listings, the actual national average home price was $644,643 in October, down 9.9 per cent from the same month last year. On a seasonally-adjusted basis, it reached $643,743, down 0.6 per cent from a month earlier. 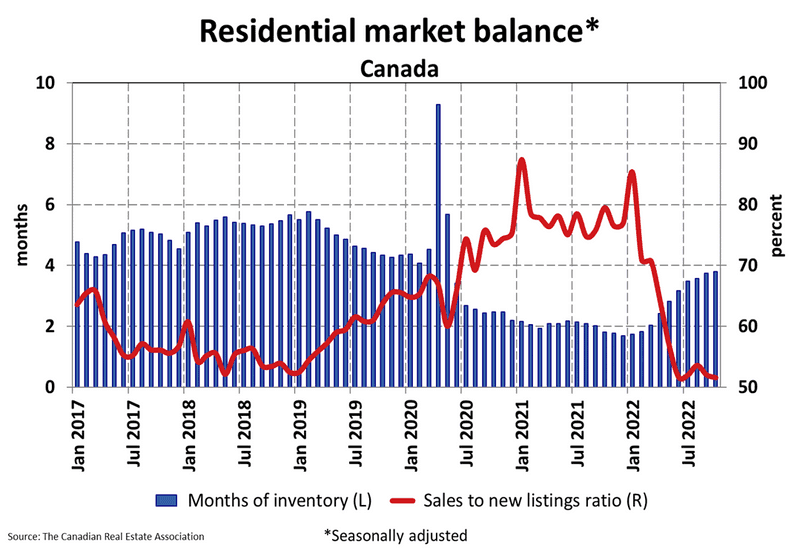 Cailey Heaps, president of the Heaps Estrin Real Estate Team in Toronto, said in the Greater Toronto Area she sees prices levelling off after their 10 per cent fall from their pandemic peak.

“The dropping market that we have seen since June has now stabilized,” said Heaps.

“Maybe we will see a swing of a percentage or two in the coming year or so, but I don’t think we will see the same drastic decline in the central core of Toronto, but we might see it in the horseshoe that surrounds the city.”

Her theory was based on several of her listings netting multiple offers last month and buyers realizing that lower prices are still being offset by higher borrowing costs.

“So typically the buyers that we see in today’s market are buyers who are upgrading and they’re taking advantage of the lower pricing or they’re buyers who aren’t sensitive to interest rates,” she said.

However, Kavcic and Sondhi agreed the downward price pressure will continue into next year because mortgage rates are pushing above five per cent and more interest rate hikes could be looming.

Sondhi has forecast average home prices retracing about half of the gains made during the pandemic, but cautioned supply levels represent a key risk to TD’s predictions.

“With homeowners feeling the pinch of higher monthly payments due to rising interest rates, some may be forced into listing their properties (although so far, the level of new supply hitting the market each month remains subdued),” Sondhi wrote.

“If a sufficiently large number of these homeowners end up listing their homes, it could downwardly pressure prices by more than we anticipate.” 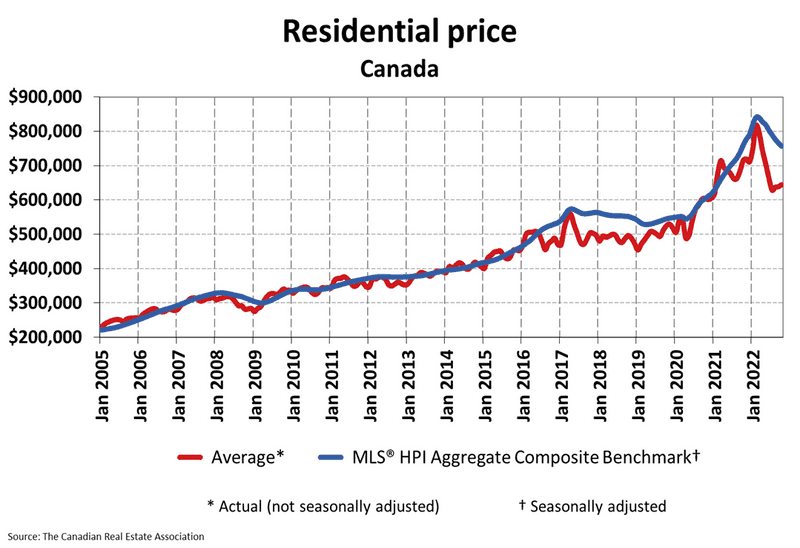 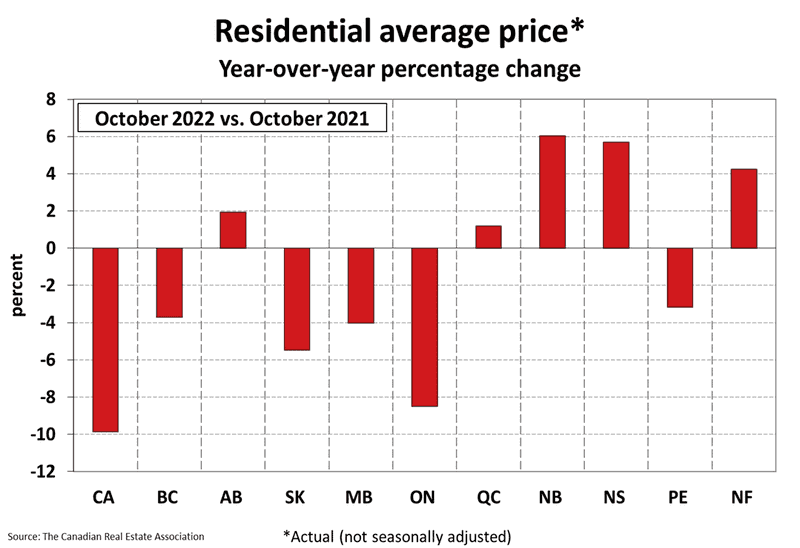 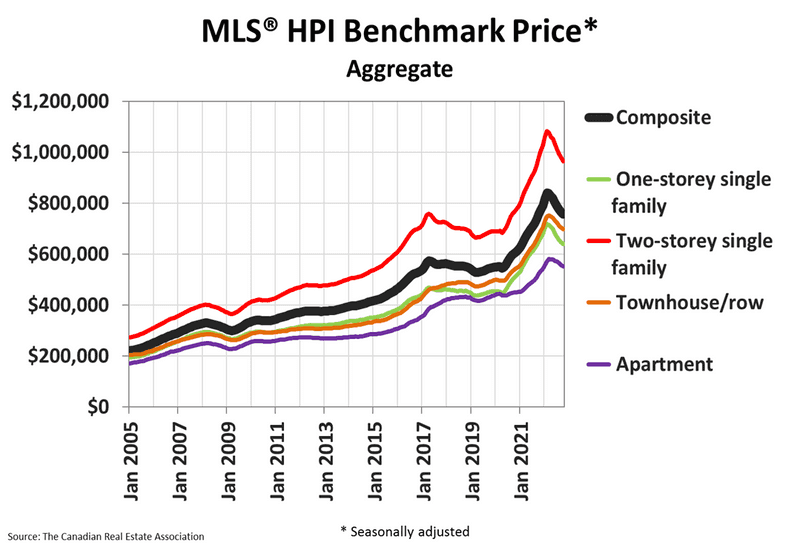 This report by The Canadian Press was first published Nov. 15, 2022.