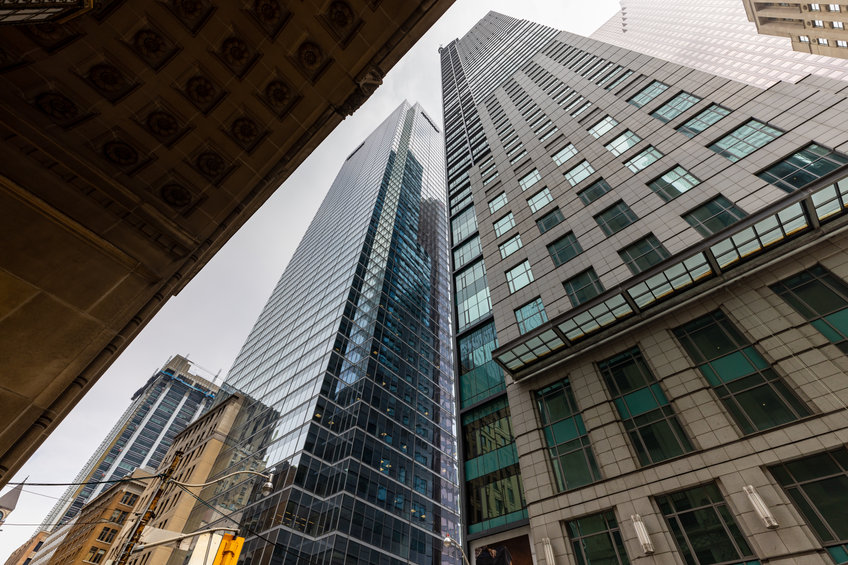 CBRE says Canada’s national office vacancy rate rose to 15.7% in the third quarter of 2021, surpassing levels reached during the dot-com bubble and global financial crisis. But the outlook is improving, and although the fourth wave has slowed the market’s recovery, CBRE’s Q3 2021 Quarterly Statistics Report shows that the trend of occupiers returning space has largely abated and that sublet space is declining in Canada’s major office markets.

CBRE reports leasing activity is steadily building, especially by tech occupiers, and four out of the 10 Canadian markets recorded positive net absorption of office space this quarter, a first since the onset of the pandemic. High demand for built-out space in the gateway markets of Toronto and Vancouver has contributed to the decline in sublet space nationally.

Toronto’s downtown office vacancy rate actually dropped slightly in the third quarter, to 9.9%, down 10 bps from the 13-year high of 10.0% reached in the second quarter. Sublet space in Canada’s largest office market decreased by 17.6%. The bulk of available sublet space, 70%, is under 10,000 sq. ft. leaving larger tenants with fewer turnkey options.

“Canadian office markets have seen the fourth wave throw a wrench into return to workplace plans, however, signs of stabilization across the country suggest that businesses are increasingly looking to a post-pandemic reality,” says CBRE Canada Vice Chairman Paul Morassutti. “Despite the uncertainties, office tenants have largely stopped returning space to the market and we anticipate positive growth to resume as early as next quarter.”

The third quarter saw the Canadian industrial market hit two new milestones, with the national availability rate dropping to 2.0%, the lowest it’s ever been, and average asking rents hitting double-digits, at $10.03 per sq. ft.

As forecast by CBRE earlier this year, Toronto, Vancouver, London, ON, and Waterloo Region are effectively out of industrial space, with each market having availability rates of 0.9% or lower. Montreal is not far behind, with a 1.2% availability rate.

Demand for distribution and logistics warehouses remains at an all-time high. With a growing supply-demand imbalance in most markets, rental rates have increased by 34.5% nationally over the last three years. In Toronto, Montreal, and London they’ve increased by 74.1%, 56.2% and 50.7% respectively during that period.

“Development remains the only real solution to increasing rents and a lack of industrial space, but longer construction timelines, rising costs and a lack of developable land make the situation extremely challenging for those looking to locate near our largest cities,” says Morassutti. “The 34.1 million sq. ft. of industrial space under construction will only increase the existing inventory by 1.8%, and most of that space is already substantially pre-leased. It’s an unprecedented situation. We’re running out of ways to describe just how tight Canada’s industrial markets are.”