The uncertainty has kept monthly unit sales volumes below the ten-year average, leading to modest home price appreciation at the national level. 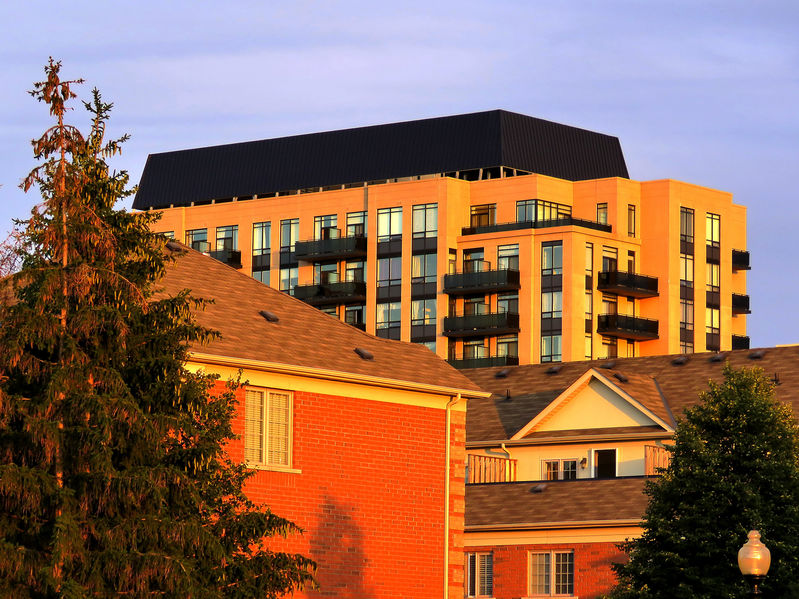 The Royal LePage National House Price Composite reported that the price of a home in Canada increased 1.1 per cent year-over-year to $621,696 in the second quarter of 2019.

With its median price rising 3.8 per cent year-over-year to $452,451, condominiums remained the fastest growing housing type on a national basis, according to Royal LePage.

“We now have evidence of a sustained market recovery in some of the nation’s largest markets, and signs of a price floor in other regions hit hard by the eighteen month-old housing correction,” said Phil Soper, president and CEO, Royal LePage. “Only in the West do we see a significant number of home buyers remaining on the sidelines, depressing sales volumes and causing prices to sag. Buoyed by supportive economic conditions, many stubborn homeowners in B.C. and Alberta remain unwilling to let their precious real estate go for less than what they perceive as fair value, which has gone a long way to protecting existing home values.”

Business investment has picked up, which helps sustain a period of employment growth, particularly in British Columbia, Ontario, and Québec.

Trade tension continues to weigh on consumer confidence and housing market health. While a rate cut by the Federal Reserve is still a possibility, the survey suggests a similar move by the Bank of Canada is less likely.

“Don’t misinterpret rate cut expectations south of the border as rate cut likelihood in Canada. We have related but independent economies and monetary polic,” said Soper.

Royal LePage expects national home prices to see a modest uptick, rising 0.4 per cent compared to the end of 2018.

As stated in Royal LePage’s release, “The Greater Toronto Area and Greater Montréal Area are expected to continue to drive national home price gains with forecast increases of 1.4 per cent and 4.5 per cent respectively.”

Ottawa is expected to outpace the GTA with a projected price increase of 1.6 per cent by year-end. Weakness in the Greater Vancouver market is expected to continue with the aggregate home price forecast to decrease by 5.5 per cent.

Home prices in Calgary, Edmonton, and Regina are expected to decrease by 3.6 per cent, 3.0 per cent, and 4.9 per cent.

“Overall, the new government programs should be supportive of the housing market, but their impact on home price appreciation will likely be minor – and that’s a good thing,” said Soper. “Heavy-handed policy intervention can cause artificial spikes or drops in home prices. What it doesn’t do is change the need for shelter; it just stokes price inflation and housing shortages, or market slumps and dangerous pent-up demand.”

Home price appreciation in Ontario cities influenced the national results in the second quarter of 2019, driven by a strong job market and an influx of new residents into the GTA.

“The market in the GTA began to tighten this spring, as sales outstripped new listings,” said Soper. “In the City of Toronto, prices rose above inflation across all housing types, led once again by strength in the condo market. But the most encouraging signs came from the suburbs, where areas that saw the most significant price corrections such as Oshawaand Richmond Hill started to rebound.”

Condo prices saw a 7.9 per cent year-over-year increase, and the GTA’s aggregate home price rose 2.6 per cent over the same period.

Aggregate prices in Niagara/St. Catharine and Kitchener/Waterloo/Cambridge were up by 3.2 per cent and 2.5 per cent, while prices in Hamilton decreased 0.9 per cent year-over-year.

“We forecast that the Montréal real estate market would begin to see more modest home price appreciation after robust growth last year, but the quarter-over-quarter increases are showing that the pace of growth in the area is not slowing,” said Soper. “Despite the strength of the Greater Montréal Area for the past three years, the city’s prices remain one third of Greater Vancouver and half of those in the Greater Toronto Area. At Montréal’s current home price growth rate, it would take 13 and 19 years respectively for Montréal home prices to catch up to Toronto and Vancouver.”

In British Columbia, government intervention continues to weigh on the housing market. Home prices in Greater Vancouver declined for the second straight quarter on year-over-year basis, with the aggregate price falling 4.1 per cent in the second quarter to $1,208,674.

The correction that started in the City of Vancouver has spread across the region with prices in Burnaby, Langley, and Richmond falling 7.3 per cent, 4.4 per cent, and 4.1 per cent, according to Royal LePage.

“The slowdown that initially began in the British Columbia lower mainland’s most expensive trading areas, Vancouver and the region’s North Shore, has moved to the relatively affordable suburbs, as the policy-driven housing downturn nears the three-year mark,” said Soper. “Home price trends lag behind changes in home sales activity. With one of the strongest economies in the country, I would expect the recovery in sales volumes to begin this fall, with a slow recovery in home prices to follow. Other regions in the province such as Kelowna and Victoria have held up reasonably well so far.”

Properties in the region’s most expensive markets (West Vancouver, North Vancouver, and the City of Vancouver) decreased 7.6 per cent, 4.2 per cent, and 4.7 per cent year-over-year.

With an unemployment rate of 6.6 per cent as of June and personal insolvencies rising, the Alberta economy continues to idle.

Outside of Newfoundland, Royal LePage suggests Atlantic Canada is benefitting from increased immigration and the economic weakness in Alberta.

In New Brunswick, aggregate prices in Fredericton and Saint John rose 2.5 per cent and 2.3 per cent, while Moncton lingered behind with the aggregate price of a home decreasing 0.7 per cent.

The Embassy of Canada in China Earns BOMA BEST Silver