Canadians outfitting backyards with pools to deal with COVID 19 pandemic

TORONTO – Seven-year-old Stanley has been donning a wet suit to swim in his pool since March to keep busy while shut-in at home during the COVID-19 pandemic.

That routine will carry on this summer since camps are closed because of the virus, said the youngster’s mom, Tory Crowder.

”The pool gives us so much more flexibility in what the kids can and can’t do,” she said in an interview.

The virus wasn’t even on the radar when the family installed a concrete pool at their Toronto property, but demand has spiked as homeowners look for something to do during these uncertain times. 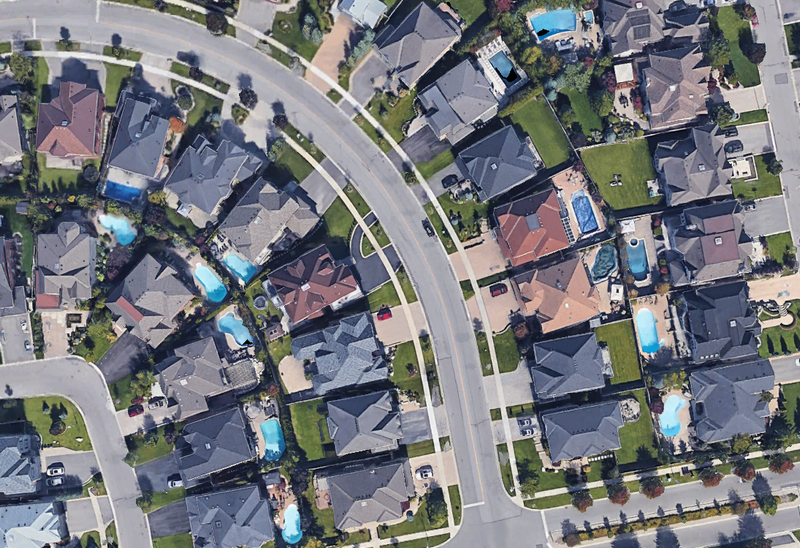 Like many pool providers, BonaVista Pools is sold out for the season as a tripling of demand and slower production at its Toronto-area supplier due to physical distancing rules have created a winning combination for the company.

”I always feel that we are farmers making hay while the sun shines, and the sun just keeps shining,” says owner Jennifer Gannon.

She said there’s a 16-week delay because COVID-19 has created a desire for home improvements to create more of a vacation or resort feel in customer backyards.

”We’re booking now for the fall to start construction for people that want to swim next year.”

With vacation schedules all messed up this year, homeowners see value in enhancing their homes because they’re spending more time there, said Gannon.

The number of building permits for pools issued this year in Hamilton has increased by 24 per cent, including nearly a tripling so far in the month of June.

Despite the desire to have water available in the next few months, installing a pool takes planning and involves many decisions. In addition to selecting the right shape and design, homeowners need to know the municipal rules, including fencing requirements.

Buying a pool has typically not been viewed as the best home renovation investment, but COVID may be changing that.

Homes with pools don’t stay on the market long and are fetching big premiums, says Marsha Brandes, a ReMax realtor in the Hamilton suburb of Dundas, Ont.

She said buyers have indicated they want space.

They’ve said that ”if we’re going to be stuck again, and we will be at some point …we want to have some privacy and somewhere we can walk and luxuriate, so ravine lots are in huge demand,” she said in an interview.

Installing a pool or hot tub generally offers a much lower return on investment than other renovations like kitchen or bathroom upgrades, a new roof or updated windows.

However, with the coronavirus, the return on investment for pools and hot tubs has ”probably started to move upwards a little bit,” said Thomas Fox, past president of the Appraisal Institute of Canada.

Still, the investment is mainly for personal pleasure with financial return depending on location in Canada. The pool season is so short in Saskatchewan, for example, that many people don’t see a benefit in having a pool, Fox said.

The return on investment may be 25 to 30 per cent in the Prairies but 55 to 65 per cent in a market with stronger demand, he said.

”If you’re doing an investment like this to see a return on your investment in a rather short order, it’s probably not the right renovation for you.”

Fox said some prospective pool owners ignore the extra costs of ownership beyond the initial price tag which can start at around $30,000 or $80,000 for a luxury custom concrete pool.

Features like diving boards, slides and waterfalls add to the price tag, while permanent covers, cleaning devices, and automated features that can be controlled from a cellphone can add thousands more.

Some homeowners seeking water without the heavy cost burden turn to above-ground models. It’s almost a chattel that an appraiser wouldn’t even consider in assessing the value of the property, said Fox.

A pool is often part of the landscape element of a backyard that can make up about 10 per cent of a luxury home’s value, said Gannon.

”I would say that the psychological and physical benefits of having water as therapy is a good way to cope with all the uncertainty.”

This report by The Canadian Press was first published June 25, 2020.