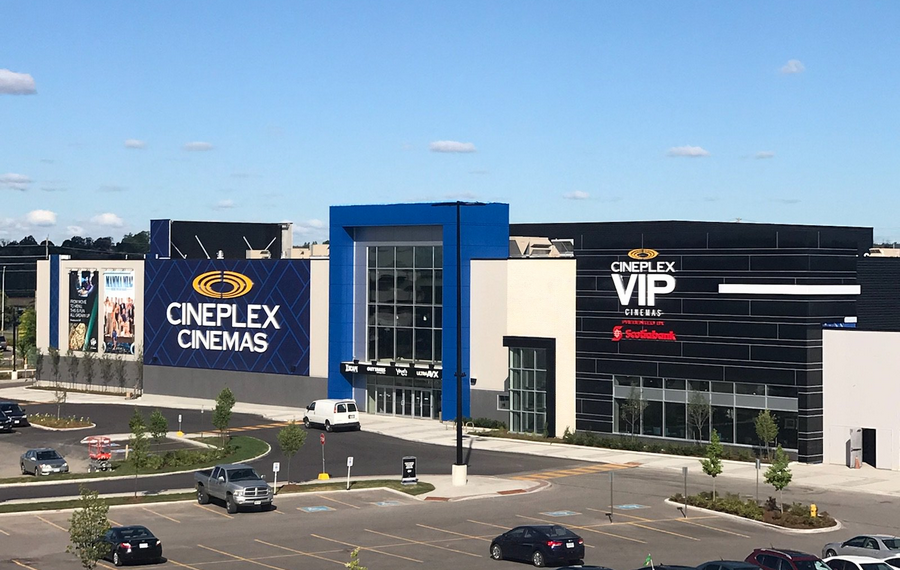 TORONTO – The chief executive of Cineplex Inc. says his company’s decision to slow payments to film studios and seek rent deferrals and abatements during the pandemic was akin to moves being made by Cineworld Group PLC and other large Canadian retailers.

Ellis Jacob told the Ontario Superior Court of Justice on Thursday that after the arrival of COVID-19, it was common for global theatre operators and other businesses to try to preserve cash in these ways as people avoided non-essential gatherings.

“They were looking for relief just like we were,” Jacob said.

Cineplex’s response to the pandemic has been a key issue as the Toronto-based theatre chain faces off in court against Cineworld, a U.K. cinema company that announced it would purchase Cineplex for $2.8 billion in December 2019.

Cineworld backed out of the deal in June 2020, arguing it could terminate the agreement without payment because Cineplex strayed from “ordinary course.”

Cineplex is seeking more than $2.18 billion in damages from Cineworld, which filed a counter claim valued at about $54.8-million.

Cineworld claims it was out of “ordinary course” for Cineplex to defer accounts payable by at least 60 days, reduce spending to the “bare minimum” and stop paying landlords, movie studios, film distributors and suppliers at the pandemic’s start.

But during Thursday questioning from Cineplex’s lawyer Alan Mark, Jacob indicated the payment decisions were consistent with the theatre industry’s normal course and not impacting his company’s relationships.

Studios and his cinema chain would often work through pre-pandemic box office swings and other business periods by allowing later payments, Jacob said.

Studios even told him fellow chains were seeking similar relief.

“None of the studios withheld product and in fact, they were very supportive of getting product on the screens when we were open,” Jacob said.

Chris Aronson testified Monday that his company, Paramount Pictures, has an “excellent” relationship with Cineplex and the pandemic had not impacted his view of the Canadian company.

Ed Sonshine, who was RioCan REIT’s CEO at the pandemic’s start, said in Wednesday testimony that his company’s relationship with Cineplex was just as good during the pandemic, despite the two firms trying to negotiate deals around several properties.

Throughout the pandemic, the firms were discussing downsizing and rebuilding the Colossus theatre in Vaughan, Ont. and a future condo development RioCan wanted to pursue on a parcel of land attached to Cineplex’s Queensway theatre in Etobicoke, Ont.

RioCan REIT was dealing with Cineplex’s decision not to pay rent as it awaited more details of government programs.

Jacob said such rent decisions were common and that Cineworld chief executive Moshe “Mooky” Greidinger mentioned he was looking to make deals with landlords and the government in Poland too.

“He said that they were in the same position (as Cineplex) and were discussing on the leases, payments, deferrals and abatements, where possible,” Jacob recalled of conversations with Greidinger.

Other Canadian companies were looking for similar support, Jacob added.

The coalition wanted low or no interest loans with a five-year repayment plan and landlords to be forced to abate one third of rent for the 10-month loan period in exchange for retailers being asked to pay two thirds of their rent.

As the government relief program was rolled out, the Cineworld-Cineplex deal received several approvals and a closing date was nearing when Jacob said a June 2020 letter arrived from Cineworld’s lawyers alleging that Cineplex had breached the deal.

Up to that point, Jacob said Cineworld and Greidinger had never mentioned it felt Cineplex had constituted a breach of its obligations.

Jacob said, “I had a conversation with him a few hours prior to (the letter arriving) and he never mentioned anything to me.”

This report by The Canadian Press was first published Sept. 23, 2021.