By By Aleksandra Sagan – THE CANADIAN PRESS Last updated May 24, 2019

The CEO of Canada Mortgage and Housing Corporation is forcefully defending mortgage stress test rules and warning federal policy-makers to hold the line amid calls for softening the measure from industry associations. 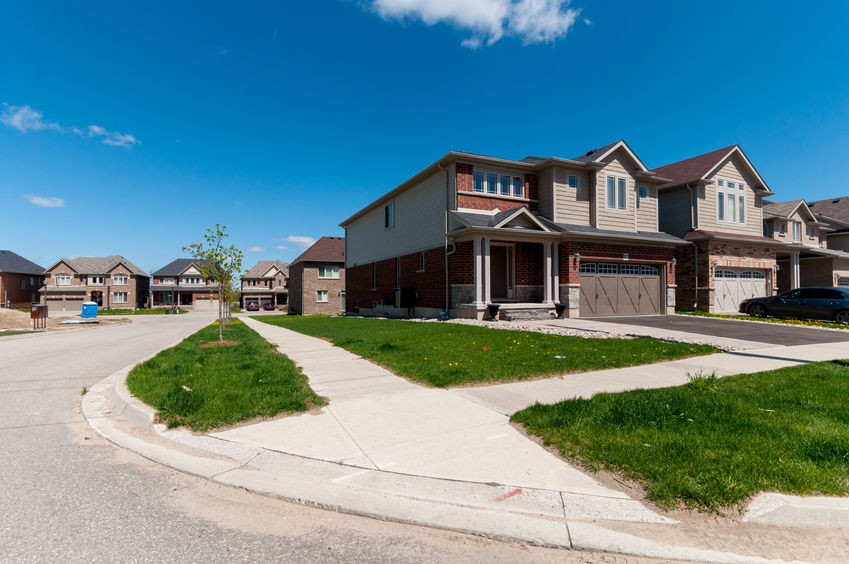 ” My job is to advise you against this reckless myopia and protect our economy from potentially tragic consequences,” wrote president and CEO Evan Siddall in a letter dated Thursday to the Standing Committee on Finance.

He urged the committee to ” look past the plain self-interest” of the parties lobbying for easing the changed rules and implementing other measures, like offering mortgage terms of 30 years.

The Canadian Home Builders Association (CHBA), Mortgage Professionals Canada (MPC) and the Ontario Real Estate Association (OREA) have all called for the changes outlined by Siddall.

Here is the full text of my letter to the House Standing Committee on Finance regarding the continued need for the stress test and why we need to pay attention to who is offering criticism: https://t.co/PpcjfOIhku

”I’m quite surprised to see that our community was somewhat vilified by the letter,” said Paul Taylor, president and CEO of MPC, when he says the group was trying to provide observations about why the program might need some adjustments.

The stress test requires would-be borrowers to show they would still be able to make payments if faced with higher interest rates or less income. It first applied to insured mortgages or those with down payments of less than 20 per cent of the purchase price with a variable rate and a term of less than five years.

“Macroprudential policy has been effective in containing financial stability risks and the current stance is appropriate. With the measures working well, their effectiveness should not be diluted by home buyer initiatives that inadvertently increase household debt.”

In October 2016, Federal Finance Minister Bill Morneau extended it to five-year mortgages. The Office of the Superintendent of Financial Institutions amended the B-20 rule starting January 2018 to include uninsured mortgages or those with a down payment of more than 20 per cent.

Uninsured borrowers must now show they could service their mortgage if rates rose two per cent over the Bank of Canada’s five-year benchmark rate or the borrower’s interest rate.

MPC wants that figure lowered to about three-quarters of a per cent, or to see lenders allowed to offer 30-year mortgage terms, said Taylor.

The group doesn’t disagree that house prices escalated too quickly or that people are indebted, said Taylor, but it believes either of those changes would increase the purchasing power of first-time home buyers who have been disproportionately sidelined by the changes.

”But we have a different view on what the impact of all the mortgage rules has been, and where we’re at right now and what the best route forward is,” he said.

CHBA wants both 30-year mortgage terms and a scaled back stress test that operates on a sliding scale – the longer the term, the smaller the stress test percentage.

He rejected CMHC’s assertion that the group is biased.

”Our position is always to push for affordability to help Canadians become homeowners,” he said.

Policies like the ”rigid, one-sized-fits-all stress test and restrictions on legitimate mortgage choices” should be regularly reviewed, said OREA CEO Tim Hudak in a statement.

”Ontario Realtors are fighting for Canadians who are having their dream of becoming homeowners dashed by bureaucratic overreach in the mortgage market and outdated red tape and expensive regulations restricting housing supply and choice,” he said.

Siddall said such measures would inflate property prices by up to one to two per cent in Canada’s large cities, as well as stimulate more borrowing.

Last month, CIBC World Markets deputy chief economist Benjamin Tal released a report showing that the new mortgage stress tests accounted for at least half of the $25-billion decline in new mortgages started late last year. Tal argued the test was necessary, but could be made more flexible by taking into account rising interest rates, for example.

A TD report released at the end of April said the rules ”contributed to bringing down housing activity to a more sustainable level” but can be tweaked if circumstances change.

It estimated home sales could rise eight per cent and prices six per cent by the end of 2020 compared to current projections if the B-20 regulation was removed immediately – assuming all else remained equal. That amounts to a $32,000 difference in the average Canadian home price relative to the bank’s forecast, with the Greater Toronto and Vancouver Areas seeing a disproportionate impact.

”TD is supportive of the stress test and the government’s efforts to support a soft landing for Canada’s housing sector more generally,” spokeswoman Julie Bellissimo wrote in an email.

Siddall highlighted both banks’ arguments as ”cases evident of moral hazard” since the insured mortgages they offer are backed by a federal government guarantee.

”I doubt they’d be as cavalier if it were their risk,” he said.

Siddall argues that ”the stress test is doing what it is supposed to do.”

Changes to the stress test requirements starting in 2010 have helped keep house prices 3.4 per cent lower nationally than where they otherwise would have been, he said.

”Critics of the stress test ignore the fact that high house prices are the overwhelming reason why home ownership is out of reach.”

Why, 17 months on, do officials in Ottawa still defend this specific anti-consumer & anti-competitive B-20 provision, which lets you avoid a mortgage stress test *only* if you stay with your current lender?#cdnpoli pic.twitter.com/HmZO0cxQYg