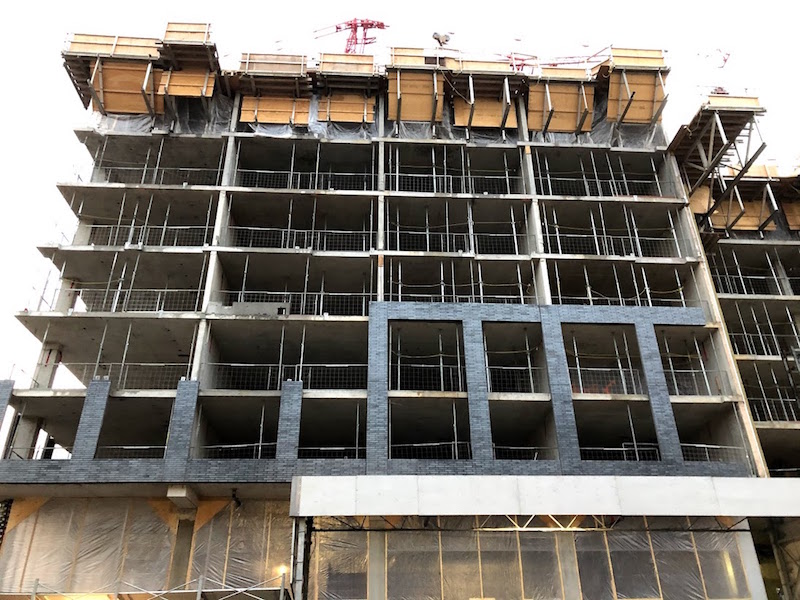 The housing agency says the seasonally adjusted annual rate of housing starts rose to 245,604 in July, up from 212,095 in June.

Economists on average had expected an annual rate of 210,000, according to financial markets data firm Refinitiv.

The increase came as urban starts of apartments, condos and other types of multiple-unit housing projects rose 18.8 per cent to 184,431 in July while single-detached urban starts climbed 12.3 per cent to 47,564.

Rural starts were estimated at a seasonally adjusted annual rate of 13,609 units for July.

“The strength in homebuilding was widespread across all regions, but was, surprisingly, led by the Prairies and Atlantic Canada,” wrote Omar Abdelrahman, an economist at TD Economics. “Indeed, aside from the complete pause in Quebec in April due to restrictions on non-essential economic activity, homebuilding has shown only a muted response to COVID-19, swiftly returning to pre-pandemic levels.”

The six-month moving average of the monthly seasonally adjusted annual rates of housing starts rose to 204,376 in July, up from 199,778 in June.

Despite the upward trend, Bob Dugan, CMHC’s chief economist, said in a statement that he expects homebuilding to slow in the near future. Dugan’s statement cited the negative impact of COVID-19 on economic and housing indicators.

“Despite the housing market’s durability thus far, we continue to see a soft spot ahead given the ongoing lack of immigration and upcoming resumption of many deferred mortgages,” wrote Royce Mendes in a note to clients from CIBC Economics.

“Furthermore, interest from investors for short-term rental condo units in downtown cores has come under severe pressure just as demand dynamics are shifting toward a desire for suburban homes with more space and backyards.”

This report by The Canadian Press was first published Aug. 11, 2020.