OTTAWA — The annual pace of housing starts in December fell compared with November, according to Canada Mortgage and Housing Corp. 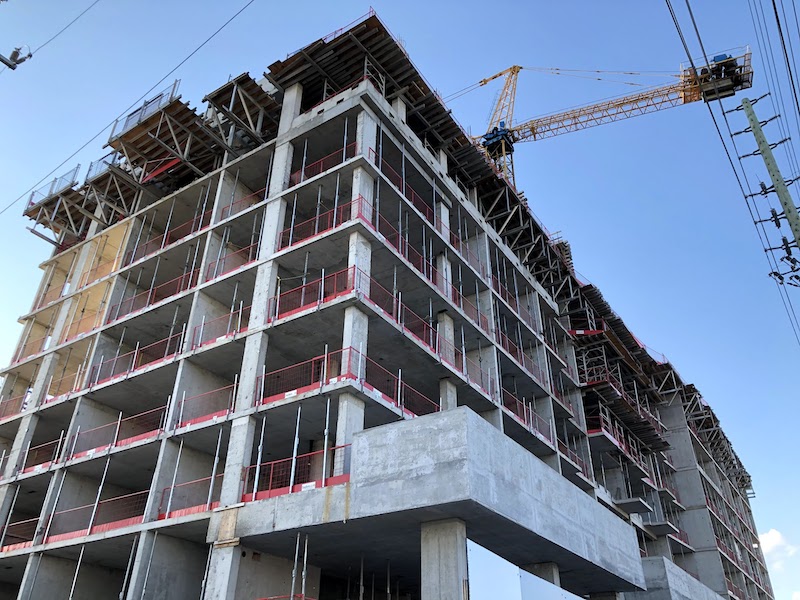 The monthly seasonally adjusted annual rate of housing starts for all areas in Canada, excluding Kelowna, B.C., fell 12.2 per cent in December from November, CMHC said on Monday.

The December survey was not conducted in Kelowna due to the COVID-19 pandemic, but CMHC said Kelowna’s exclusion didn’t impact the overall trends for the month.

Rural starts were estimated at a seasonally adjusted annual rate of 22,373 units.

“December’s decline is unsurprising as some pullback from November’s massive level was to be expected,” wrote Rishi Sondhi, economist at TD Economics, in a note to clients on Monday.

Despite the drop in December, CMHC says the six-month moving average of the monthly seasonally adjusted annual rates of housing starts climbed to 239,052 units for the final month of 2020, up from 236,334 in November.

“Regionally, the December drop was concentrated in Ontario and Quebec, though both provinces saw the best year since 2004,” wrote Priscilla Thiagamoorthy, economist at BMO Capital Markets Economic Research, in a note to clients.

“That’s quite remarkable, especially for Quebec, given the fact that restrictions in the province forced the sector to grind to a halt in April.”

Sondhi of TD Economics wrote that despite a new wave of COVID-19 restrictions in Ontario and Quebec, homebuilders should be “relatively unscathed.”

“Notably, condo projects are allowed to continue, as can other residential projects for which a permit has been granted.”

This report by The Canadian Press was first published Jan. 18, 2021.