By Anita Balakrishnan - The Canadian Press On Jul 9, 2020

Canadian builders started construction on more new condos, apartments and other multi-family homes in June compared to May, despite a slowing pace of building for detached homes in cities. 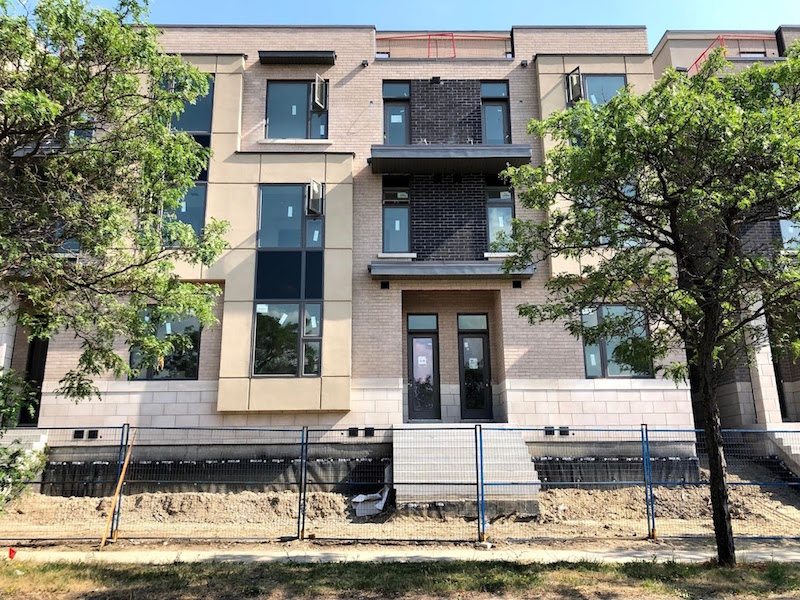 The federal housing agency says the seasonally adjusted annual rate of housing starts came in at 211,681 units in June, up from 195,453 in May.

“Homebuilding has thus far been resilient through the pandemic,” said Rishi Sondhi, an economist at TD Economics, in a note to clients. “This is a much different result from some of the more bearish forecasts out there and represents a stark change from most other industries, which cratered earlier on and are just now beginning their slow recovery process.”

Economists on average had expected an annual pace of 198,000 starts, according to financial markets data firm Refinitiv.

“Against that backdrop it is not so surprising that housing activity has been more resilient than many had been expecting,” wrote Fan in a client note.

Rural starts were estimated at a seasonally adjusted annual rate of 15,006 units.

The six-month moving average of the monthly seasonally adjusted annual rates of housing starts rose to 199,655 in June, up from 197,063 in May.

Sondhi wrote in the TD client note that demand for housing could keep homebuilding activity afloat until 2021, but that in the “medium term,” housing starts should ease as population growth slows.

An economist at CIBC Capital markets linked the surge in housing starts to Ontario, which loosened COVID-19 restrictions on construction later than other provinces. Royce Mendes, executive director and senior economist at CIBC Capital Markets, said that it is possible Ontario and Quebec may still be playing catch-up from slowed construction during the first months of social distancing.

“Furthermore, with immigration on hold given travel restrictions, demand for housing isn’t growing at the same pace it was prior to the pandemic. As a result, we continue to see scope for a softening in Canada’s housing market over the coming months,” wrote Mendes in a note to clients.

This report by The Canadian Press was first published July 9, 2020