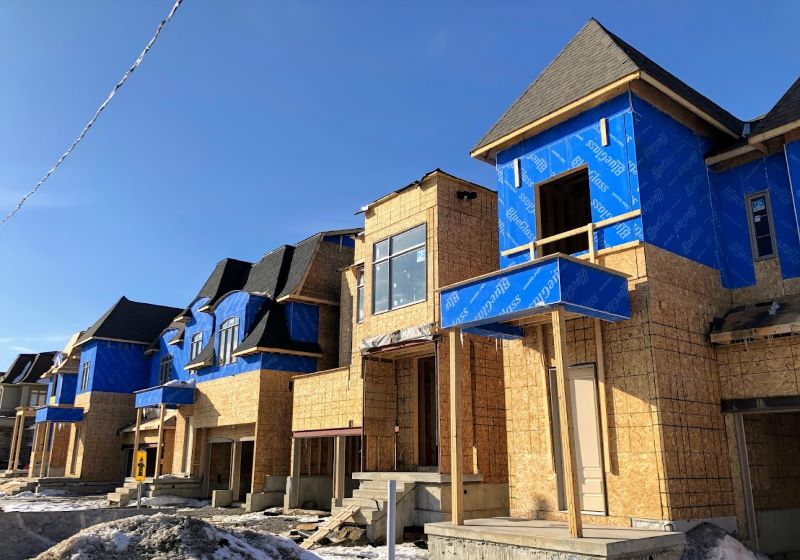 The national housing agency says the seasonally adjusted rate of housing starts came in at 247,256 units for February, up from 229,185 in January. 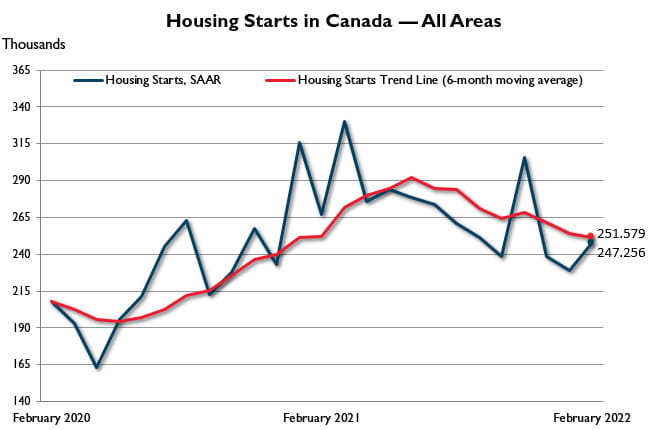 The annual rate of urban starts of apartments, condos and other types of multiple-unit housing project gained 13 per cent to come in at 161,912, while single-detached urban starts increased two per cent to finish at 60,651.

The six-month moving average of the monthly seasonally adjusted annual rates of housing starts was 251,579 in February, down from 253,864 in January. 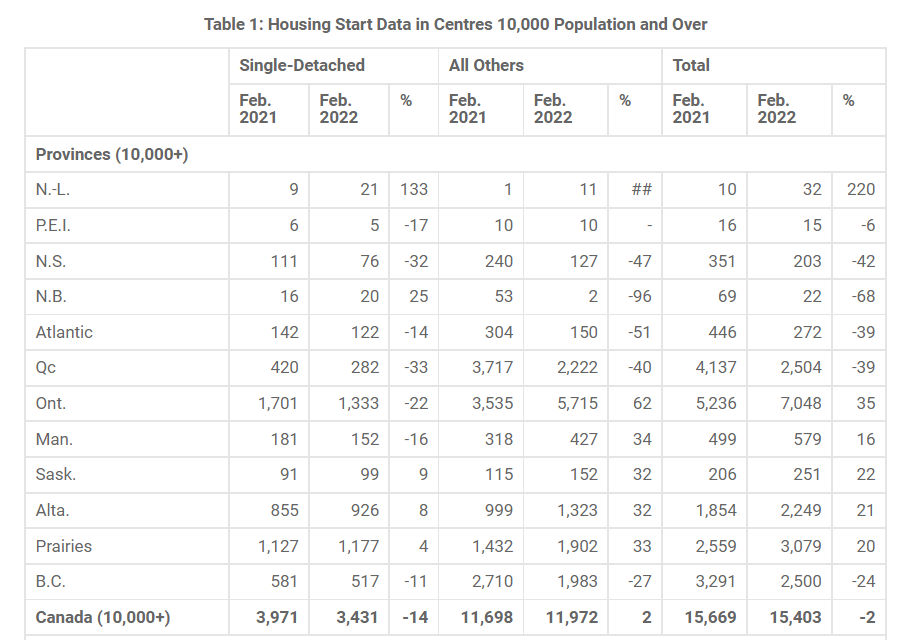 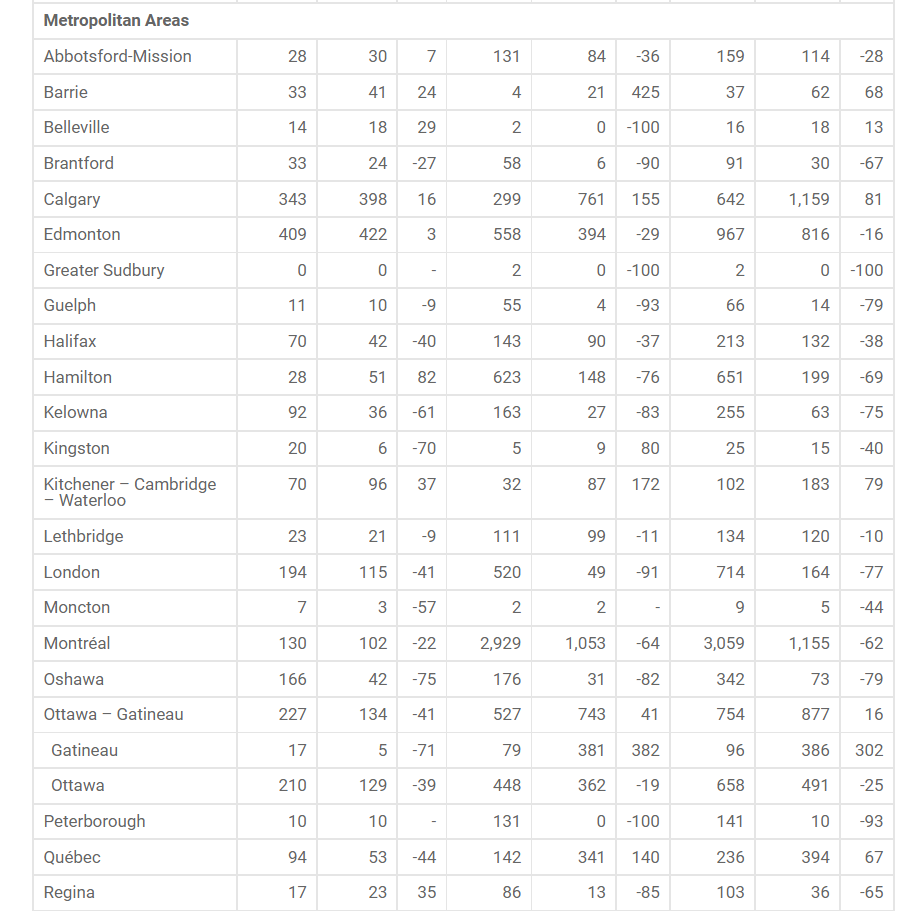 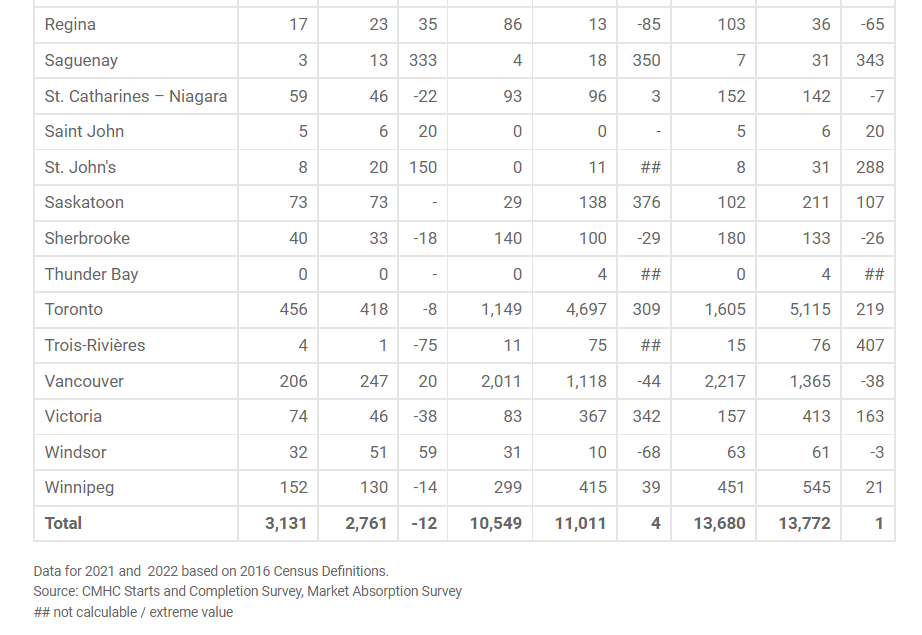 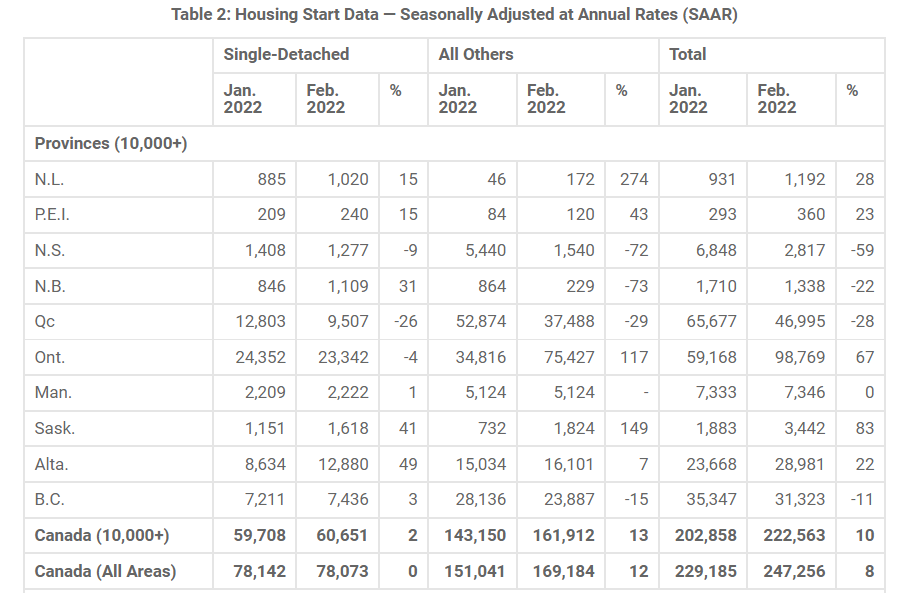 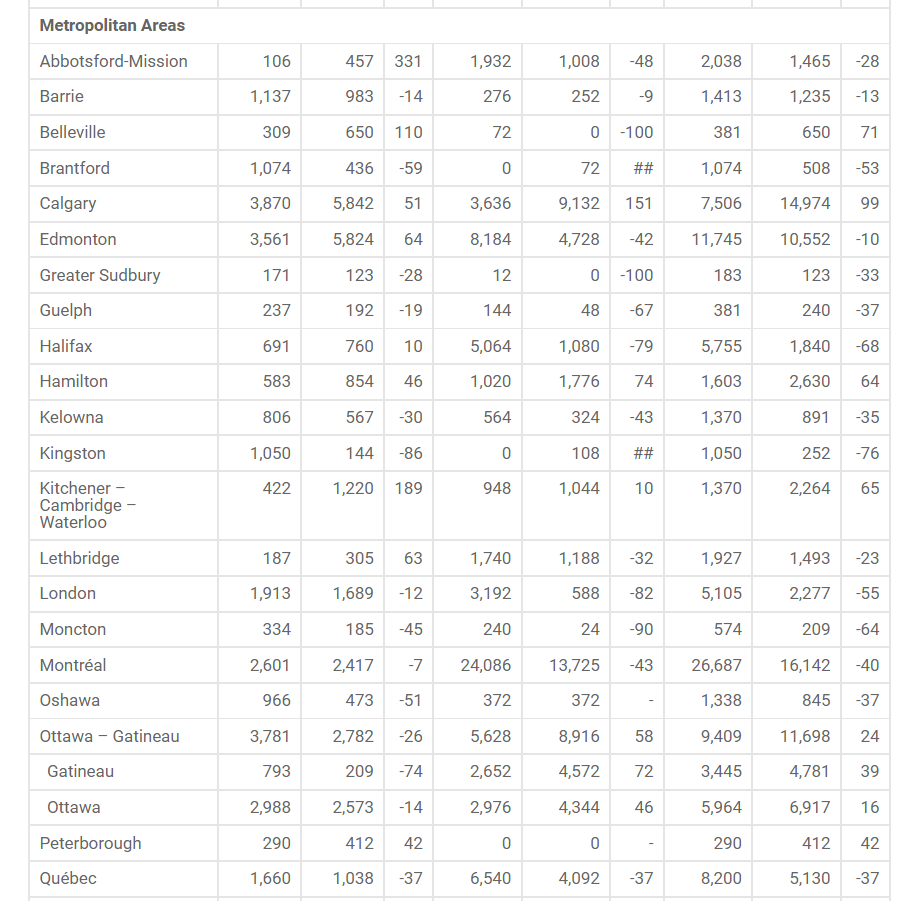 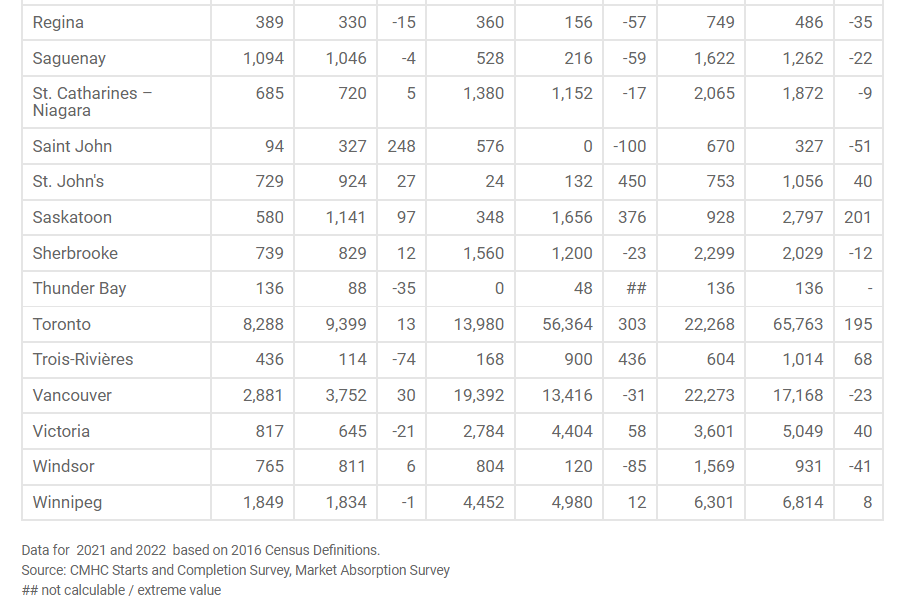 This report by The Canadian Press was first published March 15, 2022.