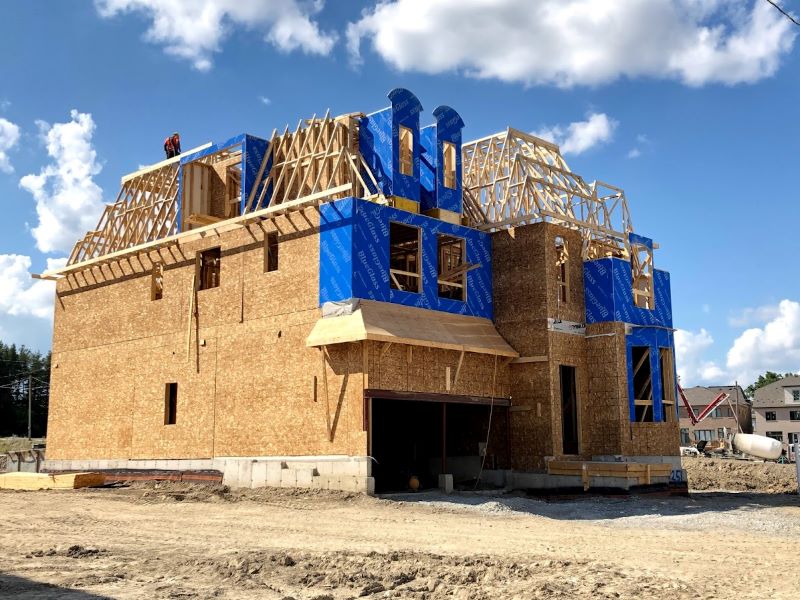 OTTAWA – The annual pace of housing starts in September fell compared with August as they continued to slow from their highs reached earlier this year.

Canada Mortgage and Housing Corp. said Monday the seasonally adjusted annual rate of housing starts last month was 251,151 units, down 4.4 per cent from 262,754 in August.

“While that’s well off the peaks seen earlier this year, it’s still stronger than the pre-COVID trend of just above 200,000,” Mendes wrote in a note to clients.

“Demand for housing in Canada remains strong, but permits have been slowing lately, potentially due to supply constraints for both labour and materials.”

The annual rate of urban starts for apartments, condos and other types of multiple-unit housing projects dropped four per cent to 165,861, while the rate of single-detached urban starts fell 5.9 per cent to 57,194 units.

The six-month moving average of the monthly seasonally adjusted annual rate of housing starts was 271,068 in September, down from 284,757 in August.

Last week, the Canadian Real Estate Association reported September home sales edged up on a month-over-month basis for the first time since March.

The association said Friday that home sales for the month amounted to 48,949, their second-highest ever for September and a 0.9 per cent increase from 48,498 in August.

However, sales were down 17.5 per cent from September 2020, when a record was reached for the month. 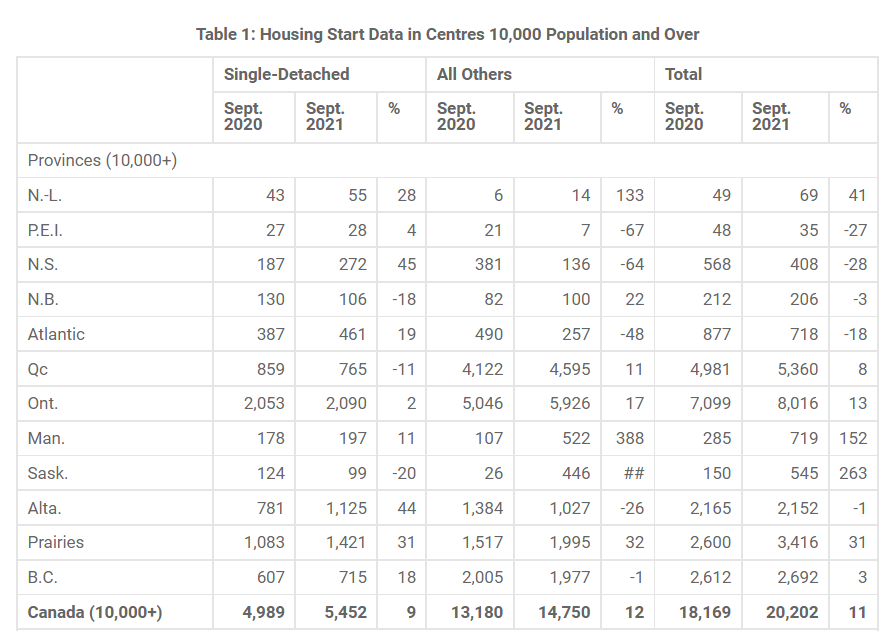 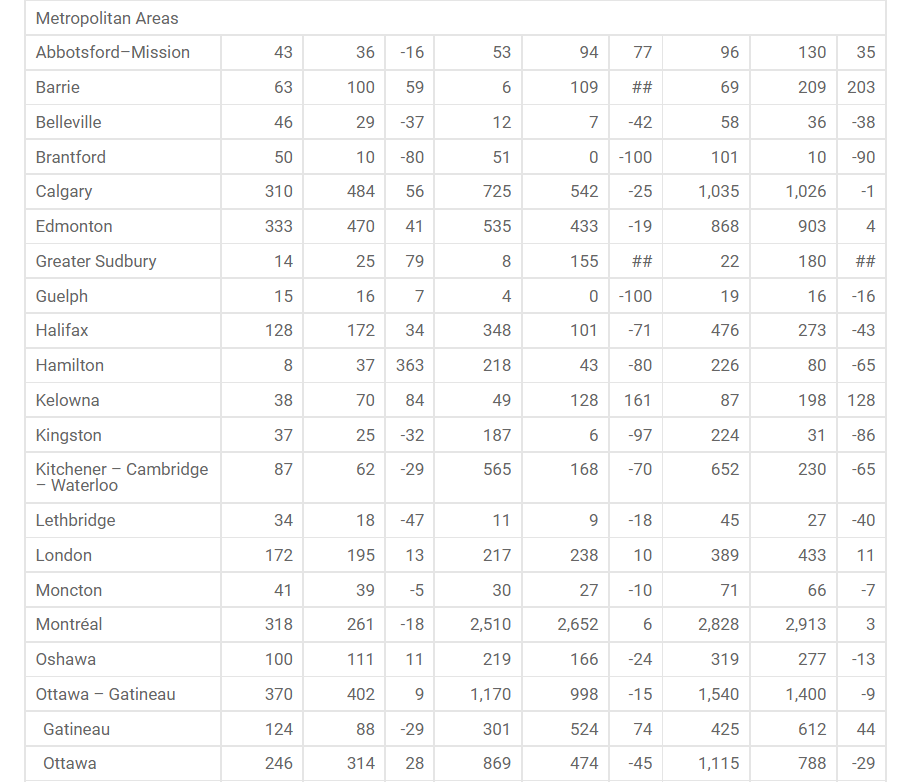 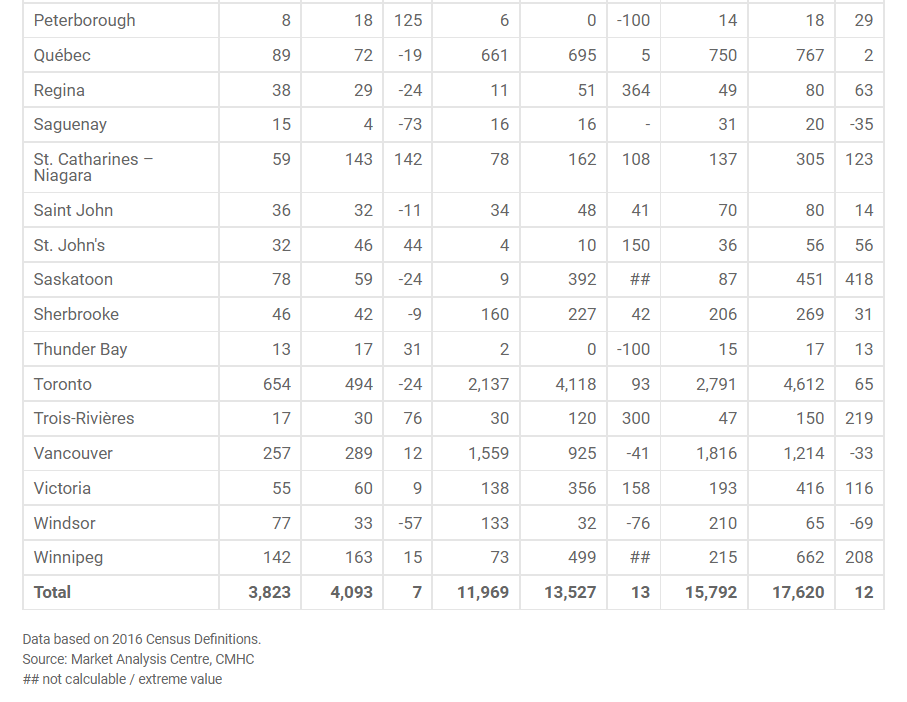