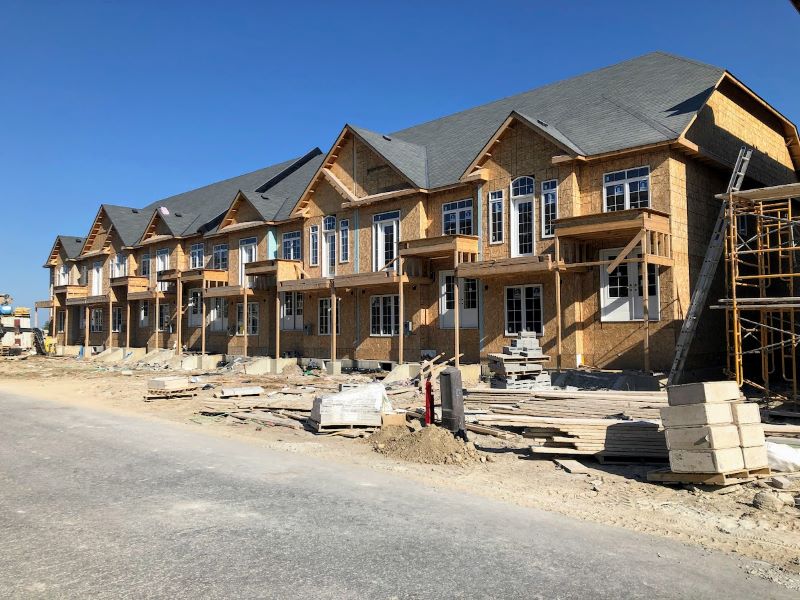 OTTAWA — Canada Mortgage and Housing Corp. says the annual pace of housing starts in June slowed compared with May.

The national housing agency says the seasonally adjusted annual rate of housing starts came in at 273,841 units for June, down three per cent from 282,188 in May.

The drop came as the annual rate of urban starts fell three per cent to 257,438 units in June. 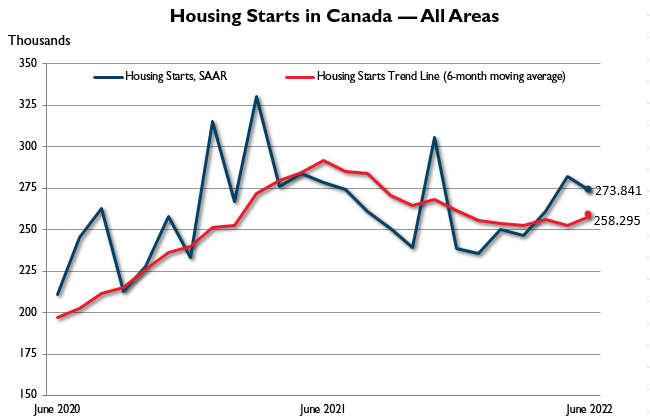 The annual pace of urban starts of apartments, condos and other types of multi-unit housing projects dropped two per cent to 197,022 units, while the rate of single-detached urban starts decreased four per cent to 60,416 units.

Rural starts were estimated at a seasonally adjusted annual rate of 16,403 units.

The six-month moving average of the monthly seasonally adjusted annual rate of housing starts was 258,295 in June, up from 252,444 in May. 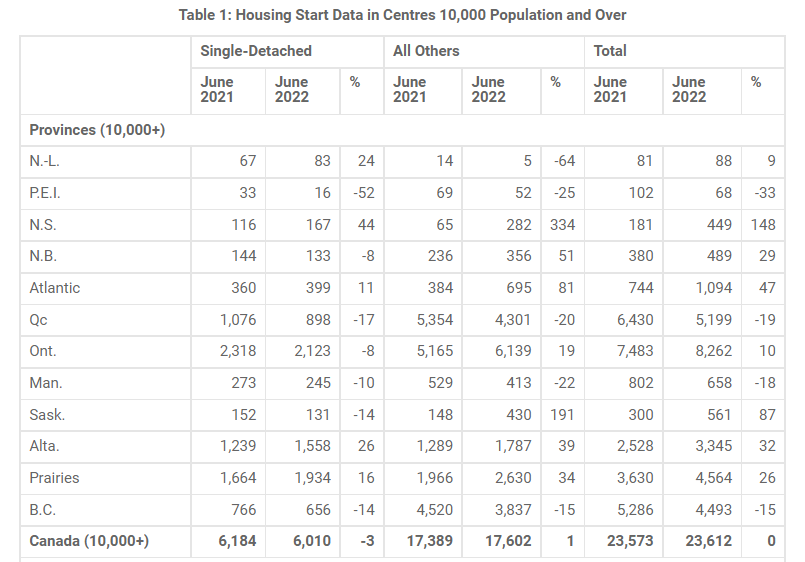 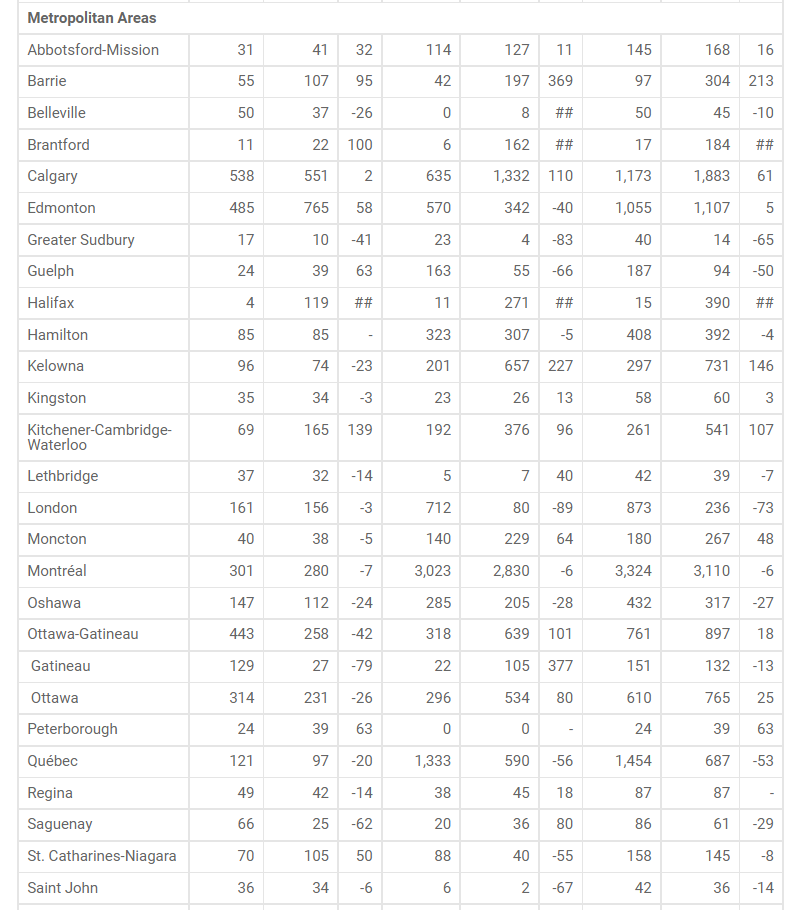 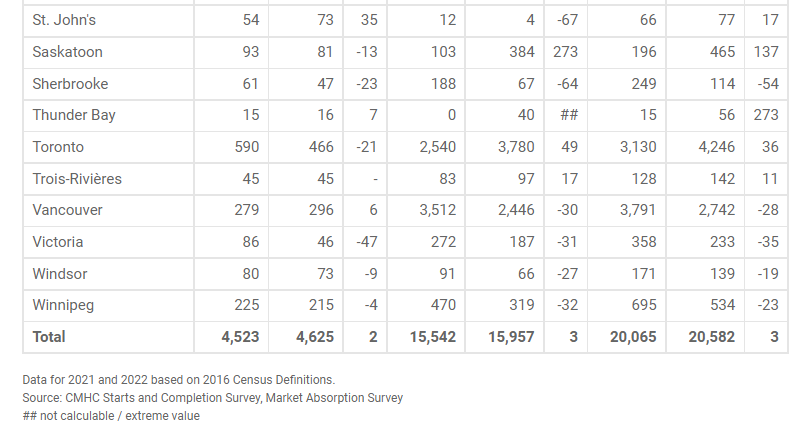 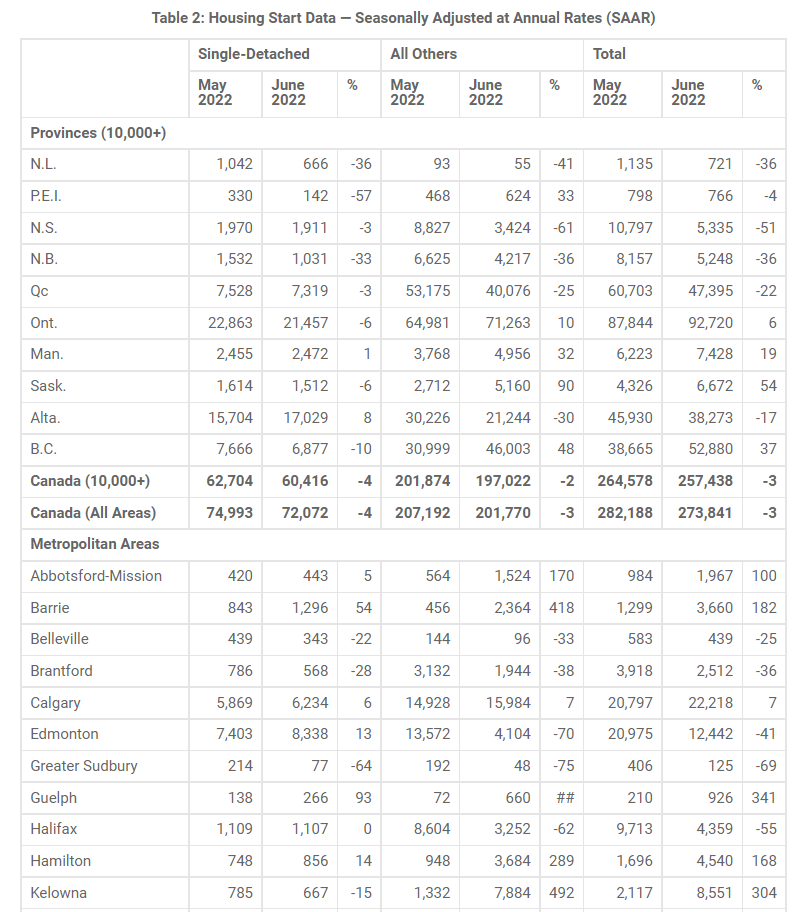 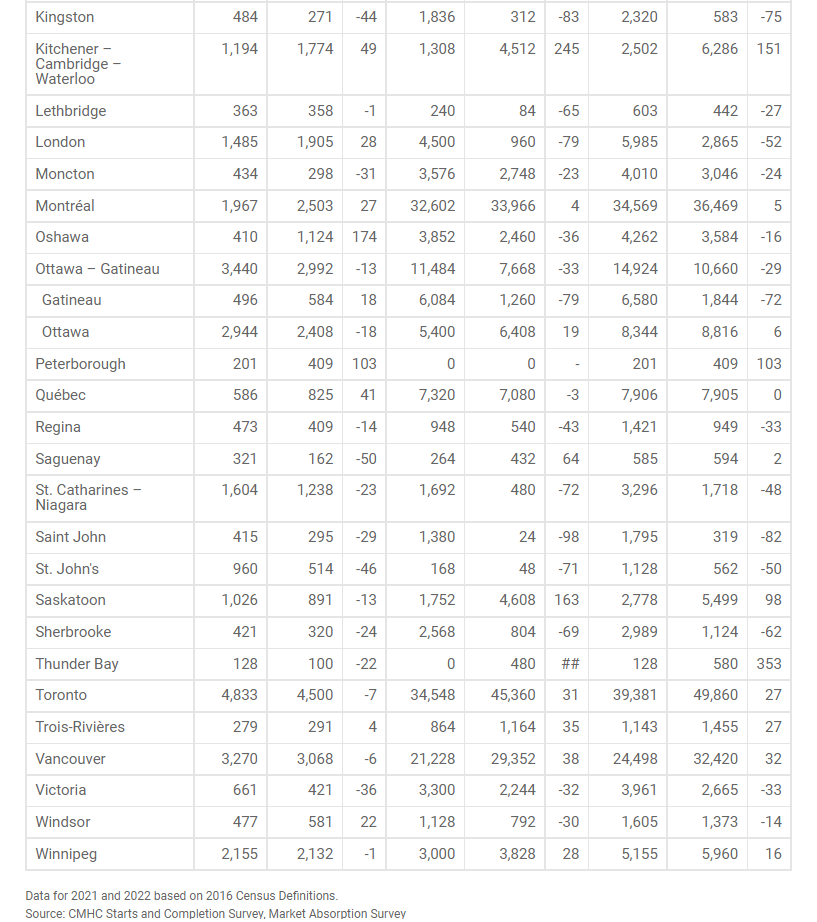 This report by The Canadian Press was first published July 18, 2022.