Calgary Municipal Land Corporation (CMLC) and the Calgary Stampede have announced a joint partnership for the development of a new convention centre hotel that will complement the expansion of Calgary’s BMO Centre. 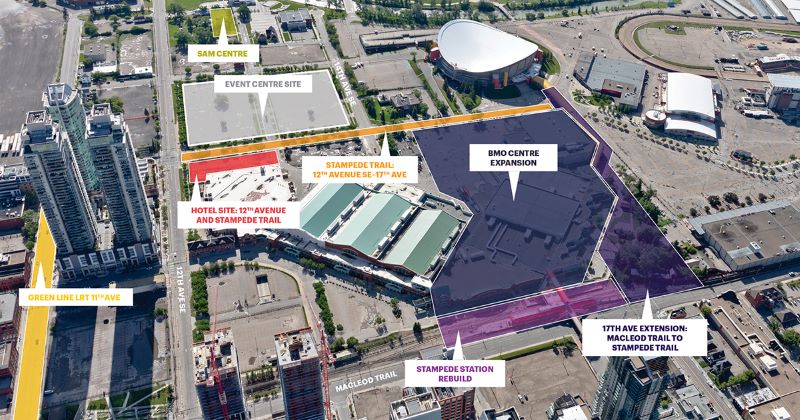 “Today marks a major step forward in the development of the C+E District, and we are thrilled to be announcing our development agreement with Matthews Southwest Hospitality and our partners at the Calgary Stampede,” said Kate Thompson, CMLC’s President and CEO. “With the expansive construction on the BMO Centre moving along, we have been focused on securing a development partner to support the evolving needs of conventions and events in this area. Matthews Southwest Hospitality brings deep experience in hotel development befitting of the world-class convention venue it will sit adjacent to. This development agreement is a very positive indication of things to come, and just one example of how investment in the district, and in projects like the BMO Centre expansion, is already generating economic benefit and spurring further development in the area.”

The hotel site, a 31,000 sq. ft. parcel on the southwest intersection of Stampede Trail and 12 Ave S.E., is in a prime location in The Culture + Entertainment District, at the north entrance to Stampede Park and just steps away from the expanded BMO Centre, the Saddledome, Cowboys Casino and dozens of restaurants and retailers. 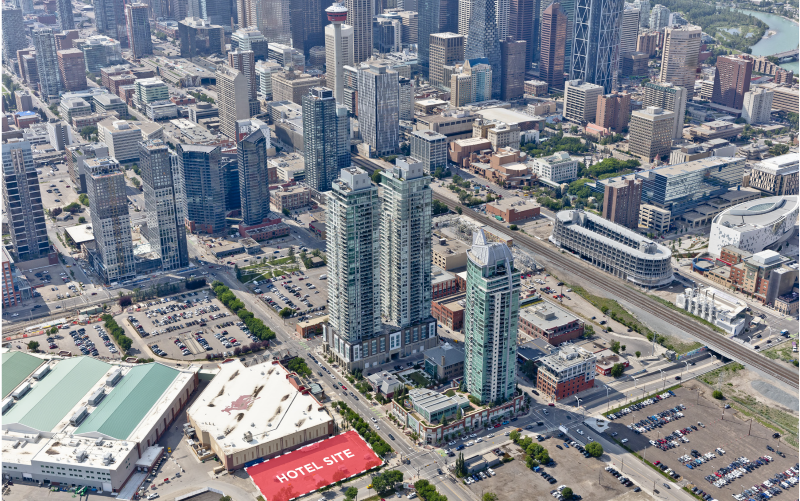 The BMO Centre Convention Hotel will also front the redeveloped Stampede Trail which, when completed in 2024, will serve as a vibrant retail and commercial corridor, a multi-modal connector and, for special events, a pedestrian-only space.

Next steps on the approximately $80 million dollar development will involve a comprehensive design stage to plan its thoughtful integration into the District and physical connection to the BMO Centre. The hotel is being planned as a 4-4.5 diamond boutique lifestyle hotel offering a minimum of four food and beverage offerings, and expanded amenities including a fitness centre and 11,000 sq. ft. of meeting space.

“A best-in-class venue like our expanded BMO Centre will be well supported by a hotel of this caliber, with premium amenities and unique product offerings directly aligned with our renowned Stampede hospitality,” said Joel Cowley, Calgary Stampede’s CEO. “As we prepare to welcome the world to Western Canada’s largest convention venue in 2024, we look forward to working with CMLC and Matthews Southwest Hospitality to realize the vision for this important addition to Stampede Park.”

Construction on the hotel is anticipated to begin in 2024.

Ford to Crombie, mayors criticizing housing law: ‘Get on board’ and ‘stop whining’