Co-working companies adjust to running shared workspaces in a pandemic

TORONTO — Flexible short-term workspaces from companies like WeWork, Spaces or Regus were once hailed as the future of the office as more people branched off into startups, freelance and gig work that allowed them to work from anywhere, with only intermittent need for offices. 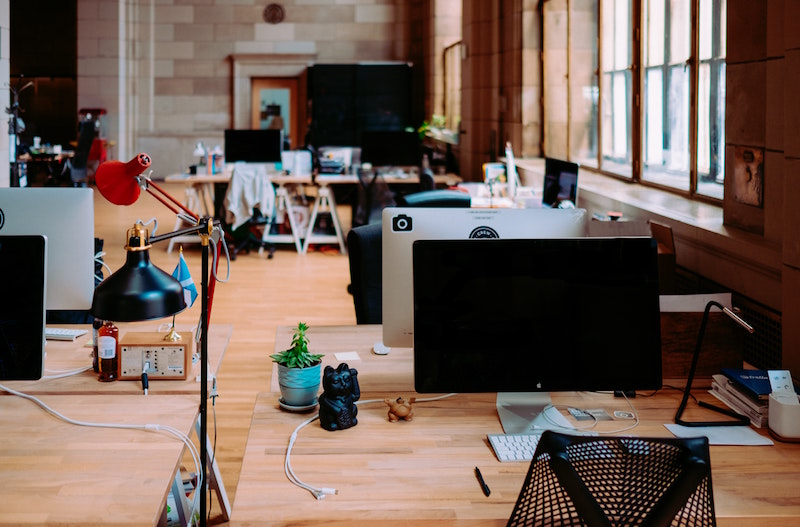 As the concept matured, larger businesses moved to fill some of the spaces, looking to offload empty buildings and expensive lease agreements from their balance sheets. At WeWork, the enterprise division accounted for more than 50 per cent of its core revenue for the first time in the second quarter of this year.

Then the COVID-19 pandemic arrived. Many businesses rushed to set up staff for remote working, and others have vastly different office setups thanks to physical distancing protocols.

WeWork drastically cut capacity in shared spaces to promote distancing, filling every other desk in shared spaces once touted as networking melting pots. Large lounges have been cut to 18 seats from 25, while smaller lounges have had occupancy cut to six from 10, or to four from six. Meeting room capacity has also been halved, according to the company’s guidebook.

WeWork Canada vice-president Stephen Tapp said that despite capacity cuts, the company has not seen a dent in sales because the enterprise business involves other companies who manage their own capacity — and in many cases need additional space to spread out their employees.

Colin Scarlett, executive vice-president of Colliers Canada, said he has had several clients move to smaller head offices, but supplement with client-facing flex space from a co-working company.

“To pick up and move into either a smaller space or potentially a bigger space, there’s a capital cost component to that: You need to build walls, put carpet down, buy furniture. Where if you move to a co-working company, the co-working company spends all that money for you,” said Scarlett.

Canadian co-working company Workhaus previously catered to companies with four to 12 workers, with no one firm dominating the culture in Workhaus’ shared spaces. Unfortunately, some of those upstarts simply can’t afford to keep an office space anymore, even a small, shared one.

“Like most other co-working spaces, a key difficulty is that we take on all the exposure in the long-term lease. And in return, we offer completely flexible rental terms,” said Workhaus partner and chief operating officer Ryan Speers. “Young startups and small businesses have been impacted severely … we saw a significant, substantial drop in revenue immediately, as soon as the lockout came into effect.”

Speers said it makes sense that larger companies may cancel their long-term leases downtown, and instead rotate staffers in and out of smaller, flexible workspaces like Workhaus, which now offers services for the COVID-19 era such as scheduling desk availability and collecting information for contact tracing.

But even before COVID-19, co-working spaces were not easy to operate. WeWork was losing money and cut 20 per cent of its workforce in 2019. The pandemic has also tarnished many of the previously alluring aspects of co-working spaces: locations in crowded downtown cores, open-concept shared floorplans and social and educational events.

CBRE research estimated that between the end of 2017 to 2019, there was a 79 per cent increase in the number of square feet dedicated to co-working in Canada — but two players, WeWork and IWG, own nearly 60 per cent of the Canadian market.

That mass scale has only become more important as people return to work in a pandemic, said Wayne Berger, Toronto-based CEO of IWG Americas, which operates Spaces and Regus.

“We are seeing companies turning to their employees and giving them options,” said Berger. “Employees are still concerned about utilizing mass transit, are trying to determine what the back-to-school word looks like. Workers aren’t fully able to determine what their schedule looks like, and also there’s different levels of comfort in coming back to a downtown urban core … we are seeing a very high demand in suburban locations and also places like Regina, (Ontario cities) Barrie, Oakville, Mississauga, Markham, Hamilton, (and B.C.’s ) Burnaby, Richmond. It gives people some options to work closer to where they are.”

As co-working spaces become increasingly corporate, small independents such as Toronto’s The Workaround are positioning themselves as local businesses that offer more safety and mental health benefits to people who don’t want to be exposed to large or busy shared spaces where contagions could spread.

“The success of co-working will be in niche (co-working spaces),” said Amanda Munday, founder and CEO of The Workaround. “It’s like a gym. I’m a little worried to go back to a big corporate gym where you don’t know who’s coming in the door. But I’m willing to return to my local studio, because it’s the same 10 people I see all the time from the neighbourhood.”

A big pre-COVID selling point for the company was drop-in desks, used by upward of 700 people since the company opened in 2018. The desks were ideal for individuals working on a big deadline who needed a few weeks of focus here or there, said Amanda Munday, whose client base centred on entrepreneurs who needed on-site childcare.

Despite the droves of beleaguered working parents — cooped up at home and craving a desk and colleagues to chat with during the pandemic — that “hot-desking” model is no longer viable. The Workaround has had to pivot to monthly memberships for desks that can only be used by members of the same household.

“We all know it’s impossible to work at home, it’s really difficult with two working parents — a disaster by anyone’s definition,” said Munday.