MONTREAL – After making good progress filling empty retail spaces left behind by Target Canada, Quebec’s largest commercial property owner is yet again facing the challenge as Sears prepares to vacate all its stores in Canada.

“We were recovering well from Target and unfortunately we are now being hit by Sears,” incoming Cominar REIT CEO Sylvain Cossette said Friday during a conference call about its third-quarter results.

The Quebec City-based company owns properties that held seven Zellers stores whose leases were taken over by Target. 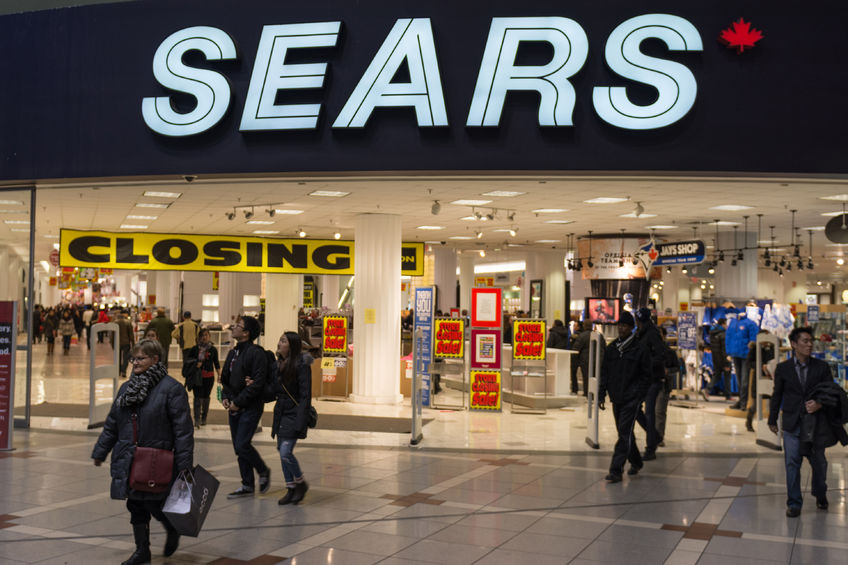 There are also six Sears stores in its malls that represent 0.6 per cent of its current operating revenues. It is trying to buy a seventh smaller location in Trois-Rivieres, Que., owned by Sears.

“We’ve been very proactive in trying to market the space and we are having discussions with certain tenants,” he said.

The efforts are coming after Cominar (TSX:CUF.UN) said it made steady progress chipping away at filling the Target locations by adding Marshalls and other retailers.

The spaces are now 75 per cent leased and it is in discussions with prospective tenants for another 19 per cent of the space.

Cossette said the new leases are generating much higher rents than was paid by the U.S. giant before it fled Canada in 2015.

“At 75 per cent (occupancy), we are approximately 10 per cent above our total target revenue,” he told analysts.

Still, the prospective loss of Sears and challenges with the rest of its Canada-wide portfolio of retail, office and industrial space caused it to reduce its annual distribution to unitholders.

Cominar is also in the process of selling 100 properties outside Quebec and the Ottawa region, announced in August following a ratings downgrade.

It has hired RBC Capital Markets Realty and CBRE and hopes to have buyers for most locations by mid-2018, likely starting first with the Greater Toronto Area.

“We are aiming for an initial meaningful block of properties to be under contract in the first quarter of 2018,” CEO Michel Dallaire told analysts in his last call before Cossette takes over the role in January.

Cossette said the company has been fielding calls from interested buyers as market conditions are holding up, although Calgary remains challenging.

“We still have very strong interest and demand for the portfolio,” he added.

Cominar said its third-quarter profit decreased 17 per cent from a year ago when it received payment from the settlement of a claim against Target Canada.

It earned $64 million during the three months ended Sept. 30, compared to $77.5 million a year earlier.

Last year’s results included $10.7 million in proceeds from the settlement with the U.S. retailer as well as from the sale of some properties.

Cominar said recurring funds from operations were $65.3 million, down from $68.5 million a year earlier. That translated into 35 cents per unit, down from 40 cent per unit last year, but three cents below analyst forecasts, according to Michael Markidis of Desjardins Capital Markets.

The REIT sold four non-core assets for $6 million in the quarter, Markidis wrote in a report.