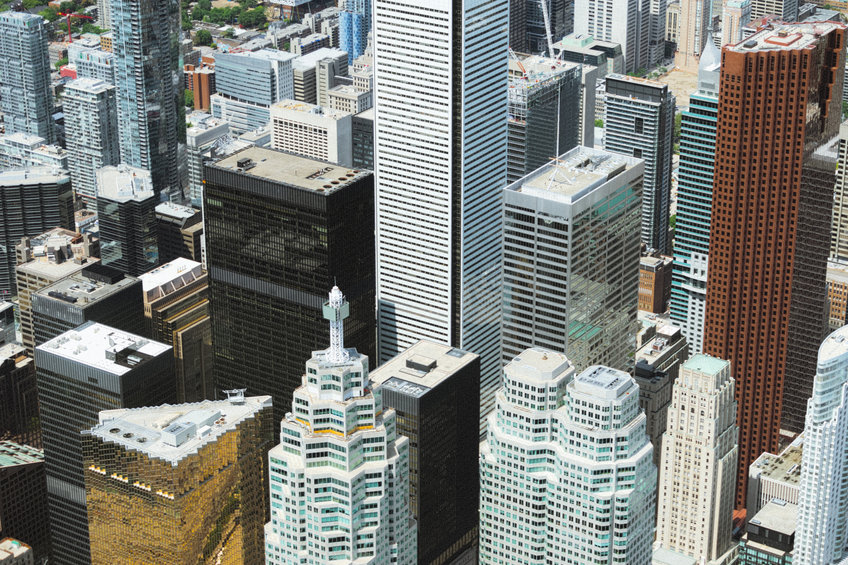 TORONTO – At the outset of the Covid-19 pandemic, Colin Bates could only watch helplessly as many of his clients shut their offices and sent people home.

“The world changed dramatically for us here at that time as well,” said the owner of several Jan-Pro commercial cleaning franchises in Ontario. “The next two weeks were terrifying for us because almost a third of our customer base called us up and stopped services.”

Before long however, the company saw a sharp increase in demand for disinfection services and enhanced cleanings for the businesses that remained open, as employers looked to try and make the environment safe and reassure staff. Some large companies wanted the services daily, or even every few hours, he said.

The extra demand helped buffer the cleaning industry during the shutdowns, and companies say business is returning to normal even as many office buildings across the country remain sparsely staffed or empty.

“We continue to have strong demand for our business; we’re pretty much back at pre-COVID levels now,” said Bates, who also heads the Ontario division of Jan-Pro.

“A big part of this is we need to help our customers, employees and visitors feel comfortable being back in the office,” he added.

The company places decals at entrances, certificates in employee areas, and tent cards at reception to let people know the business has been disinfected.

He said that the vast majority of businesses they serve have returned, although some have gone under. They also picked up new business when other cleaning operators shut down during the pandemic.

But while activity has improved, Bates said the Delta variant has stalled reopenings for the past three or months now, and business hasn’t grown to where he expected it would be.

“The business has not picked up in the way we were hoping it would have at this point.”

Some larger players have seen growth during the pandemic, despite being exposed to the downtown office market that has seen so much pullback.

Quebec City-based GDI Integrated Facility Services Inc., one of the biggest operators in the space and one of the few publicly traded ones, said in its latest quarterly earnings that it had seen a 14 per cent increase in revenue compared with a year earlier, and an eight per cent gain when controlling for the unusual dip in 2020 revenue caused by the initial response to the pandemic.

“The COVID-19 pandemic continued to positively affect most of our businesses during the quarter,” said Claude Bigras, chief executive of GDI on their earnings call in August.

He said that the company, which cleans large offices as well as a wide range of other facilities like hospitals and hotels in both Canada and the U.S., has seen about 80 per cent of its usual business return.

Whiles some businesses have still not fully or even partially returned to the office, Bigras said the company has found that additional specialty services like high-frequency cleaning has made up for the shortfall in the number of businesses they serve.

There continues to be speculation about how many businesses will make remote work more permanent, which could reduce the demand for cleaning, but the companies are banking on a return to work.

“I think the trend is to come back to the office,” said Joseph Imbrogno, president of JDI Cleaning Systems in Burlington, Ont. “We have hundreds and hundreds of customers, they’re ramping up to get back to work.”

But he notes that it isn’t likely to happen quickly. Many customers he speaks with say they want to get back to about 75 per cent capacity over the next six months.

In the meantime, Imbrogno said he continues to see fairly steady demand, even if it sometimes means going in less frequently because there are so few people in the office.

“You’d be surprised at how many offices, even though they were sort of skeleton staff, owners still invested in cleaning services to keep the folks that were there as safe as possible.”

This report by The Canadian Press was first published Oct. 8, 2021.