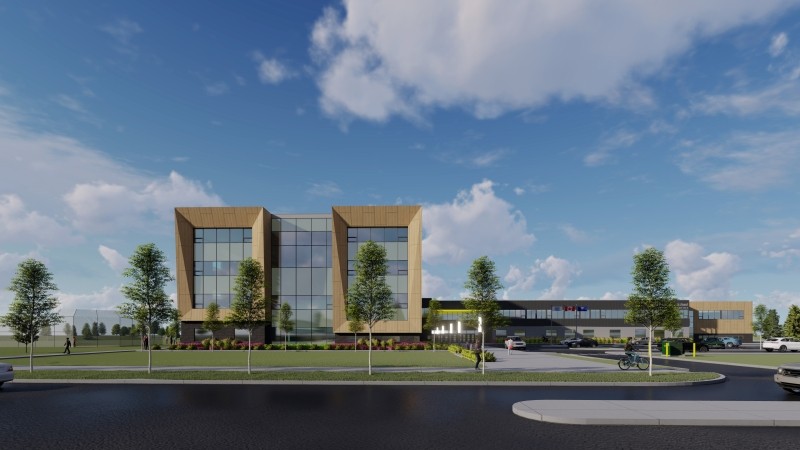 “The event showcases projects, companies and individuals who are going the extra mile to create innovations and concepts that will act as reference points for the future of infrastructure development and delivery,” said Paul Jarvis, Editor, P3 Bulletin, host of the award ceremony.

The Project is led by Concert Infrastructure with primary partners Bird Construction, Wright Construction, Ainsworth and the Government of Alberta (“GOA”). The project requires the partners to design, build, finance and maintain five new high schools (including the largest in Alberta’s history) in four different municipalities (Leduc, Blackfalds, Langdon and Edmonton) for five different school jurisdictions.

The recognition of P3 Award acknowledges the collaborative efforts of the entire team as well as the GOA’s proven use of bundling projects through the Public Private Partnerships (“PPP”) model, particularly through schools.

The P3 Awards judges considered this scheme to be “a ‘blueprint’ for other school projects to follow…and welcomed the ability of the team to get such a complex project through procurement despite headwinds such as the Covid-19 pandemic.”

“On behalf of our partners, I am very proud to accept this award which not only validates the P3 model in delivering critically needed schools, but also speaks to the level of innovation and value for money that such a partnership brings to Alberta, as it has on previous projects here and across Canada. I am gratified to see this approach seen as a template to meet the demands of growing communities. Concert Infrastructure looks forward to continuing its vision of strengthening the economic and social fabric of Canadian communities,” said Derron Bain, Managing Director of Concert Infrastructure.