Residential real estate market statistics for the Quebec City Census Metropolitan Area (CMA) for the month of February have been released by the Quebec Professional Association of Real Estate Brokers (QPAREB), based on the real estate brokers’ Centris provincial database.

“The decrease in active listings continued in February with a record-setting drop for single-family homes (-61 per cent) but also for condominiums (-32 per cent). This latter property category outperformed single-family homes in terms of sales, as condo transactions jumped by 50 per cent, tipping condominium market conditions in favour of sellers for the first time since October 2011,” said Charles Brant, director of market analysis at the QPAREB. 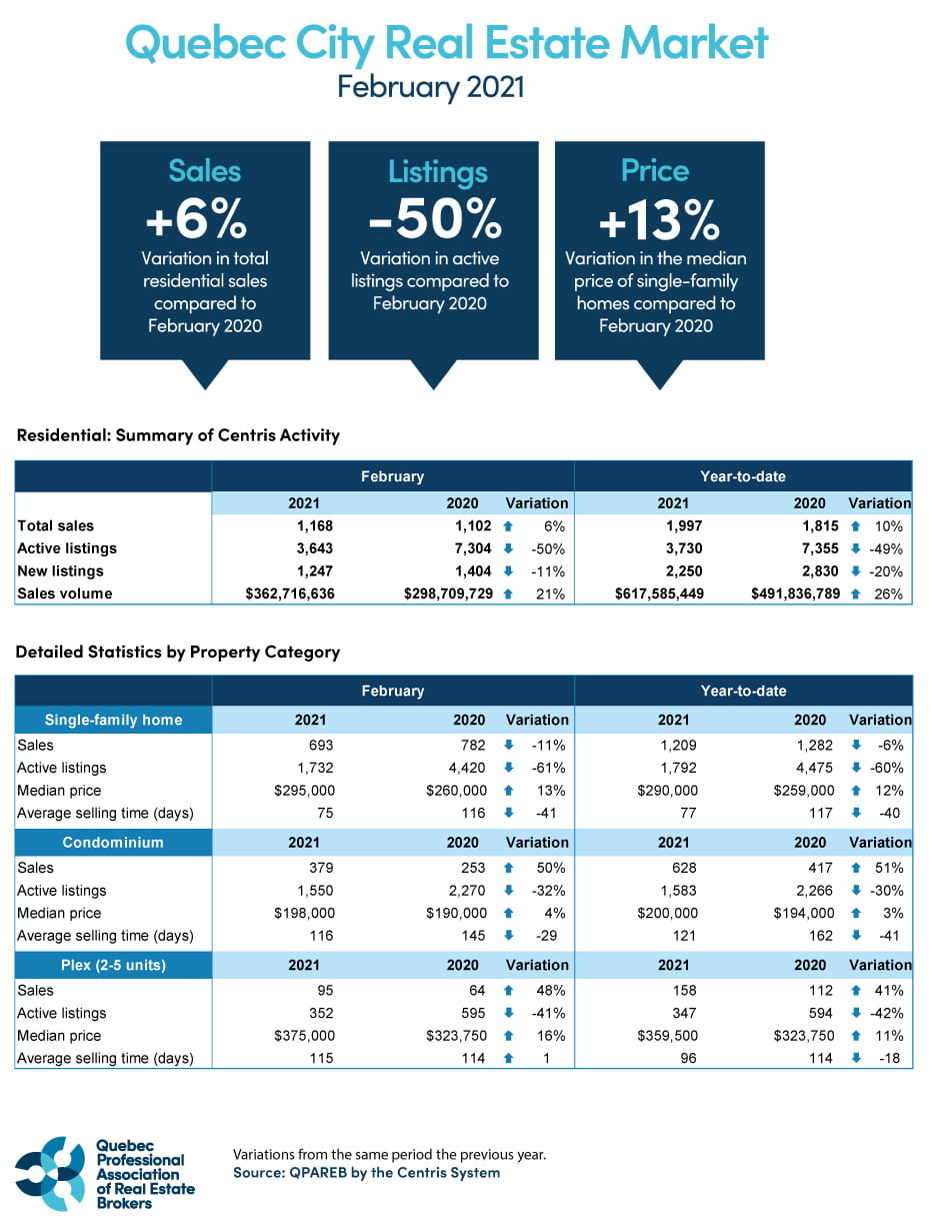