According to the monthly National Rent Report from Rentals.ca and Bullpen Research & Consulting, average monthly rents were down in April over March in Toronto, Vancouver, Calgary and Ottawa. 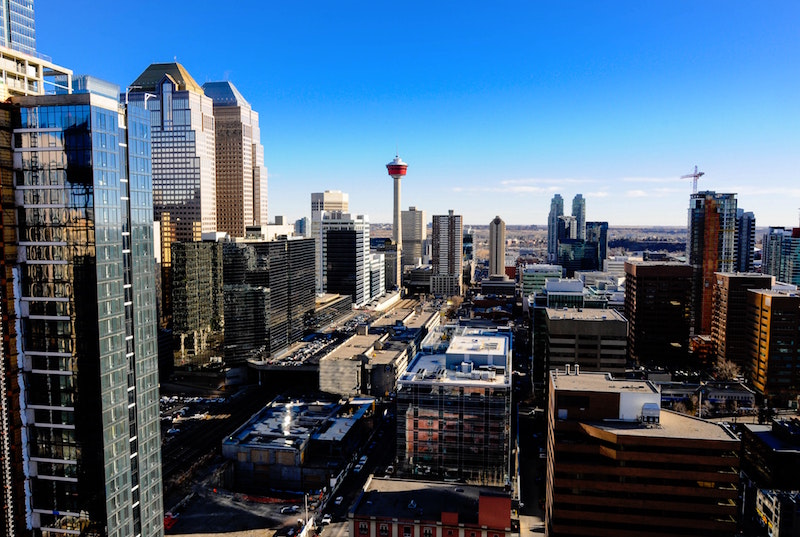 Although average rents in Canada were unchanged in April over March, rental apartments and condo apartments listed on Rentals.ca were down 3.2 per cent and 4.6 per cent respectively month over month.

The report states that the coronavirus pandemic is starting to have an effect on the rental market as cities and areas have declined in average rent for rental apartments and condos, with the exception of Montreal and Regina.

Several areas saw double-digit decreases — the former municipality of York saw a monthly decline of 12.6 per cent, with Edmonton and London both declining by 11.3 per cent.

Victoria and Ottawa decreased by 8.7 per cent, while Calgary and Winnipeg declined 7.6 per cent. Vancouver and Toronto declined by 6.8 per cent and 6.0 per cent respectively. 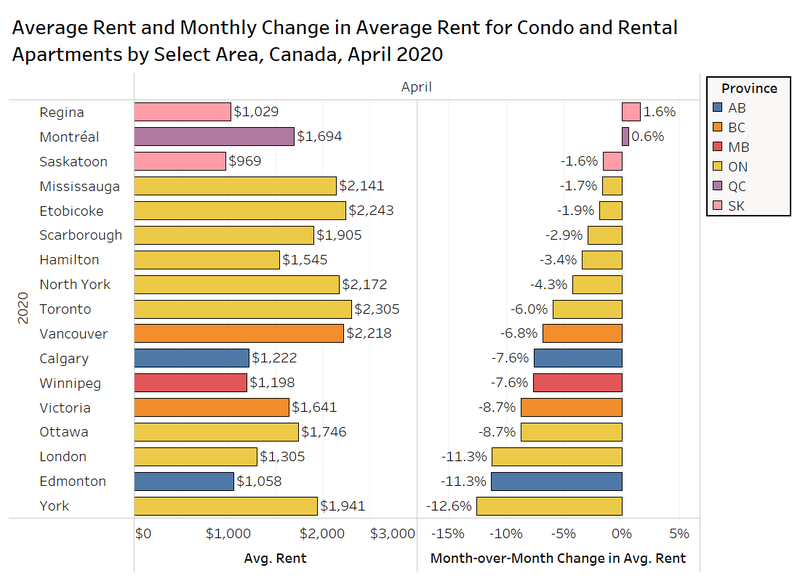 Toronto led all 33 cities on the list for average monthly rent in April for a one-bedroom home at $2,125, and for a two-bedroom at $2,669. Eight areas of the Greater Toronto Area finished in the top 10 for most expensive rent in Canada.

Commute times to work play a role in where prospective renters search for a place to live. On average people in the Vancouver Census Metropolitan Area (CMA) are looking for a place to live 16 kilometers away from their place of employment in April, down slightly from 17 in March, according to Local Logic.

Prospective tenants in the Toronto and Montreal metro areas are looking for a rental the same distance away from work at 14 kilometers. 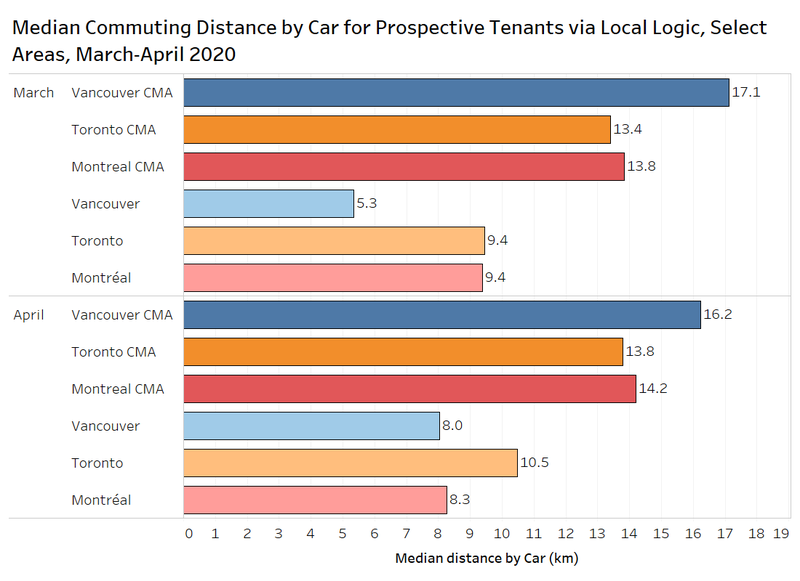 There has been much talk about COVID-19’s impact on the short-term rental market with travel restrictions in place. This can play out with more furnished apartments listed for long-term renters.

On a provincial level, Ontario had the highest rental rates in April, with landlords seeking $2,141 per month on average for all property types. British Columbia had the second highest rental rate at $1,946 per month, while Newfoundland and Labrador had the lowest at $1,001.

Average rent declined from March to April in Alberta (5.7 per cent); Ontario (4.6 per cent) and British Columbia (0.7 per cent).

In Toronto, the areas experiencing the biggest declines are the prime downtown markets ranging from an 8 per cent to 13 per cent decline month over month.

The Yorkville area has also experienced a decline of 9.4 per cent monthly. According to the report, these areas have plenty of AirBnB activity, which has likely depressed rental rates.

“The average rental rate for all listings on Rentals.ca in Canada did not decline in April, but the COVID-19 pandemic is having a big impact on the national rental market in Canada,” said Ben Myers, president of Bullpen Research & Consulting. “Larger single-family and townhouse units are remaining on the market, pulling the average rent up, while other major landlords are offering a free month of rent or other substantial incentives to entice tenants.