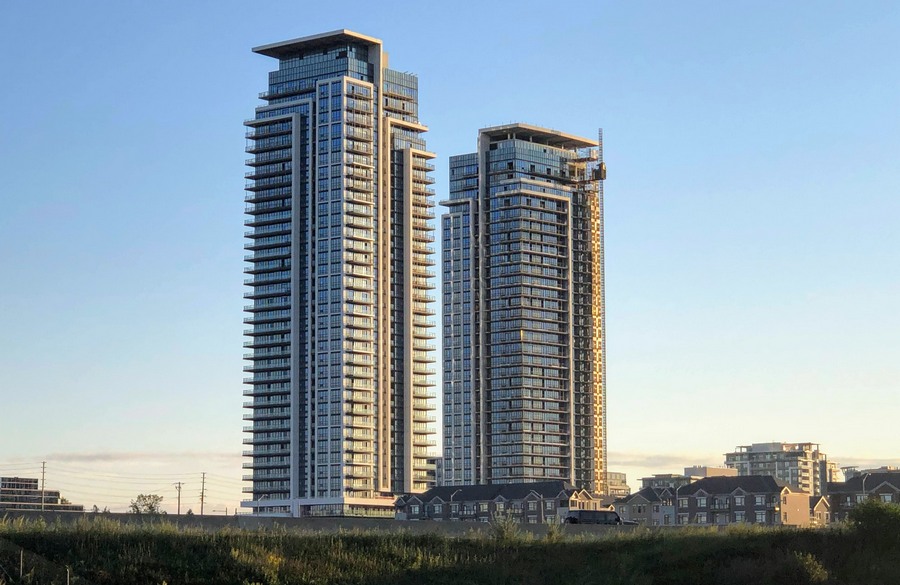 The Canadian Real Estate Association (CREA) is cutting its forecast for home sales this year and lowering its expectations for price growth as some of the country’s hottest markets cool from their pandemic highs.

In its latest housing market outlook released Thursday, the association said it expects 532,545 properties to trade hands via Canadian MLS systems this year, down 20 per cent from the 2021 annual record. Sales will drop another 2.3 per cent in 2023 to total 520,156, CREA said. 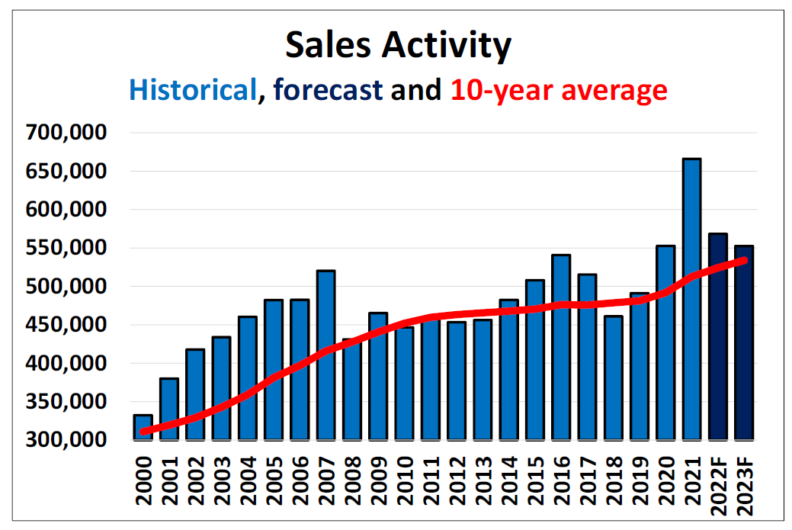 The outlook is down from CREA’s forecast in June that predicted a 14.7 per cent decline in sales this year and a 10.8 per cent increase in the national average home price. 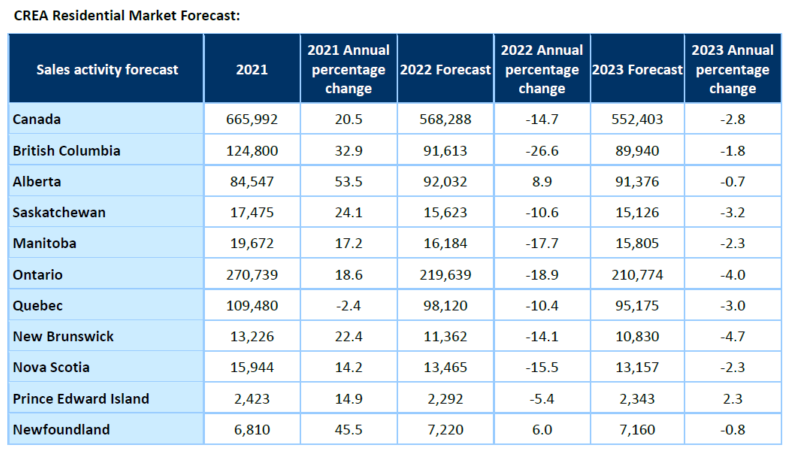 CREA attributed the forecast’s revision to a shift in market dynamics that has seen much of the heat dissipate from regions of the country where prices were surging and competition for homes was high.

CREA has since found seasonally-adjusted home sales in August totalled 36,914, down one per cent compared with July. The actual number of home sales amounted to 38,368, almost 25 per cent lower than August last year.

Rishi Sondhi, an economist with TD Economics, pointed out August’s sales were the sixth consecutive monthly decline and 17 per cent below their pre-pandemic levels.

Sales were down in nine of 10 provinces, with the steepest drops taking place in Manitoba, Quebec and B.C. Ontario was the only province to “muster a gain” that was largely fuelled by an increase to sales in Toronto.

“August saw national sales hold steady month-to-month for the first time since February which, along with a stabilization of demand/supply conditions in many markets, could be an early sign that this year’s sharp adjustment in housing markets across Canada may have mostly run its course,” said Jill Oudil, CREA’s chair, in a release.

The national average home price was $637,673 in August, down 3.9 per cent from the same month last year.

The cooling experienced by several markets, including Toronto, has been caused by climbing interest and mortgage rates that put a damper on sales and started to weigh on prices.

The rate hikes have quelled the unruly bidding wars seen in many markets in the winter and encouraged some prospective buyers to settle on homes.

“Even in the month of August, when it wasn’t necessarily a time when traditional buyers would be out there, there were buyers out there because they knew that rents were about to go up again at the beginning of September and there would be real consequences if they didn’t buy anything,” said Davelle Morrison, a Toronto broker with Bosley Real Estate Ltd.

Others are convinced greater price drops are on their way and are holding off on making the biggest purchase of their life, Oudil found.

“Some buyers may choose to remain on the sidelines until they see clearer signs of borrowing costs and prices also stabilizing,” she said.

Ahead of CREA’s data release, BMO Capital Markets senior economist Robert Kavcic said the housing sector is facing a “unique” situation because many potential buyers got pre-approvals from before the Bank of Canada’s tightening and are now seeing discounts between 10 and 20 per cent on housing.

“If you can buy at a discount with a mortgage rate that no longer exists, it could be enticing,” he wrote in a Wednesday note to investors.

“But the bigger picture is that there is still an enormous interest rate shock to absorb.”

The last time a similar one-year increase in the carrying cost of an average home purchase in Ontario was seen was in the late 1980s, he added.

“In other words, this is the sharpest tightening of housing conditions in a generation, and it will come with further adjustment.”

Sellers are having a hard time making sense of the new market and some are even holding back listing their properties.

“They don’t really seem to understand that … this is a different market than the one your neighbour dealt with,” said Morrison.

On a seasonally-adjusted basis, 67,775 homes were listed last month, down 5.4 per cent from a month before. The actual number of new listings hit 65,776, a 3.3 per cent increase from a year earlier.