By By Tara Deschamps – THE CANADIAN PRESS Last updated May 16, 2022 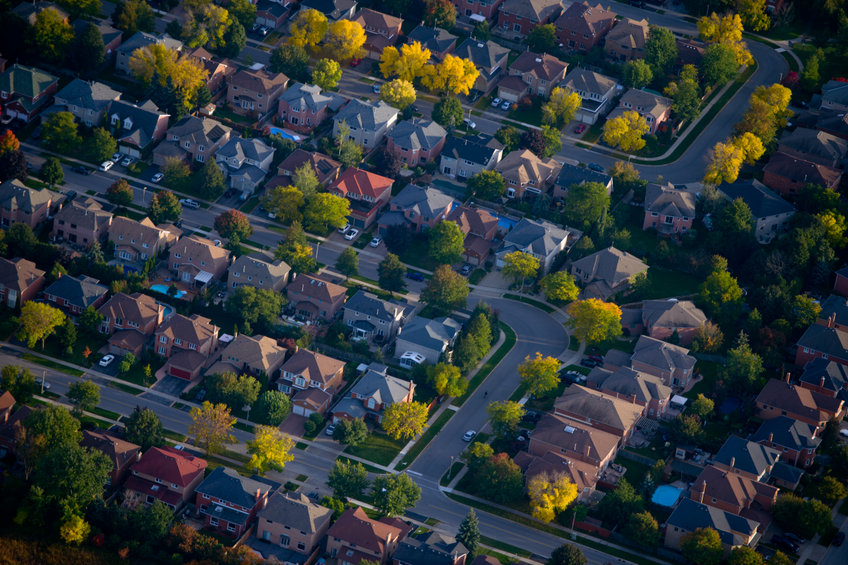 On a month-over-month basis, sales in April were down 12.6 per cent compared with March, but still ranked as the third-highest April sales figure, just behind 2021 and 2016. 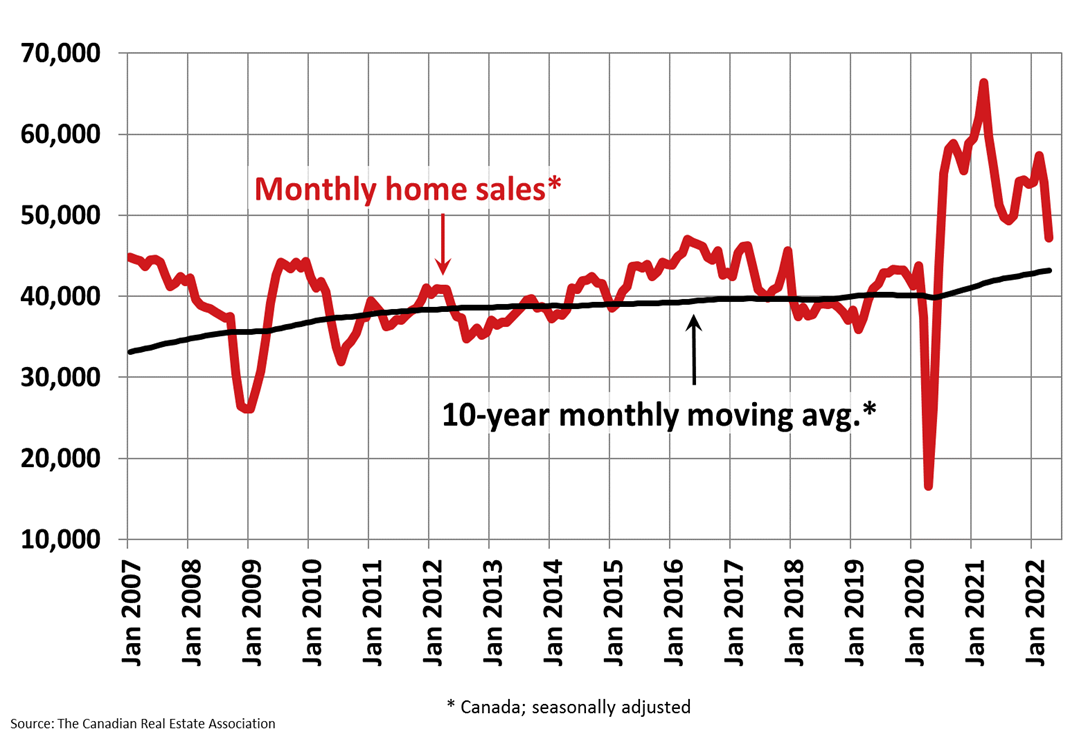 “The demand fever in Canadian housing has broken and, who would have thought, all it took was a nudge in interest rates by the Bank of Canada to change sentiment,” said BMO Capital Markets senior analyst Robert Kavcic, in a note to investors.

CREA attributed much of the slowdown to fixed mortgage rates, which have been on the rise since 2021, but have been more impactful in recent months. The association pointed out that typical discounted five-year fixed rates have leaped from about three to four per cent over the span of a month.

The rate is also weighing on how buyers fare with the mortgage stress test, which once required those with uninsured mortgages – borrowers with a down payment of at least 20 per cent – to carry a mortgage rate of either two percentage points above the contract rate, or 5.25 per cent, whichever is greater.

For fixed borrowers, CREA said the stress test just moved from 5.25 per cent to the low 6 per cent range, another roughly one per cent increase in a month.

“People are nervous. They are thinking, ‘if I take on this mortgage, when mortgage rates are going up and the price to (live) is more, what is going to happen?” said Anita Springate-Renaud, a Toronto broker with Engel & Völkers.

She noticed that many homes were still getting multiple offers last month, but instead of 20 offers, two or three was becoming the norm.

Properties are also taking longer to sell. Homes that used to find a buyer in three or four days are now sitting for two weeks, in some cases, she said.

Many other realtors have found buyers and sellers holding off on purchasing or listing properties until they see how much of an effect mortgage and interest rate changes have on the market.

“For buyers, this slowdown could mean more time to consider options in the market,” said Jill Oudil, CREA’s chair, in a news release.

“For sellers, it could necessitate a return to more traditional marketing strategies.”

This shift in sentiment was reflected in the number of newly listed homes, which, on a seasonally adjusted basis, fell by 2.2 per cent to 70,957 last month from 72,557 in March.

Even though CREA reported slowing sales and fewer listings, Canadians were shelling out even more for homes than they did in 2021.

Excluding the Greater Toronto and Vancouver areas from this calculation, cuts $138,000 from the national average price, CREA said. 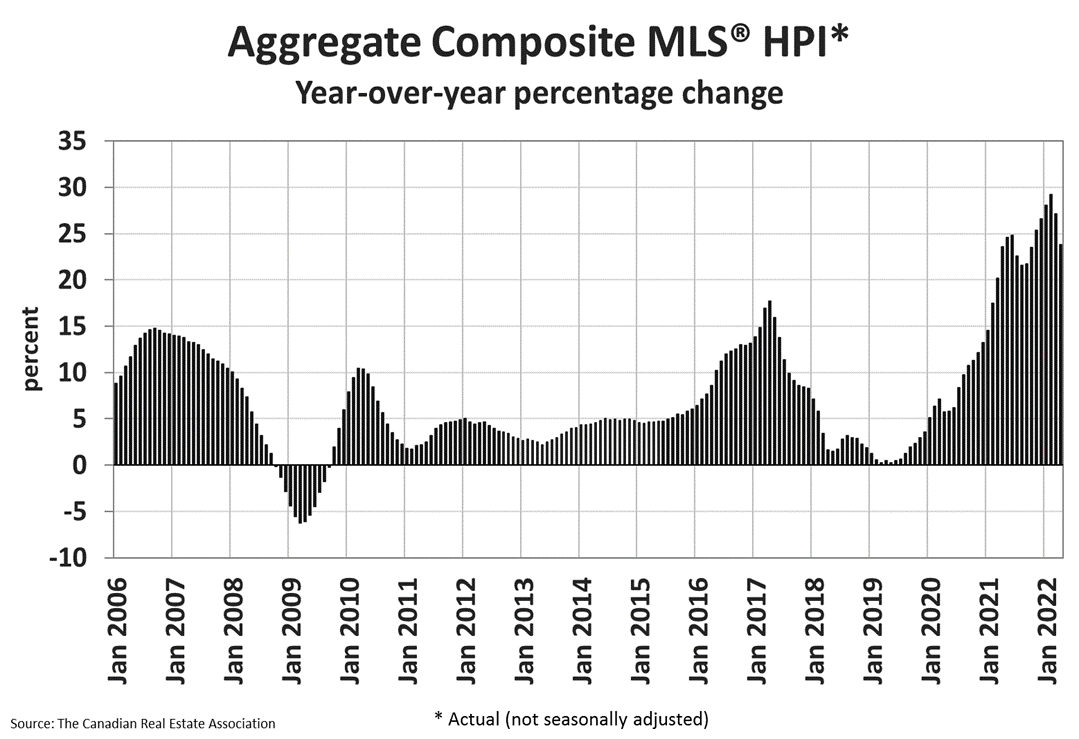 The benchmark price was lowest in Saskatchewan, where it totalled $271,100 and highest in B.C.’s Lower Mainland, where it amounted to more than $1.3 million.

Kavcic found Ontario markets “weakening most and fastest, especially further outside the core of Toronto (these were also the hottest markets in the country during the pandemic).”

Ontario’s suburban markets are the “shakiest” because of how prices have fallen from February peaks, but he said single-detached and townhomes look to be cooling quickest.

“Sales in the province slid 21 per cent in April and are now back in-line with pre-pandemic activity levels,” he said.

“The market balance has gone from drum tight with ‘not enough supply,’ to one that resembles the 2017-19 correction period.”

Within the province, TD Economics economist Rishi Sondhi found Toronto to be an outlier because sales and prices dropped more there than in the country overall.

Sondhi believes the Toronto market is now close to tipping in favour of buyers, but in the coming months, expects prices to continue falling nationally, reflecting the cooler demand backdrop.

This is not the result of more homes selling during the spring market. Total sales were actually lower in April vs Februrary

This is because prices have gone⬇️

Truth About Real Estate In Ontario

Really? Be honest…. nobody thought that

So what happens in the coming months?

Government and BoC change course in October, drop rates to save RE?

20% drop in values attracts hordes of investors to buy the dip?

Or prices drop 60% everywhere in Ontario for Real Estate Apocalypse?

Likely none of those

Is Ron in the prediction business?

No, not prediction: analysis

What would a 25% correction in Toronto look like? (I know there are would-be buyers and schadenfreude fans that are rooting for a big drop.)

The home price index is a lagging indicator, the correction started several months ago and will accelerate in the back half of this year.

This report by The Canadian Press was first published May 16, 2022.