The furious pace of home sales that kicked off the year started to slow in April as the number of homes sold that month fell by 12.5 per cent compared with the all-time record high set in March, the Canadian Real Estate Association said Monday.

The association said 60,967 homes sold across the country last month, down from 69,702 in March, while close to 85 per cent of all local markets, including almost all of B.C. and Ontario, saw sales declines. 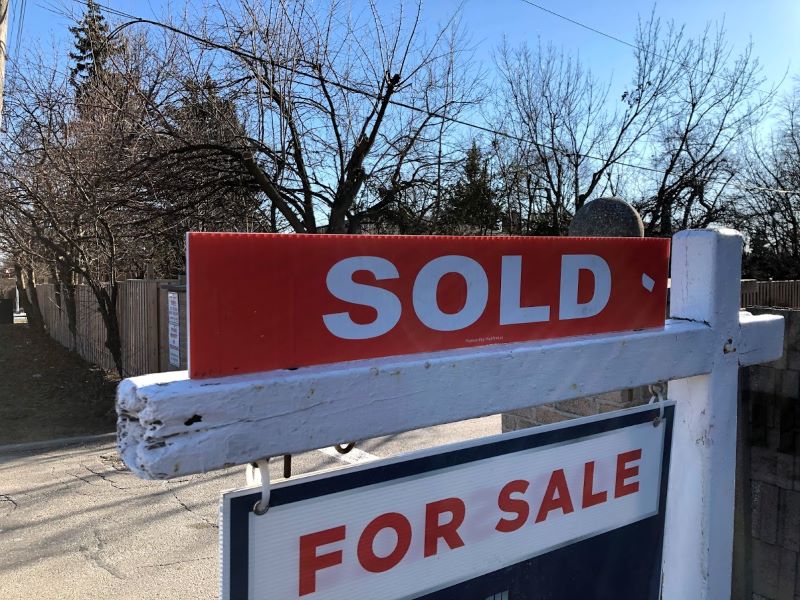 However, sales in April were still a record for the month and up 256 per cent compared with a year ago, when the onset of COVID-19 kept people out of the market.

Meray Mansour, a realtor in Toronto, said the market remained hot in April, but was cooler than it had been in months prior.

In the Toronto neighbourhoods of Leslieville, High Park, Beaches and Junction, where she does most of her business, Mansour said homes are still changing hands at a rapid pace and generating plenty of competition.

“There are still multiple offers,” she said. “Maybe before it was like, 30 offers. Now they’re getting like six, so it’s still crazy.” 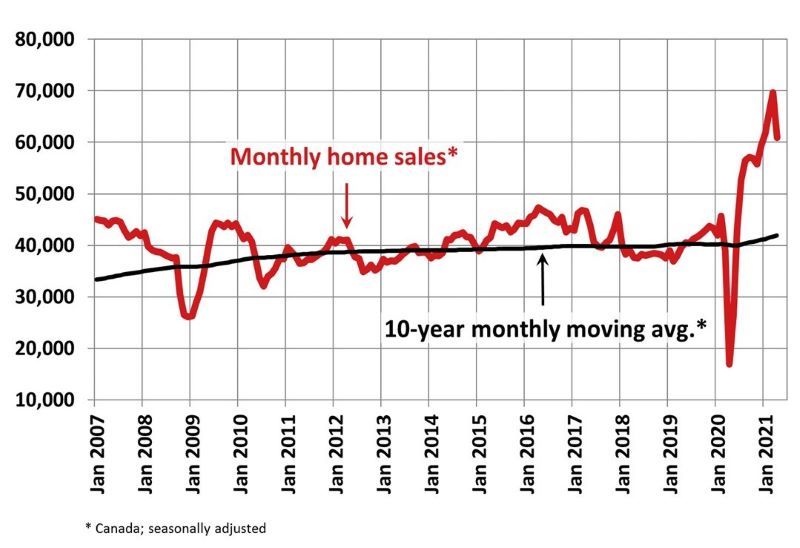 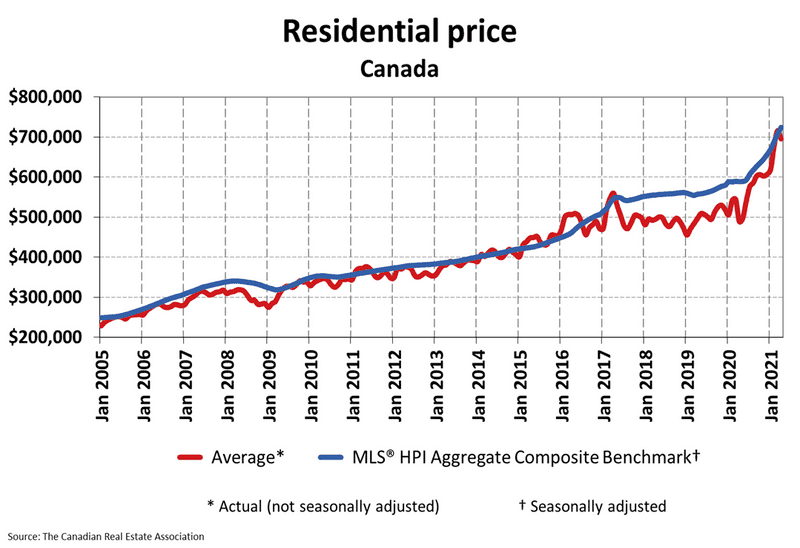 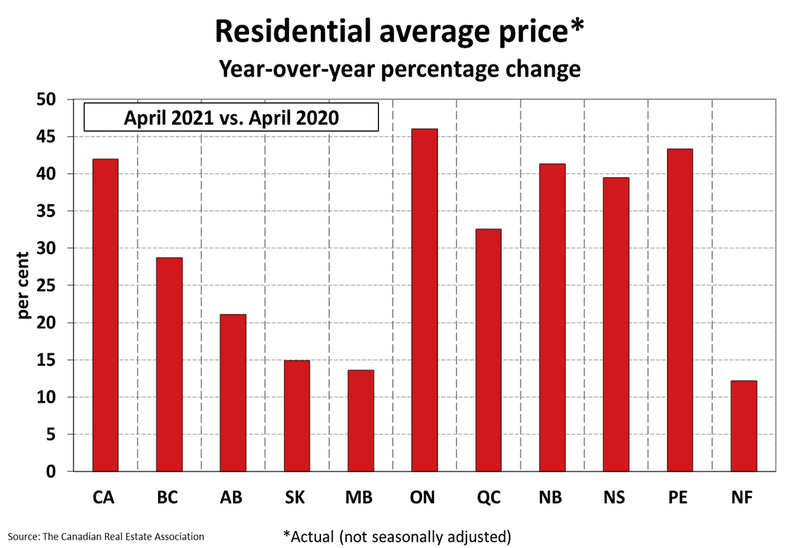 Suburban and rural areas, which have proved popular as people continue to work from home and search for more space, have also remained hot.

Mansour, for example, has noticed plenty of interest in Innisfil, a region well north of Toronto.

Even though interest and sales in many markets remain high, Bank of Montreal senior economist Robert Kavcic was seeing signs of “buyer fatigue.”

Mortgage pre-approvals being at record-low rates, the Bank of Canada’s “more hawkish tilt” on interest rates and prolonged stay-at-home orders in Ontario have caused momentum in the market to fade, he said in a note to investors.

“There might finally be some light at the end of the pandemic tunnel even though (COVID-19) cases were still high in April,” he said.

But that doesn’t mean the big city has lost its allure and the market won’t reach the dizzying highs it did at the start of the year.

When stay-at-home orders are lifted and immigrants are allowed to settle in Canada at a pre-pandemic pace, Mansour expects the Toronto market to rise again.

“I believe it’s going to get crazy, especially in Toronto because people are going to be coming back to work or to school,” she said.

“They’re going to be coming back.” 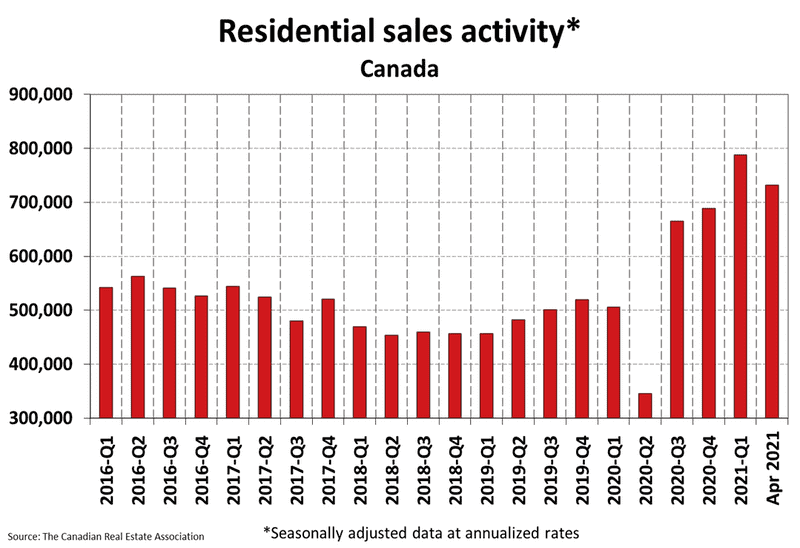 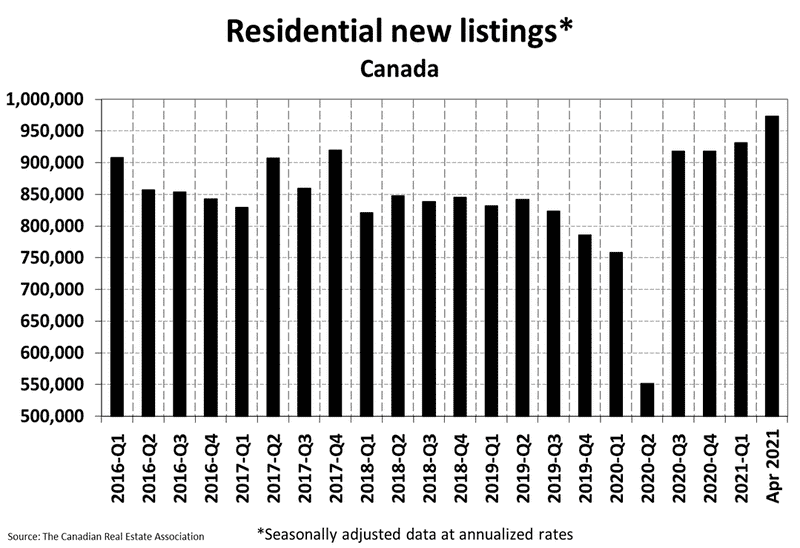 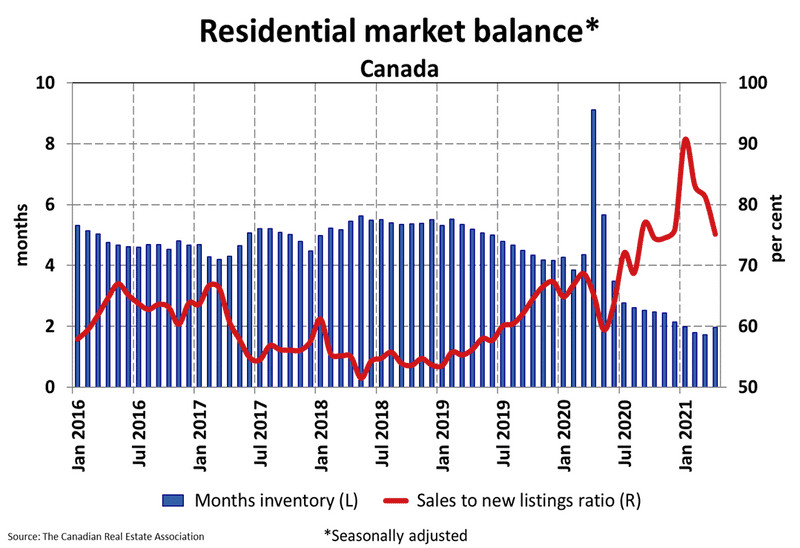 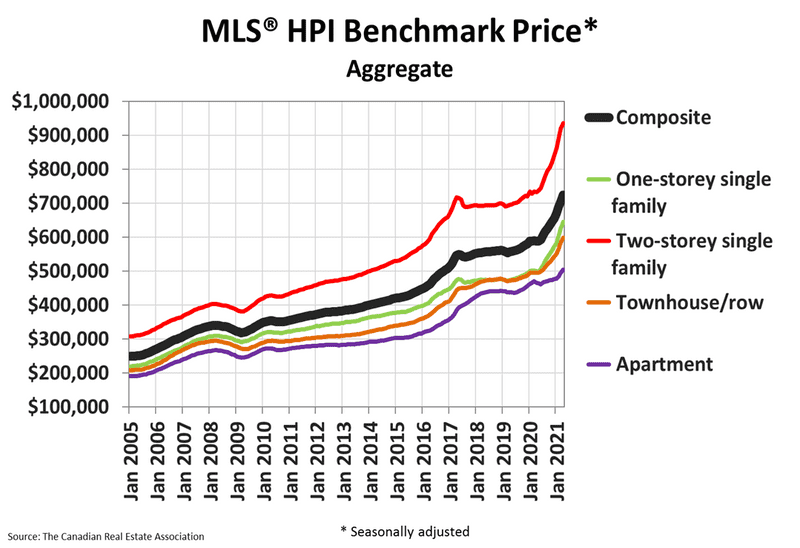 This report by The Canadian Press was first published May 17, 2021.