TORONTO — Across the bridge from B.C.’s Granville Island sits a building with 45 apartments atop a Subway restaurant and nail salon.

While the Lex might look similar to its neighbours, its soon-to-be investors are hardly the norm.

More than 1,000 people are expected to pay as little as a loonie for a stake in the building through Addy — a Vancouver-based company offering crowdfunded real estate investments to help even the most cash-strapped Canadians profit from the housing market. 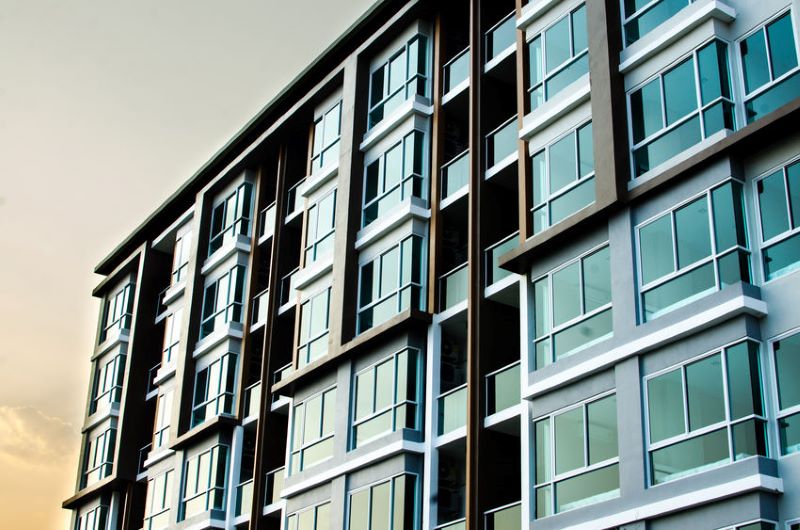 Since 2018, Addy has offered investments in six properties and will soon add another 16, but faces competition from North American rivals NexusCrowd, Fundrise and RealtyShares, which offer crowdfund-based real estate opportunities.

Industry watchers predict more are on their way as housing prices soar in Toronto and Vancouver, but they say prospective investors should do their research — even if it’s a nominal amount.

“Like any other new product or concept that comes out, it requires due diligence by any investor,” said Tina Tehranchian, an Assante Capital Management Ltd. senior wealth adviser.

Like most crowdfunded real estate companies, Addy begins by identifying investment opportunities and putting them through a due diligence process including a line-by-line look at financial statements and approval from an investment committee to ensure each property has sound economics.

After a property is sourced, it divides the investment into equal increments of $1. For example, a $500,000 opportunity gets divided into 500,000 units.

Once they’ve purchased a membership for either $25 a year or $500 for five years (which promises various perks), investors are invited to put as little as $1 or as much as $1,500 into each building. The investments are locked in for times that vary based on the building.

There are no fees on transactions, acquisitions or withdrawals because the goal of the platform is accessibility, said Addy co-founder Stephen Jagger.

“There’s no opportunity where we would ever win on a property and (investors) would lose,” he said. “One of our core values of business is win-win or no deal so we are completely aligned with our crowd.”

Addy was created after a developer approached co-founder Michael Stephenson to invest $1 million in real estate. Stephenson inquired about whether he could make the investment with friends.

The developer agreed and the minimum contribution was set at $50,000, which disappointed someone who was looking to contribute $10,000.

“That got that initial conversation going,” said Jagger. “Maybe there’s a better way and maybe you can use technology to unlock real estate, eliminate barriers to entry, and enable everyone to be able to participate, not just the wealthy.”

So they started Addy with properties in B.C., Ontario and Alberta and quickly attracted young investors who were priced out of the market but keen to get into the real estate game. Some invested in the buildings they live in while others searched for ones in nearby or hot markets.

If you’re interested in joining them, start by reading the offering memorandum attached to a property, said Stephanie Douglas, a partner at Harris Douglas Asset Management.

Addy’s includes info on how invested funds will flow through the company and other entities, what costs the properties come with, short-term goals and expected returns.

Pay attention to who is listed as managing the investment because projects will be highly dependent on them, and investigate what options you have if something goes awry, Douglas said.

The Ontario Securities Commission doesn’t offer specific advice around platforms like Addy, but said crowdfunded investments “present heightened risks, including the potential to lose the entire amount invested, a lack of detail usually available in a prospectus, and possible restrictions on reselling.”

Canadians, it said in an email, should always check whether anyone selling them an investment is registered with the Canadian Securities Administrators at checkbeforeyouinvest.ca.

“Make sure that, if you are investing in something like this, it’s not money that you need in the short term,” Douglas said.

Meanwhile, Tehranchian believes people should set realistic expectations and consider what might happen if markets cool.

“We’ve been in a bull market over the last two decades, but if we run into a bear cycle…that could mean prices could decline for 10 years or longer before they start stabilizing and picking up again, and you may have to hold the investment longer than you think,” she said.

But that doesn’t mean the model is without perks.

Her clients often put their money in properties or real estate investment trusts, but a REIT can be “like a black box,” Tehranchian said.

Investors might not know what properties are held by a REIT, but a crowdfunded model comes with transparency and tangibility.

“You can drive by the property and boast to your friends that you have a share of ownership of this property,” she said.

“It’s that pride of ownership that…you don’t get that when you invest in a REIT.”