TORONTO — The Greater Toronto Area capped off a tumultuous year with its ninth straight month of declining home prices and almost half the sales seen a year ago. 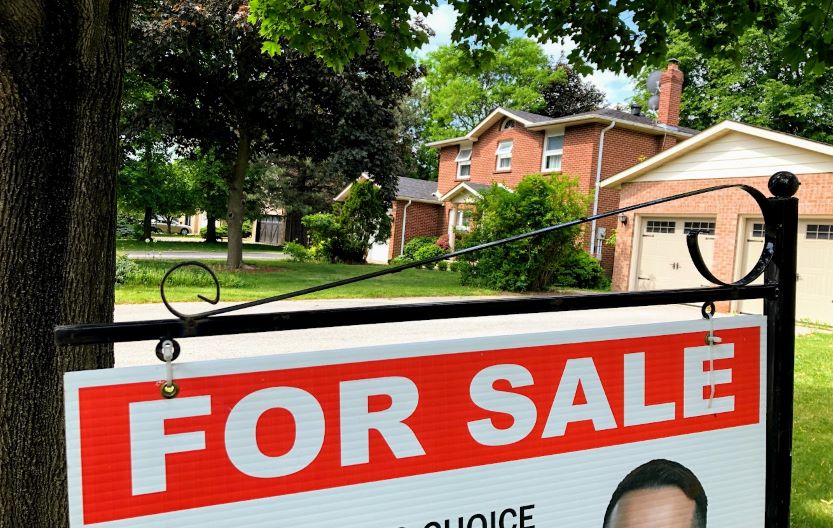 The Toronto Regional Real Estate Board categorized the reduced activity that closed out 2022 as a “marked adjustment” away from 2021’s record housing market, while economists expected the shift to persist into 2023.

“There is no end in sight for the housing correction,” Sal Guatieri, a senior economist with BMO Capital Markets, said in a note to investors Thursday.

He and the real estate board attributed the slump, which began in the spring of 2022, to Bank of Canada interest rate hikes that further hampered housing affordability and prodded many buyers and sellers into sitting on the market’s sidelines.

The country’s interest rate was repeatedly hiked through 2022 and now sits at 4.25 per cent — the highest it’s been since January 2008.

The hikes, which spur mortgage rate increases, have weighed on buying power and forced many to rethink their housing decisions.

Home sales in the final month of 2022 totalled 3,117 sales, down 48.2 per cent compared with December 2021, when the market moved at a torrid pace as COVID-19 scuttled holiday plans.

The fall in sales and new listings is a reflection of patterns that emerged in the second half of 2022, when buyers begun awaiting further price declines, while sellers held off listing properties unless they had to move because they wanted the sizzling sums their predecessors nabbed last year.

Prices have dropped 19 per cent since March, when the declines began, and economists feel they still have further to fall.

“With interest rates expected to stay high and the economy to slip into a shallow downturn, prices look to remain under pressure for most of this year,” said Gautieri.

The Canadian Real Estate Association said last month that the actual national average home price was $632,802 in November, a 12 per cent decline from the same month last year.

TRREB said this growth was based on a strong start to the year, which eventually gave way to moderation in the spring and onward. 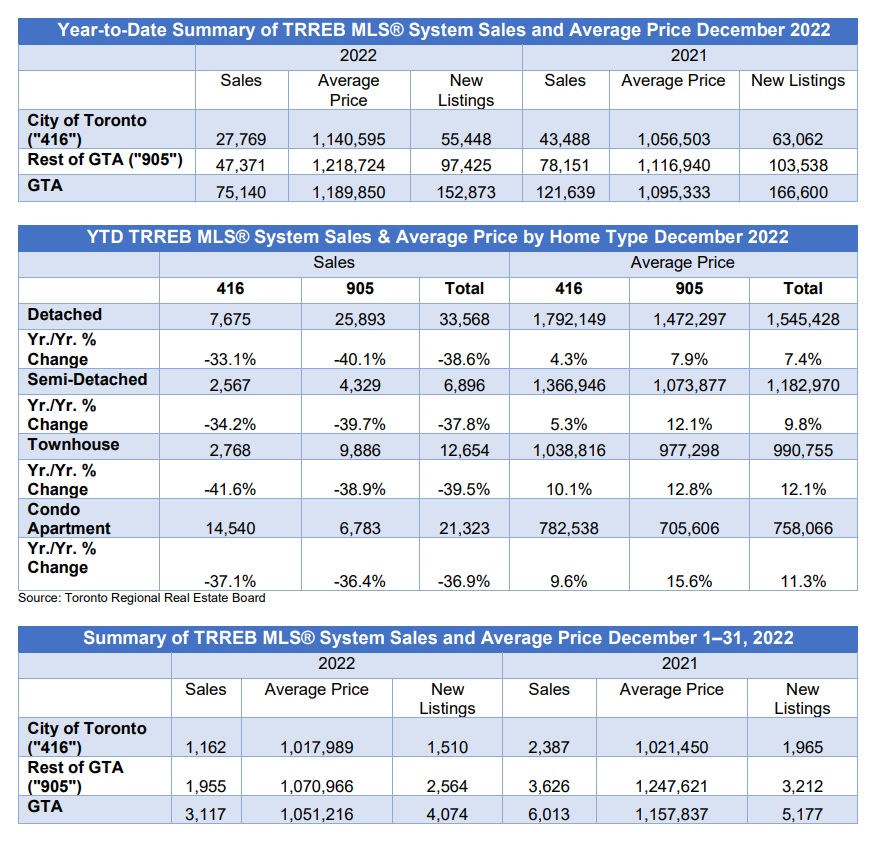 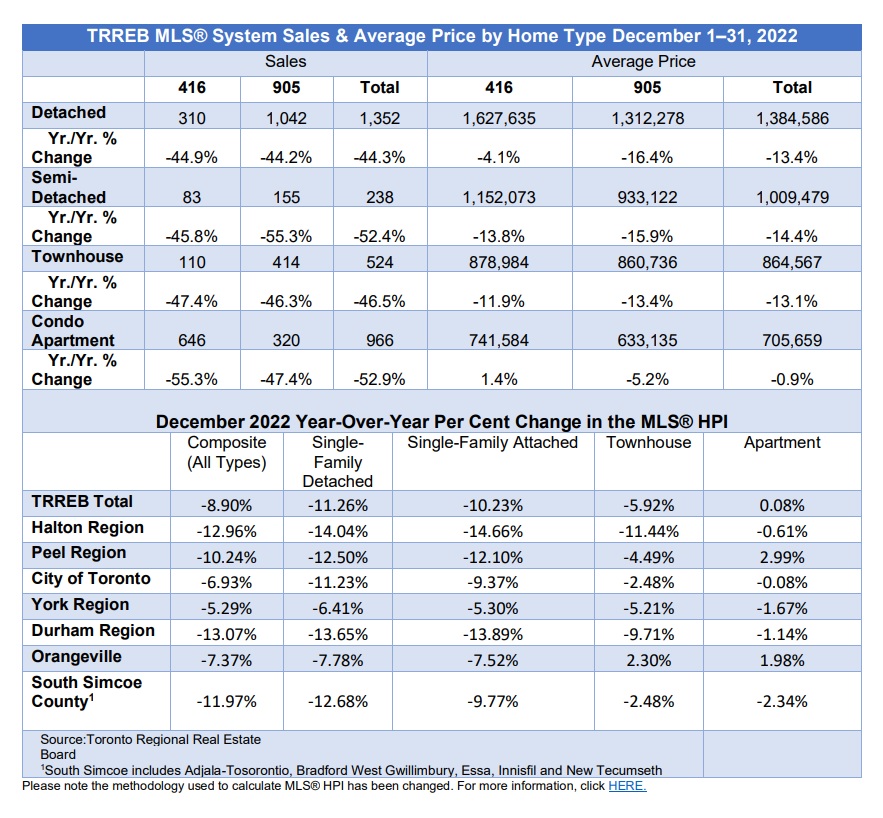 TRREB’s figures come a day after Vancouver reported December in the British Columbian region brought a similar slashing of home sales and prices.

The Greater Vancouver Real Estate Board said December’s sales totalled 1,295, about 20 per cent lower than they were in November and 38 per cent below the 10-year December sales average.

Many of the patterns playing out in Canadian resale markets are being reflected in the pre-construction sector too, said Mariana Milborne.

For example, a Burlington development with 142 units sold out in a matter of days and in late October, another project with two locations consisting of 226 mid-rise and detached homes and townhouses was 70 per cent sold in a month.

Looking ahead, she sees further rate hikes that will put a damper on the market.

This report by The Canadian Press was first published Jan. 5, 2023.