The transformation of a late 19th-century department store in London, Ontario into a multi-disciplinary centre of learning for Fanshawe College has received an Award of Excellence in Urban Design for Adaptive Re-Use. 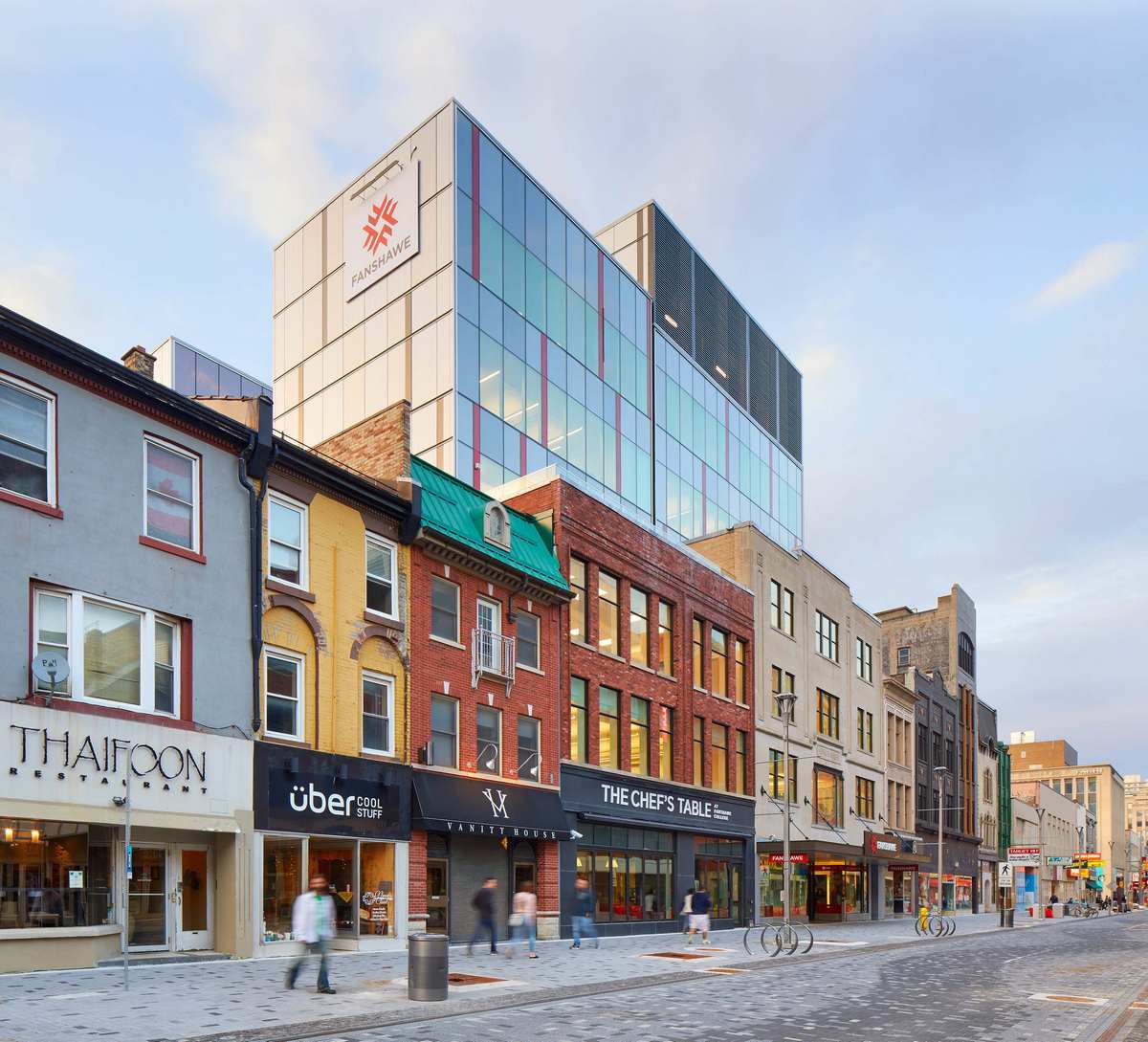 The award was presented to Diamond Schmitt Architects and associate Phil Agar Architect, with ERA Architects as heritage consultants. In a press release announcing the winners, the City of London said the awards are a “chance to recognize and celebrate original design, innovative concepts and visionary thinking in the field of urban planning.”

The former Kingsmill’s Department Store was a fixture of city life in downtown London. This tradition continues in a vibrant urban campus that welcomes 1,600 students, staff and faculty. The new 10,600sm (114,000sf) building is home to the Schools of Tourism, Hospitality and Culinary Arts and Information Technology. 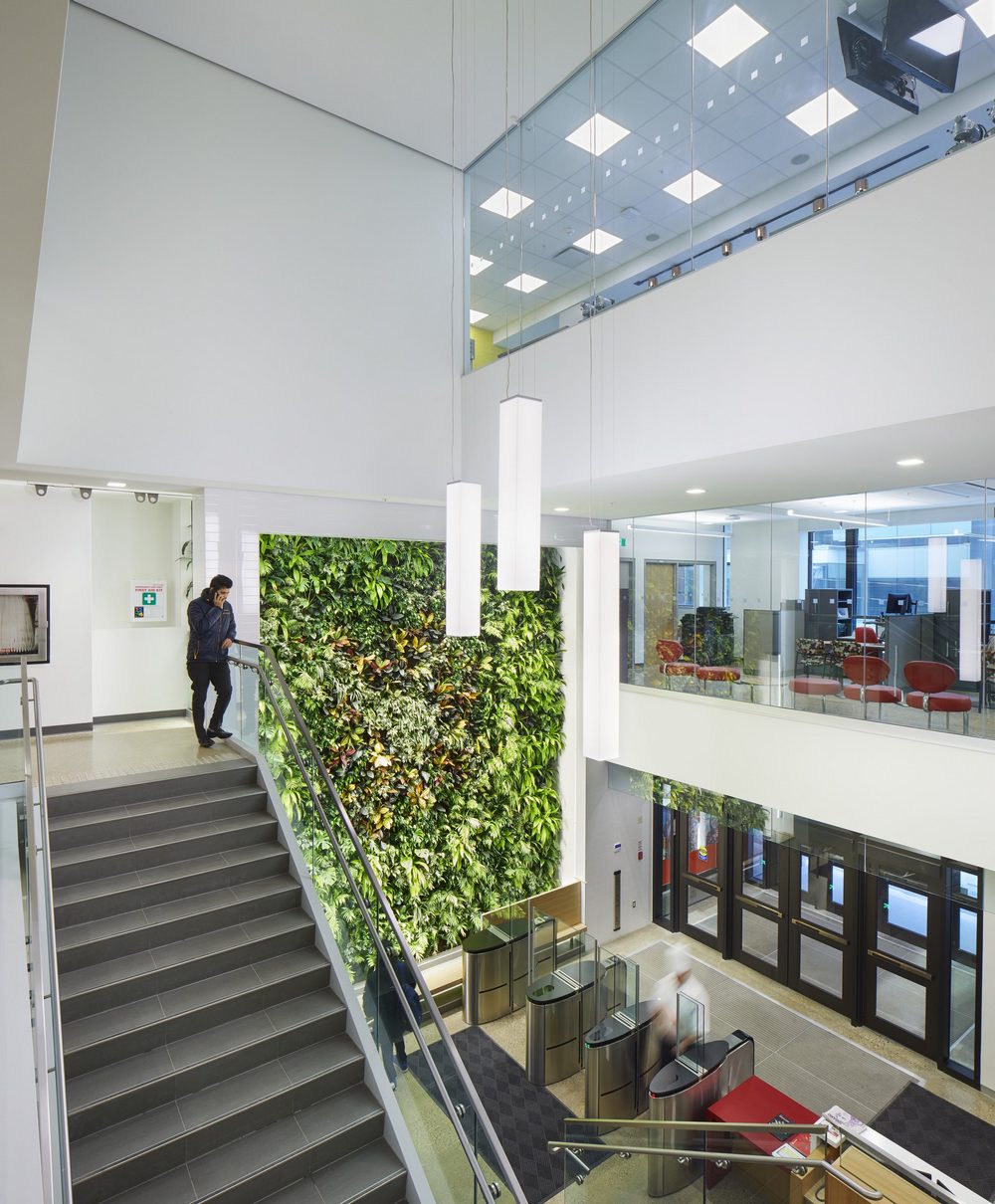 The seven-storey structure includes a setback three-storey addition above a terrace on top of the original building. Colourful metal panels and varying densities of frit on the glazing enliven the new façade. The building retains its street character by preserving the stone facade and awning on Dundas Street while the adjacent red brick annex was dismantled and rebuilt using the heritage brick.

A student-run restaurant animates the ground floor, which also features a two-storey biofilter living wall, amphitheatre seating, and an open corridor that links the Dundas and Carling Street entrances. Other original features incorporated in the design include reclaimed wood joists, a tin ceiling and locally made yellow brick. 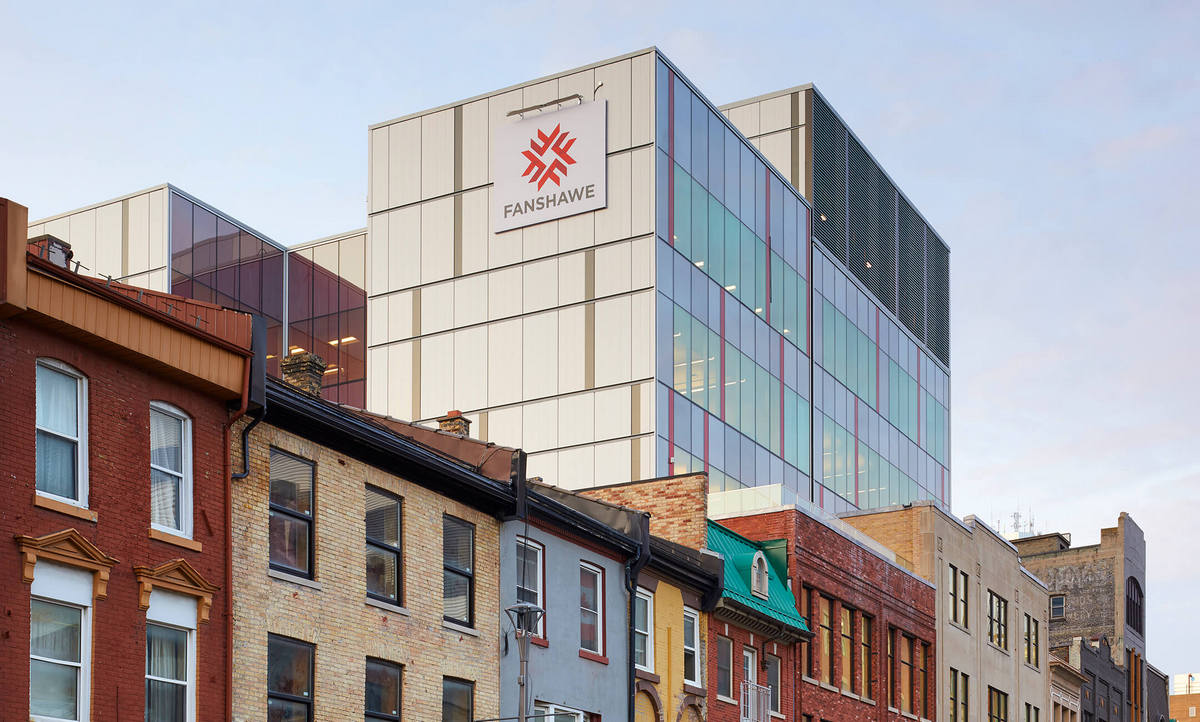