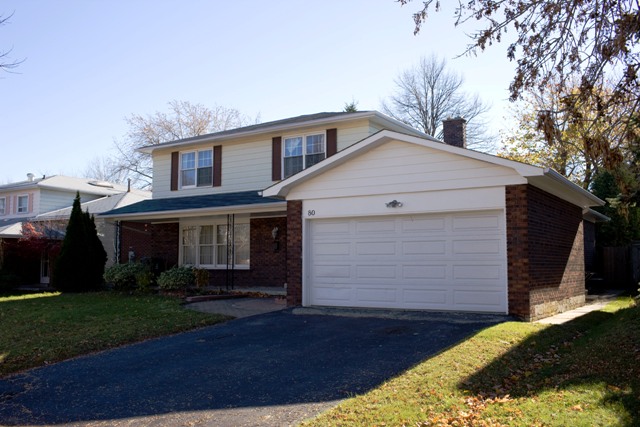 Although the Canadian real estate market started 2020 in full force and was well on its way to a red-hot season, the social distancing and home isolation measures that were put in place as a result of the COVID-19 outbreak started leaving their mark on home buying and home selling almost immediately.

Prospective homebuyers’ priorities changed almost overnight, with the first signs of this shift revealed both by Google Trends data and by traffic numbers of real estate marketplaces like Point2 Homes. For example in Google Trends, searches for “real estate,” “homes for sale,” “houses for sale” or “condos for sale” dropped, only to be replaced by words that described our new world: “work from home,” “home office,” searches related to hygiene best practices and ideas for workouts and activities during home quarantine.

The evolution of traffic numbers on Point2 Homes shows a similar trend. According to a Point2 Homes analysis, “at first, on the 11th of March, visits to the site dropped 8 per cent, only to continue the following day with a 20 per cent drop, and then 24 per cent on the 13th of March, reaching the most significant decrease on the 16th of this month – 32 per cent.” 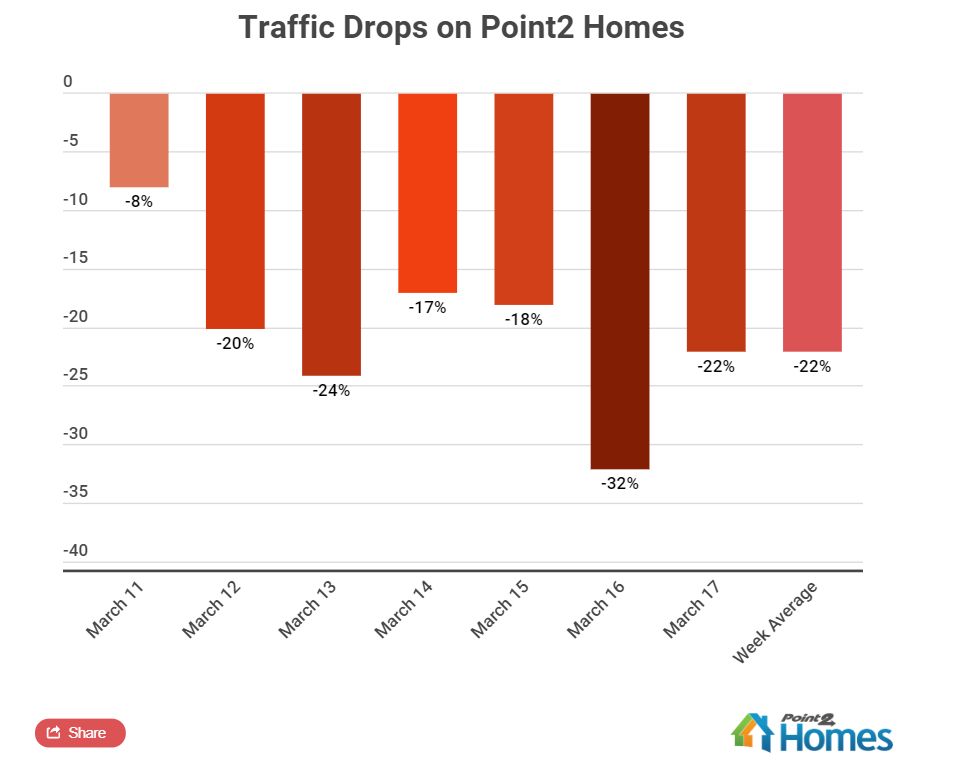 The uncertainty was taking a toll, however despite their initial response to the pandemic, it appears home sellers and buyers are recalibrating their strategy. A flash homebuyer sentiment survey showed that Canadians are still cautiously optimistic about the homebuying process. Visitors on the Point2 Homes platform were asked how the new situation is impacting them, what changes they noticed in the process of searching for a home or buying property and what changes they themselves have made to adapt and to stay safe.

The survey results showed that almost half of respondents (44 per cent) plan to continue looking for a home, 57 per cent of survey takers stated they intend to buy in the next six to 12 months and 48 per cent said they have indeed started focusing more on online pictures and virtual tours, as opposed to viewings and going to open houses.

Out of a total of 5,081 visitors, 73 per cent stated that they still want to buy and are, at the very least, still keeping an eye on the market, with 12 per cent of these respondents actually stated that they are very determined to buy as soon as they find the right property. Demand in general may have somewhat dampened, but certain categories of buyers, like first-time homebuyers, cannot wait. And with the most recent economic and monetary measures aimed at helping homeowners and homebuyers, many might choose to take a calculated risk.

When asked about specific concerns that they have, most survey takers (35 per cent) stated that they have no concerns in particular, but they were followed closely, at 34 per cent, by respondents who cited primarily financial concerns, namely whether or not they will be financially stable enough to afford the payments. Only 19 per cent cited health and safety concerns.

The changes people have thought about making to homebuying are related to steps taken to move more of the process online: instead of meeting with the sellers face-to-face and discussing or going to viewings and open houses, almost half of respondents (48 per cent) said they will focus on the online tools at their disposal (pictures and virtual tours), while six per cent plan to rely mostly on their agent, and only16 per cent of home seekers stated that they plan to put everything on hold until the market stabilizes and returns to normal.

Andra Hopulele is a Senior Real Estate Writer at Point2 Homes. With over seven years of experience in the field and a passion for real estate, Andra covers the impact of housing issues on our everyday lives. She writes about the financial implications of new generations entering the housing market and the challenges of homeownership. Her studies and articles have appeared in REM Online, Yahoo Finance, Which Mortgage, and Le Quotidien. She can be reached at [email protected]

RBC expects home sales to dive 30%, prices to decline because of outbreak