A revitalized and expanded recreational facility has opened in Oakville, Ontario to meet the needs of a diverse and growing community. The Trafalgar Park Community Centre designed by Diamond Schmitt Architects transforms a site that has been a community hub for more than 60 years. 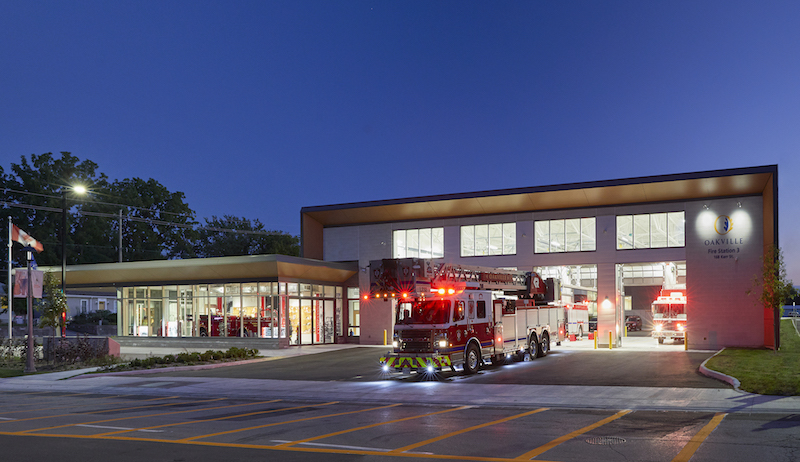 The heritage Oakville Arena, with its distinctive wood truss roof system, is preserved and enlarged and now connects to an adjacent recreational facility. New program areas include a full-size gymnasium, running track, seniors centre with amenities, fitness centre and public meeting spaces. To the arena, the ice surface was expanded to NHL-size, with additional seating, new dressing rooms and an enclosed warm viewing area. 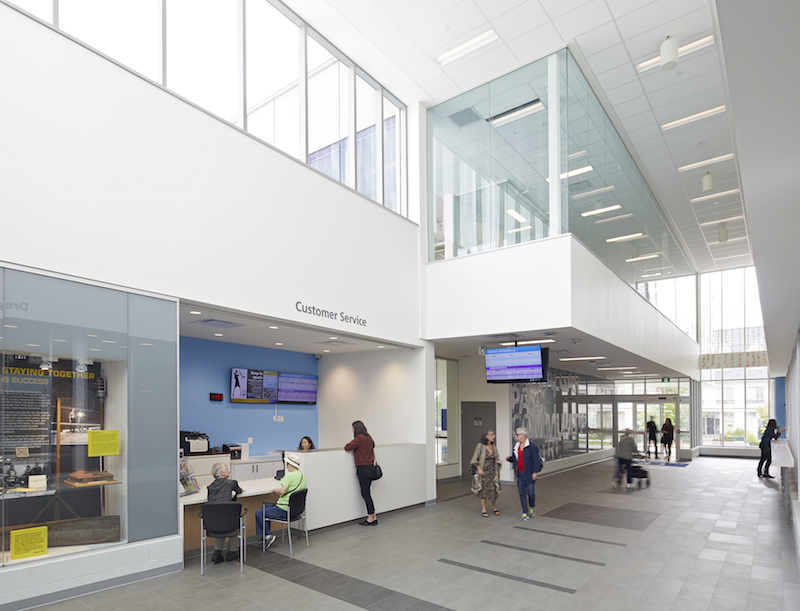 “Originally, the community centre addition was to have gone behind the rink and we pulled it to the street to activate the urban landscape and preserve the park setting,” said David Dow, Principal, Diamond Schmitt Architects. “With the new building almost equal in size to the arena, we established a design dialogue between the two by emphasizing the mass of each – the large scale existing roof is balanced against the mass of the cantilevered upper floor of the new building.” 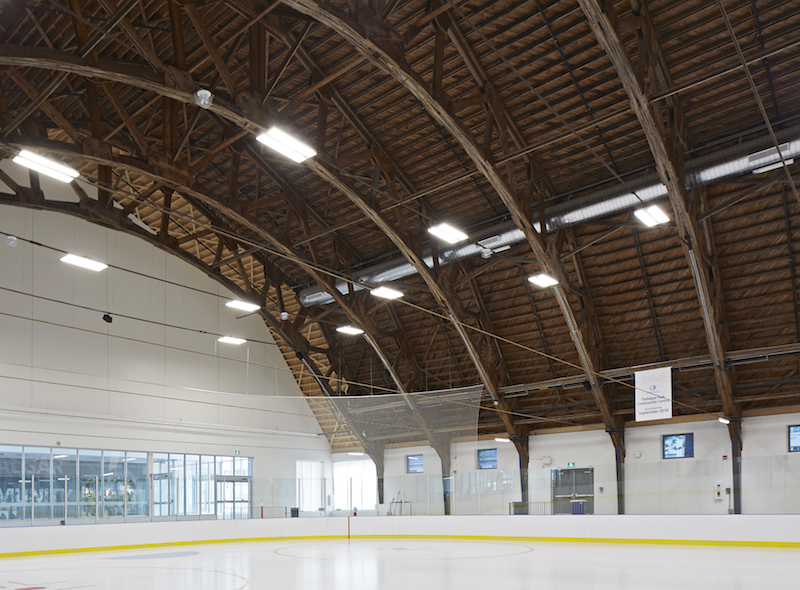 A new fire station was part of the program and added to the corner of the site that and include interactive displays and historical artifacts in a Fire Education and Heritage Room. A contrasting colour palette of whites and dark grey accents on the community centre is inversed on the fire station. 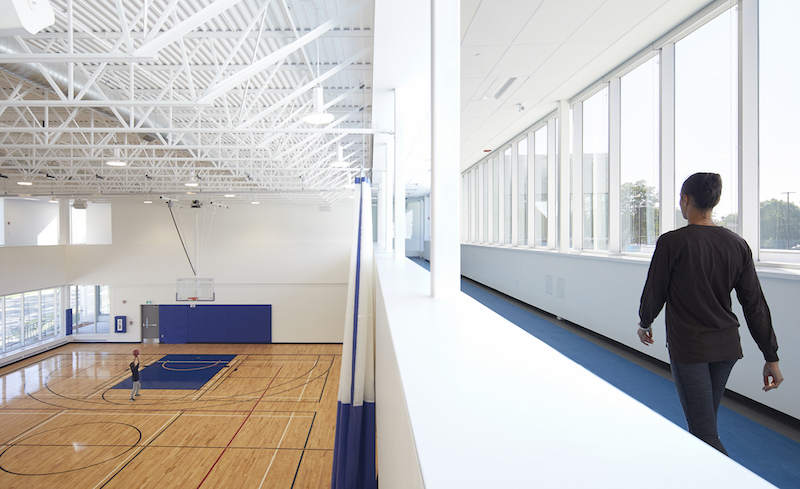 The 65,000-square-foot, $37-million project is one of the first in Canada for a municipal client using the Integrated Project Delivery (IPD) model. Under this arrangement, client, architect and contractor work in close collaboration and operate as a team to apply LEAN principles to design, fabrication and construction. The Trafalgar Park Community Centre opened on time and on budget. 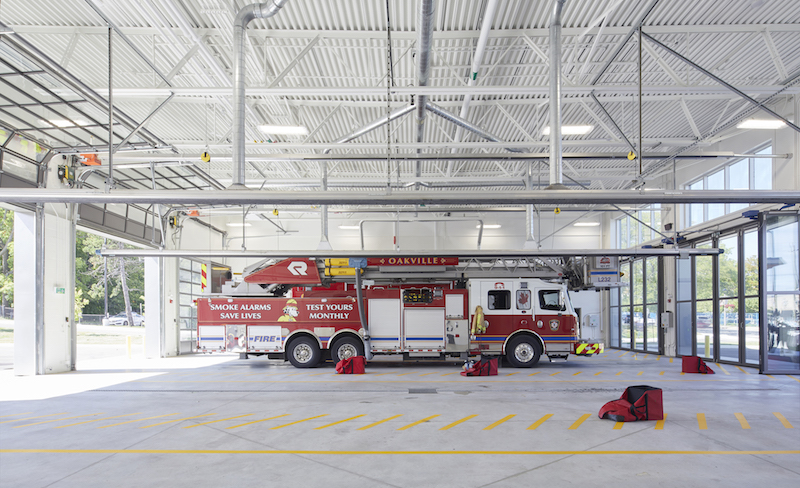 Diamond Schmitt Architects and partner Graham Construction & Engineering are working on a second IPD recreational facility with the Town of Oakville. The South East Community Centre breaks ground this week and will open in Fall 2020. It will include a 25-metre lap pool, a double gymnasium, a fitness centre with running track, multipurpose meeting rooms and space for intergenerational programming.