Urbanation Inc. has released its Q1-2021 Condominium Market Survey results. Urbanation’s survey reports that new condominium apartment sales in the Greater Toronto Area totaled 5,385 units in the first quarter of 2021, coming within close range (-4%) of pre-pandemic sales of 5,593 units in Q1-2020 and surpassing the 10-year average of 4,924 sales. 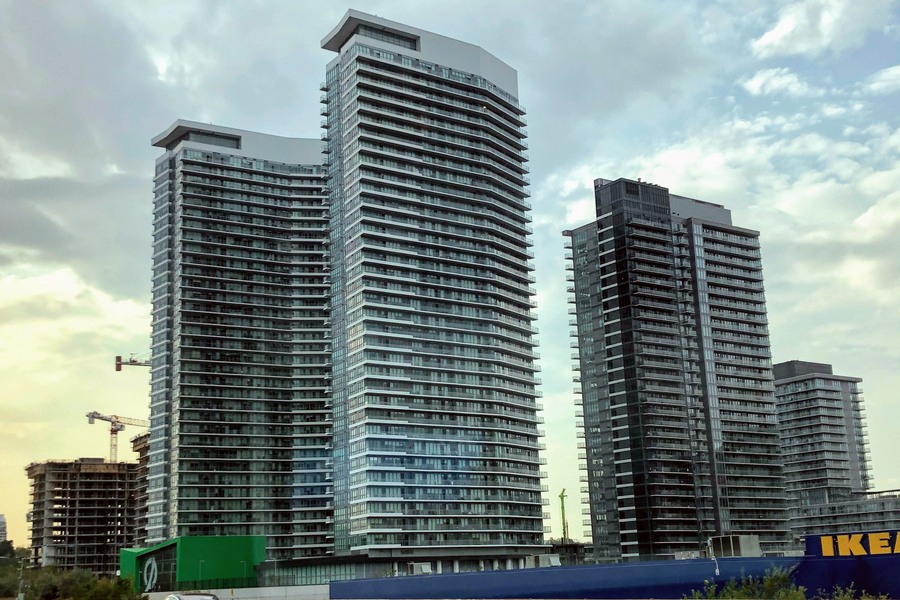 According to Urbanation, the 2020 theme of 905 region market dominance shifted during the first quarter as momentum swung back to downtown Toronto. The 2,886 new condominium units sold in the former City of Toronto was more than 2.5 times higher than the quarterly average between Q2- and Q4-2020 and above the pre-pandemic level of 2,829 sales in Q1-2020. 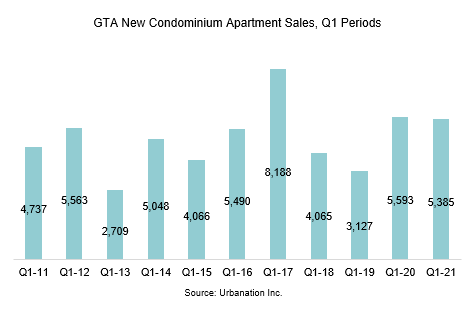 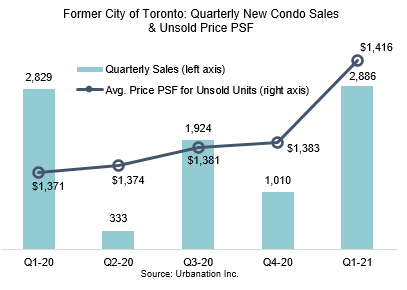 Across the GTA, unsold inventory declined 11% year-over-year to 11,956 units — a 10-quarter low. Average prices for unsold units available at the end of Q1 across the GTA increased 7.7% from a year ago to a record high $1,178 psf. As inventory wound down, developers quickly increased prices at the end of the quarter by an average of $45 psf (+4%) compared to the end of Q4-2020, with several builders raising prices by over $100 psf, according to Urbanation. 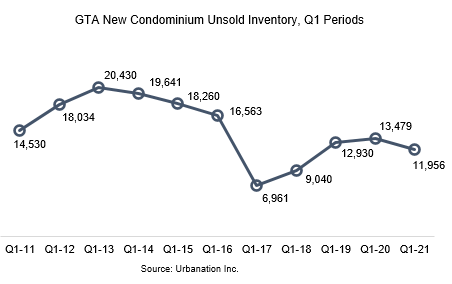 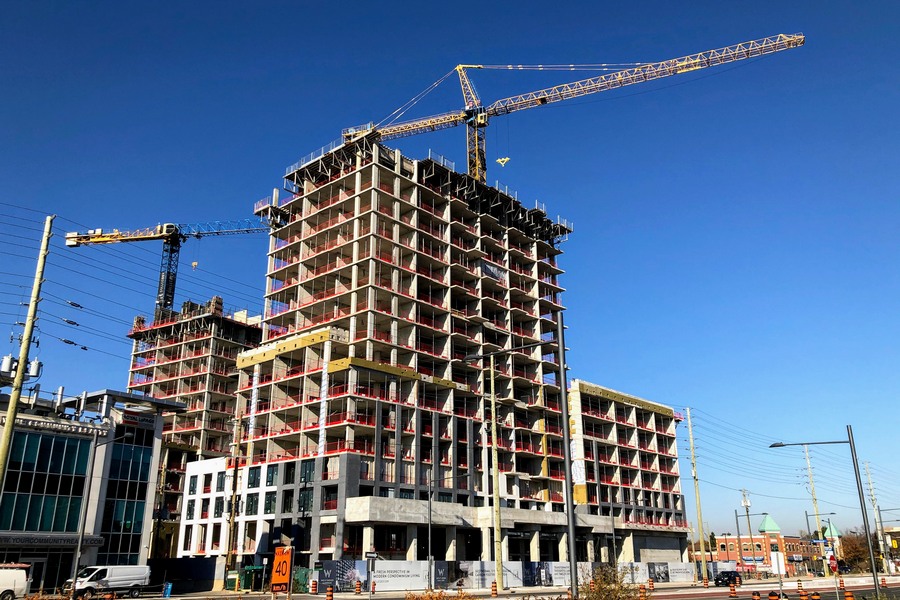 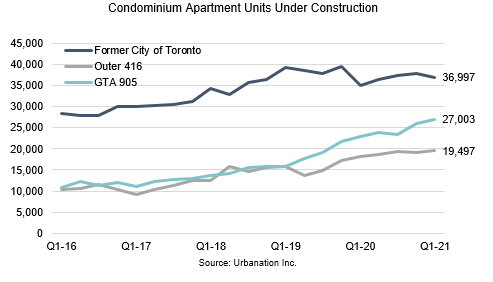 “The downtown Toronto condo market turned the corner in the first quarter of the year on low borrowing costs and renewed optimism regarding the outlook, but also partly due to chain reaction after suburban home prices soared 30% over the past year and put the spotlight back on urban properties,” said Shaun Hildebrand, President of Urbanation.