On September 14th, developer Empire Communities hosted a rooftop party at their Toronto Eau Du Soleil site to celebrate a construction milestone of the project, as the two towers approach their final heights. Designed by Richmond Architects and Zeidler Architects, the two-tower project on Etobicoke’s Humber Bay Shores is the tallest Toronto project currently under construction outside of the downtown core. The two buildings will reach heights of 67 and 50 storeys, with a late 2019 completion date currently tabled. 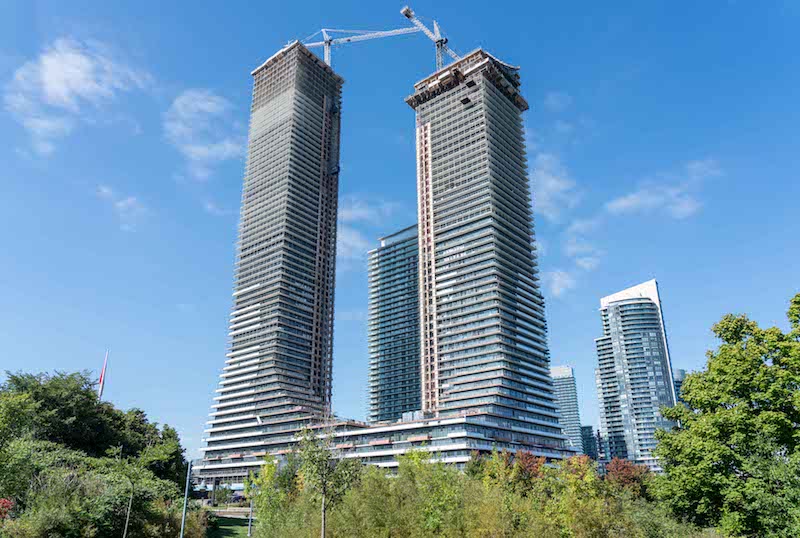 Excavation started in August 2015 and in the three years since, Eau Du Soleil has gradually become a highly visible focal point of the Humber Bay Shores, with the project’s height allowing for unobstructed views of Toronto and Mississauga. Eau Du Soleil’s taller 67-storey tower makes it the tallest building in Toronto outside of the downtown core.

To celebrate the construction milestone as the towers reach their final heights and cladding continues, Empire hosted a special luncheon and rooftop tour last week with company executives, staff and trade partners. 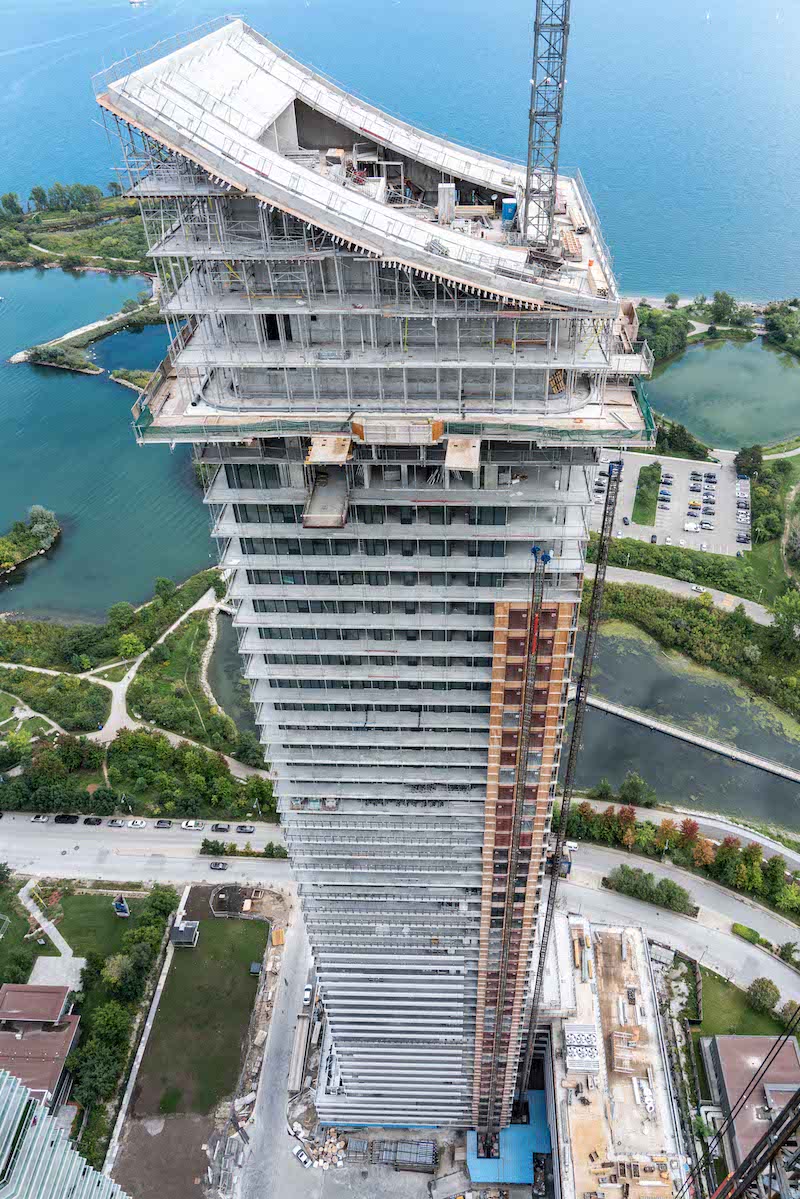