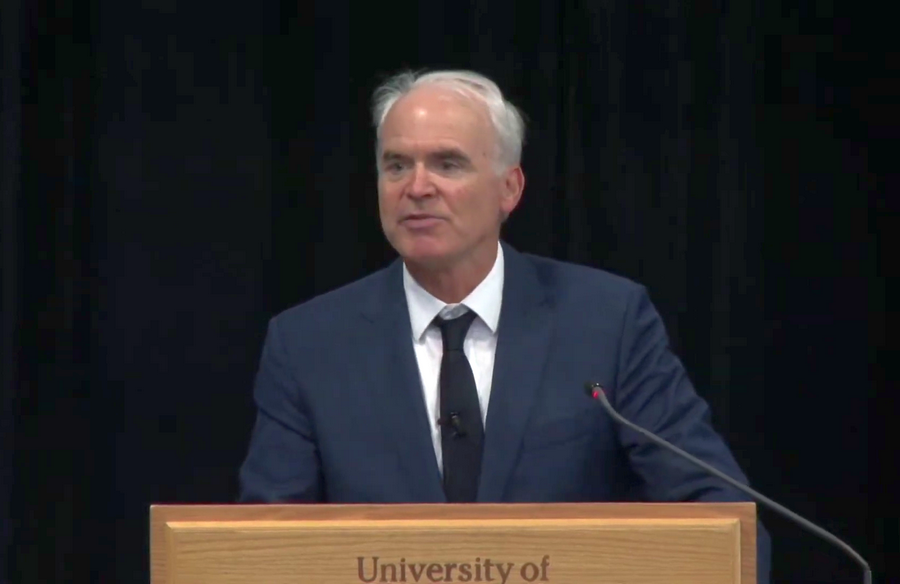 OTTAWA – Bank of Canada deputy governor Paul Beaudry said in hindsight, governments and central banks should have withdrawn stimulus measures earlier as economies recovered from the COVID-19 pandemic, which likely would have kept a lid on inflation.

In a speech at the University of Waterloo on Tuesday, Beaudry said a faster global withdrawal of fiscal and monetary stimulus during the recovery from the pandemic would have likely resulted in lower inflation.

Beaudry said fiscal and monetary policy in one country has spillover effects in other nations that are not always accounted for.

One of the lessons from the global financial crisis in 2008-2009, he said, was that countries would have benefited from a more gradual withdrawal of stimulus because of spillover effects.

This lesson, he said, influenced policy decisions during the pandemic. However, Beaudry noted that the COVID-19 economic crisis was different and public health measures meant supply in many sectors couldn’t keep up as demand began rebounding.

“Bottlenecks occurred in these sectors because of demand surges driven by a combination of stimulus policies, shutdowns and re-opening, as well as by consumers shifting away from services.”

“It’s likely a somewhat faster global (stimulus) withdrawal process could have made all countries better off,” he said.

At the same time, Beaudry said the stimulus measures contributed to a faster-than-expected bounceback for the economy, with labour markets recovering six months sooner than after the global financial crisis.

Moving forward, Beaudry said the Bank of Canada is focused on clear communications with the public on its policy decisions to ensure Canadians don’t expect high inflation to persist for long.

Central banks generally worry when people and businesses expect inflation to remain high because those expectations can feed into even higher prices.

Beaudry also addressed concerns raised by some that the central bank would need to engineer a substantial economic slowdown, or even a recession, to bring inflation down.

Beaudry said the Bank of Canada believes people set their inflation expectations partly based on past inflation and partly on communication of central banks about where monetary policy is headed.

Statistics Canada released its consumer price index report for August earlier on Tuesday, which showed inflation slowed to 7.0 per cent. Beaudry said while inflation is headed in the right direction, it’s still “too high.”

The deputy governor said the bank is leaning into effective communication with the public on monetary policy to help alleviate some of the heightened concern about inflation persisting.

The deputy governor concluded by reiterating the bank’s commitment to bring inflation back to its two per cent target and thereby fulfilling its mandate.

“We will continue to take whatever actions are necessary to restore price stability for households and businesses.”

This report by The Canadian Press was first published Sept. 20, 2022.