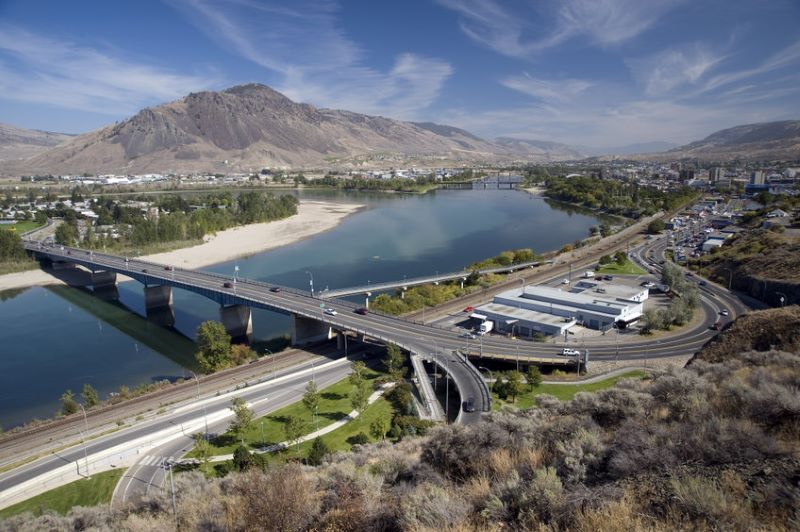 An 11-storey apartment building — the first residential tower to rise downtown in two decades — has been given the green light by city council.

Council has approved a development permit for Kesar Properties to build a 115-unit apartment building, with commercial space on the ground floor, overtop a parking lot behind the Thompson Hotel in the 600-block of Lansdowne Street.

Across from the transit exchange, the building will front the one-way Lansdowne Street, with access to a two-level underground parkade from that street. The apartment meets the required 109 parking space requirement — 92 underground and 17 surface spaces accessible from the alley.

The project includes landscaping and improvements to the boulevard on the south side of Lansdowne Street, as well as multiple patios, and consists of a mix of 86 one-bedroom, 28 two-bedroom and one three-bedroom units.

City of Kamloops development, engineering and sustainability director Marvin Kwiatkowski noted the building’s units are all rentals and not strata units that will be sold.

When the building rises, Kwiatkowski said both the Kamloops Curling Club and Thompson Hotel should have enough parking on their own sites.

“You never know, some may spill out on to the street as a matter of course in a major event, but it’s in the downtown, so there’s usually ample parking within a few blocks,” Kwiatkowski said.

The development qualifies for the city’s 10-year, 100 per cent property tax exemption of the increased assessed value of improvements for both its residential and commercial components. The site consists of four properties that will need to be consolidated before a building permit is issued.

The new apartment building, which will be built between the six-storey Riviera Gardens and the curling club, is one of many recent building developments taking place in that section of downtown.

One of three office buildings being built a block over on Lansdowne, between Fifth and Sixth avenues, is under construction, while a six-storey affordable housing apartment building geared toward seniors is being built on the northeast corner of Victoria Street and Sixth Street.