Sales of previously occupied U.S. homes fell in August and prices that have been soaring eased, the latest sign the housing market is cooling as intense competition leaves many would-be buyers on the sidelines.

Existing homes sales fell 2% last month from July to a seasonally-adjusted annual rate of 5.88 million units, the National Association of Realtors said Wednesday. That’s slightly more than the 5.87 million economists were expecting, according to FactSet. 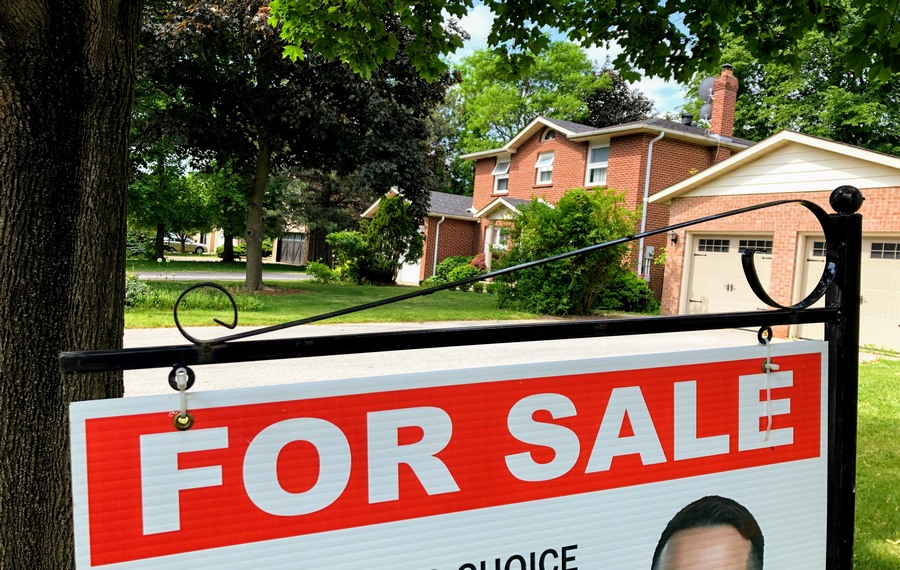 Sales fell 1.5% from August last year. As of last month sales were running 16% higher than in the same stretch of 2020, before a surge in sales as the market bounced back from a slowdown in the initial months of the pandemic. Sales are also up about 12% from where they were in the first eight months of 2019.

“So, clearly home sales are settling down, but above pre-pandemic conditions,” said Lawrence Yun, the NAR’s chief economist.

*US Inventory Of Unsold US Homes At 2.6 Months Supply

Home prices continued to climb last month, though at a less torrid pace. The median home price rose to $356,700, an increase of 14.9% from August 2020. That annual gain was more modest than the 20%-25% year-over-year increases seen earlier this year.

“The huge price gains that we have been observing in the first half of the year, those are over, and price trends are clearly moderating,” Yun said, adding he expects the typical home bought last month will only appreciate about 5% a year from now.

“The high home prices are squeezing the first-time buyers out,” Yun said.

The housing market grew fiercely competitive over the last year, with sellers often receiving multiple offers that exceeded the asking price as would-be homeowners scrambled to land a home amid as the inventory of properties for sale hit record lows.

But there now there are some signs that competitive fervor is easing, if only because soaring prices have left many would-be buyers discouraged.

Demand is outstripping supply which causes prices to spiral and price people out of homes making housing the least affordable ever and we just don’t know why.
But we’re here to help. pic.twitter.com/VbBmol42nC

Yet a dearth of homes for sale continues to support prices. At the end of August, the inventory of unsold homes stood at 1.29 million homes for sale, down 1.5% from July and down 32% from a year ago. At the current sales pace, that amounts to a 2.6-month supply, the NAR said.

And homes continue to sell within days of hitting the market. Homes typically remained on the market 17 days before getting snapped up last month. That’s unchanged from July and down from 22 days in August 2020. Some 87% of homes sold last month were on the market for less than a month, the NAR said.

Individual investors, who account for many cash sales, bought 15% of homes in August, even with July but up from 14% from August 2020. All-cash sales accounted for 22% of transactions, down from 23% in July and up from 18% in August last year.

Buyers are still benefiting from ultra-low mortgage rates, which help make financing more affordable. The average interest rate on a 30-year mortgage fell to 2.86% last week, according to mortgage buyer Freddie Mac. That’s very close to where the benchmark rate stood at this time last year, 2.87%. It peaked this year at 3.18% in April.

But Yun noted that mortgage rates are likely to only go up from here by the end of the year or in 2022, citing expectations that the Federal Reserve is moving closer to begin reducing the $120 billion monthly bond purchases, which are being made to help lower long-term interest rates.

How much longer is the Fed willing to gamble with its “transitory” inflation narrative on the backs of the bottom 50% who are getting pounded with higher housing, food & other cost of living price increases & who don’t own the assets inflated by the Fed’s policies? pic.twitter.com/9DkfcMXx5h