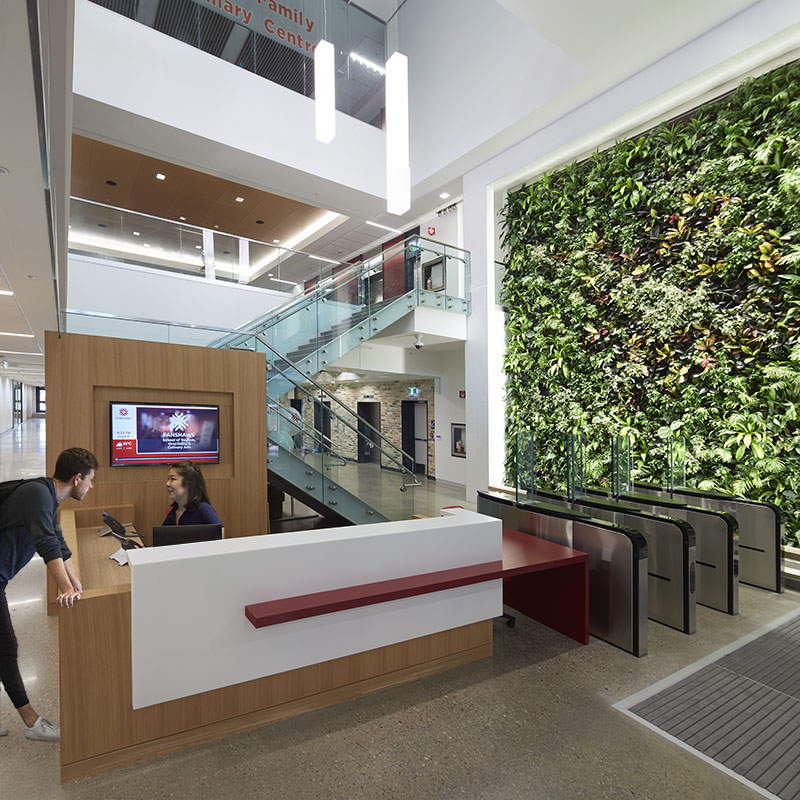 The 10,600 sm (114,000sf) building transforms a historic department store into a vibrant urban campus to welcome 1,600 students, staff and faculty. Some of the original features and materials are incorporated in the newly built facility, which retains its street character fronting on Dundas Street.

The new building is home to the Schools of Tourism, Hospitality and Culinary Arts and Information Technology. The seven-storey structure includes a setback three-storey addition above the original building with a façade enlivened by colourful metal panels and varying densities of frit on the glazing.

“The building site is 55 metres long and narrow, so in order to bring in daylight and enhance the transparency, a light well and staircase in the centre of the building extends to the second-floor main event space,” said Sydney Browne, Principal, Diamond Schmitt Architects.

The former Kingsmill’s department store dates to the late 19th-century and was a fixture of city life in London. The stone facade and awning on Dundas Street have been preserved while the adjacent red brick annex was taken down, restored and replaced. Other original features incorporated in the design include reclaimed wood joists, a tin ceiling and locally made yellow brick. The pneumatic tube messaging system and the original store safe are both on display.

The $66.2 million campus is the largest single project by southwestern Ontario’s biggest community college. “It’s rewarding to see this project come to life and to feel the energy of an additional 1,600 students in downtown London,” said Fanshawe College President Peter Devlin.