Across Toronto and the wider region, up to 176,000 new units could be added to rental sites to meet crushing demand. These 950 infill sites are already purchased and zoned — there is simply room and an opportunity to add more. 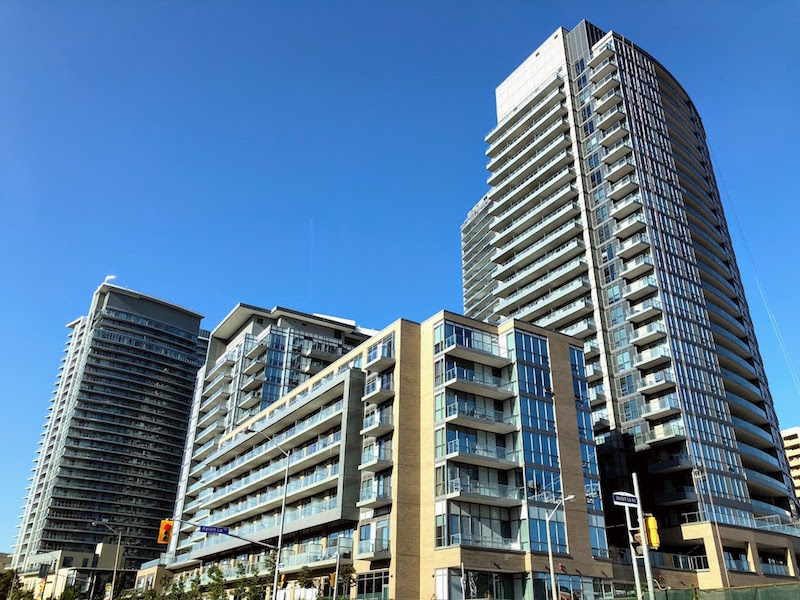 A recent rental market study projects a shortage of up to 200,000 rental units in the Toronto and the Greater Hamilton Area (GTHA) within a decade, a trend that has been pushing vacancies low and prices high. But with a global pandemic blunting travel, immigration, employment and student accommodation, Toronto has suddenly tipped in the opposite direction: landlords courting tenants.

The Urbanization report — prepared for the Federation of Rental-Housing Providers of Ontario (FRPO) — considers COVID-19 and still anticipates “a return to base projections” by 2022. According to its calculations, the long-term demand remains — and hidden in plain sight could be the potential to meet it.

The potential for infill development is important for two reasons, says Tony Irwin, president of FRPO.

“A lot of the sites are concentrated outside of the downtown core in relatively affordable markets,” he says. “The other thing that’s important is that over 35 per cent of the potential units that we identify through this report are within 800 meters of a current or future transit station.”

That amounts to slightly more than 60,000 new rental units possible within a 10-minute walk of rapid transit. It’s a notable number when the government of Ontario commits to building around transit for “healthy, connected communities” and COVID-19 recovery.

Toronto city Councillor Brad Bradford has a dual perspective on the issue. Citing outdated systems and overzealous NIMBYism, Bradford has said Toronto is stuck with “a strong aversion to change.” He’s an urban planner who worked for the city’s planning department before jumping into municipal politics; now he represents Ward 19, Beaches — East York.

“If we could unlock development on these transit-oriented, rental infill sites, overnight we’d have an incredible impact on our city’s housing affordability crisis,” he says.

“To be clear, I say this not because new supply would solve this problem instantly. We know that supply alone does not fix affordability. We also need the right kinds of supply in the right places — supply like ‘missing middle’ housing, which is more livable and more practical for families, for example.”

Toronto is making some moves, Bradford says: The city is poised to implement inclusionary zoning policies that would require a percentage of units built around transit hubs to be affordable; the Open Door program already incentivizes and fast-tracks affordable rental development; and the city is also working to modernize and improve the development process more broadly.

Diana Petramala’s projections for a rental unit shortage are more conservative: “My own estimates suggest that’s a bit high,” she says, citing current construction underway and long-term impacts of COVID-19.


In a chart, she illustrates the big picture across Ontario over almost 70 years: “There is a lot less building in Ontario to meet Millennial demand than when Boomers were entering the labour market and housing market.”

Although her anticipated shortfall figure is lower, Petramala sees the potential in existing sites.

“I do agree that there’s a lot of potential for infill construction in the Toronto CMA, even the greater Golden Horseshoe, and it goes beyond the downtown areas that are already built,” she says. “There’s a lot of capacity to build along transit lines. I think that it’s enough potential, for my own estimates, to absorb all the population growth that is expected out to 2051.”

Petramala cautions against building too much too fast — especially high-density and especially condos — pointing to the late-1980s homebuilding frenzy and the subsequent 1990 housing market crash that followed, rippling through developers, banks and investors, and then the economy more broadly. Her chart shows that boom-bust as well.

Instead, mid-rise developments and ground-related housing — which includes semis, townhouses and stacked towns — are “safer and healthier” for both markets and communities, Petramala says.

“You get all kinds of financial risks associated with building too many condos and not enough ground-related housing,” Petramala says. “On the condo side, how sustainable are those investments? And then on the ground-related side, are people taking on too much debt to buy these units?”

It’s a conundrum: Builders want taller buildings to make financial sense, communities often want heights to come down. To recoup costs for a mid-rise project, builders charge luxury prices, thus the expense of a mid-rise build is passed down to the consumer.

Irwin says FRPO’s rental providers are constricted by these realities. His membership wants to build a variety of units, not just luxury ones.

A project may be approved by the city, for example, but only if 12 storeys are removed from the building’s height: “The economics simply don’t support that,” Irwin says.

“I recognize that you have to be responsive to different points of view [of the community],” he says, “but there has to be a way to … make projects realistic, and approve projects that are economically feasible.”

Purpose-built rentals offer more stability than condos bought by investors and rented out: Condo landlords can sell the unit or decide to use it themselves, sending the renter bouncing into the market again.

“Over the last two or three decades, very little purpose-built rental housing has been built in the Toronto area,” Irwin says. “There’s nothing wrong with condominiums, but we need a mixture of different housing types. And we need an environment that definitely encourages and supports purpose-built rentals.”

“There are HST reforms that move the dial on rental viability,” he adds. “That’s something that would need to come from the province.”

However the pieces come together, everyone agrees: The region needs more supply.

“Over half of Toronto’s households are renters,” Bradford says. “The rental market is a key component of housing affordability and without new supply, our housing system gets stuck.”

Nina Dragicevic is a free-lance journalist who writes for Rentals.ca and other local and national publications and news outlets, with bylines in the Toronto Star, CBC and Toronto Storeys.