Waterloo Region is Canada’s fastest growing tech talent market, having grown by almost two thirds over the last five years, while Toronto led in terms of the absolute growth of its tech labour pool. According to CBRE’s 2017 Scoring Canadian Tech Talent Report, Waterloo Region added 8,400 tech jobs from 2011 to 2016, a 65.6 per cent growth rate, and the second fastest rate of tech labour pool growth in North America after Charlotte, North Carolina at 77.1 per cent. However, Toronto remains the undisputed magnet for tech employers and employees, expanding by 51,300 tech jobs, a 31.8 per cent increase for the city, over the same period.

“Cities across North America are jockeying for the attention of leading tech firms and it’s increasingly clear which cities are leading the pack. Waterloo Region continues to show its strength as one of Canada’s top tech markets and a major engine of innovation for the Canadian economy. Not only is it the fastest growing over the five-year period, it is also the fastest growing market year-over-year, adding 5,600 jobs alone in 2016, an increase of almost a third in a single year per cent,” says Paul Morassutti, Executive Managing Director at CBRE Canada. “Even after the fall of Blackberry, which was once one of Waterloo Region’s top tech employers, the region continues to benefit from clustering of the high-tech industry. Companies such as Shopify are attracted to the collaborative and competitive environment that supports entrepreneurship, innovation and development.”

The report, published for the second consecutive year, analyzed 10 of Canada’s largest cities to create a scorecard which ranks their tech talent offering. The final rankings were determined based on 14 metrics, including tech talent supply, growth, concentration, cost, completed degrees, industry outlook for job growth, and market outlook for both office and apartment rent cost growth. 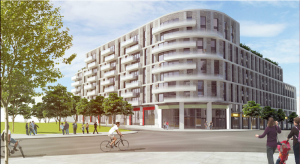 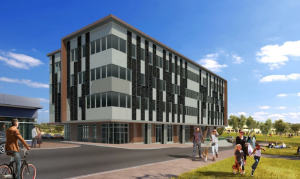 Toronto, for the second year, clutched the top spot, while Ottawa and Vancouver traded positions, ranking second and third, respectively. Vancouver offers very high quality labour at a moderate cost to employers, however its ranking suffered as the city experienced flat tech job growth in 2016. Ottawa, on the other hand, increased its tech talent base by 11.9 per cent or 7,300 jobs over the same year, and boasts a labour force with the highest education attainment among all cities surveyed. Montréal and Waterloo Region round out the top five, with Waterloo Region climbing three ranks from last year. Calgary, Edmonton, Halifax, Winnipeg and London were ranked six to 10.

Landlords are competing for tech tenants and are most successful when leasing existing character-filled, brick and beam buildings. As supply dwindles, landlords are increasingly defixturing offices towers to fashion desirable office space in amenity-filled neighbourhoods. That said, while physical real estate is an important component of tech companies opening and expanding operations, access to talent and wages are much more significant when making locational decisions. Cost of real estate average six per cent of typical company overhead and labour costs account for 60 to 70 per cent, with tech workers commanding, on average, 40 per cent more than non-tech workers in Canada. Taking both talent and real estate costs into consideration, a typical 500-person tech company in 75,000 square feet of office space in Canada can expect total annual costs to range from $33 million in London, the least expensive Canadian city, to $43.9 million in Calgary, the most expensive market. For contrast, Oklahoma City is the cheapest U.S. market at $43.3 million, more expensive than every Canadian city except for Calgary, demonstrating the relative value for international tech firms looking to locate in Canada.

“Although value continues to influence office location decisions, tech companies are putting more stock on the availability and concentration of quality talent. Ottawa, Waterloo Region and Toronto all offer the highest concentration of tech talent, with tech jobs in Ottawa accounting for over one-in-10 of all jobs in the city. These were also the fastest growing markets in 2016. As the influence of tech among all industries rises, and the battle to attract and retain tech talent is no longer fought by traditional tech firms alone, it’s no surprise companies are willing to embrace higher costs in order to be where the talent is,” says Morassutti. “For global tech firms looking to grow in North America, Canada provides the best bang for their buck. Canadian cities offer companies highly educated talent pools and immigration policies that allow for the recruitment of the best talent from around the world, lower salary costs and all with the benefit of a discounted Canadian dollar versus the U.S. dollar.”

A Path to the Table

What’s Coming, What’s Here, and Do We Care?

The “Missing Middle”: Why the Fix is Nowhere in Sight