Just the thought of life in Brampton without a car can make one’s legs hurt.

In the sprawling city’s collection of subdivisions, driveways are converted into parking lots. Cars line residential streets around the clock. Otherwise isolated neighbourhoods are linked by a network of highways and six-lane roads that a plane could land on.

It is next to impossible for many residents, and even planners in the city, to imagine life without a car. 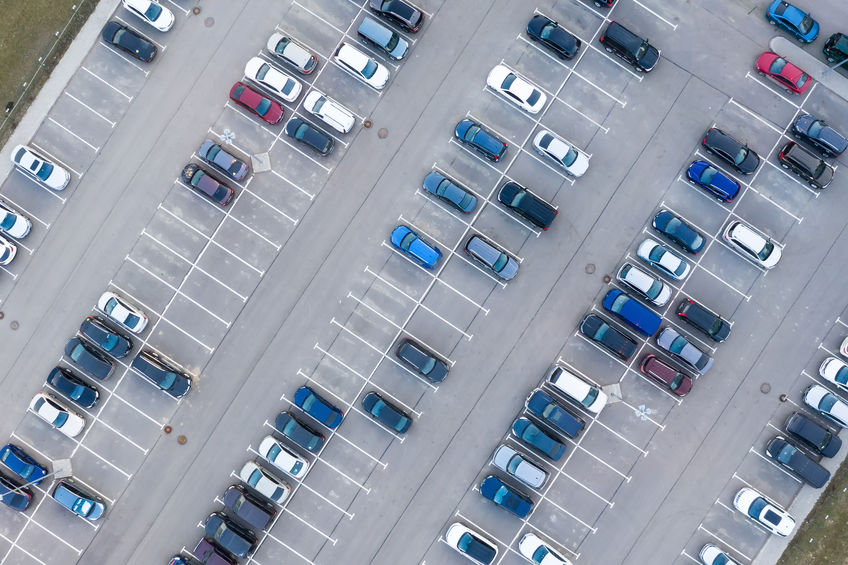 Brampton’s built form, where around 80 percent of the city is zoned for single-family homes, is an exercise in urban design built to send carbon into the environment.

In 2018, the Intergovernmental Panel on Climate Change pointed the finger squarely at asphalt covered car-kingdoms like Brampton. A report by the group said sprawling cities that bake car-centric assumptions into every element of their planning have driven up people’s reliance on fossil fuels.

Moving away from the car could unlock Brampton’s streets, improve its health and offer our rapidly warming planet some desperately needed relief.

In December 2019, councillors in Brampton showed a willingness to change and told staff to reassess the entire parking model through a comprehensive review. The purpose of the study is to revisit outdated parking rules, which mandate developers to provide a minimum number of parking spots, and streamline or eliminate the requirements in pedestrian friendly areas served by transit.

The publication of a parking review itself is not a panacea. In Mississauga, council approved its review in 2019, with the project divided into short, medium and long-term priorities. Even the short-term elements of the plan have a two-year horizon for completion.

At a recent Planning and Development meeting, Brampton staff confirmed to councillors they are currently searching for a contractor to complete the review. The news, a year after the idea was initially floated, means a full list of recommendations for a city-wide overhaul of parking rules is unlikely to be ready until at least the fourth quarter of 2022.

As time continues to stretch between the initial plan in 2019 and its first milestone in 2022, hundreds of new units will be approved and built in Brampton. Even in a context where councillors have agreed the culture of parking minimums needs to be overhauled, current rules will require developers to continue building underground, aboveground or street-level parking.

The issue of parking has long been criticized in urban design circles, with city planners appearing to have paid little attention. Donald Shoup, a distinguished professor of urban planning at UCLA, has written at length on parking. He condemns city planning standards and argues there is no rhyme or reason to the parking formulas planners must obey.

In his lengthy book on the topic, The High Cost of Free Parking, Schoup says parking rules are closer to “sorcery” than science.

The costs associated with these kinds of parking requirements are high and varied. On the financial front, research conducted by Shoup across 12 American cities in 2012 found the average cost of an above-ground parking space was $24,000 (USD) with the average underground spot coming in at $34,000 (USD). The land required for this parking creates an artificial shortage, as habitable space ready for development becomes designated parking spots, required for builders to construct units in accordance with city bylaws.

Innovative redevelopment projects, including RioCan’s Shoppers World plan at Steeles Avenue and Main Street, are actively reversing this trend by turning parking lots into condo towers. The area is one of three small spaces City staff are applying a narrow lens to as they await the results of a full parking review.

On January 18, the City of Brampton held a public meeting to consider plans to eliminate parking minimums in the downtown, Hurontario Street and parts of Queen Street. A staff proposal, likely to return for final approval in March, outlines minor changes in a small part of the city that could help reduce reliance on the car, but stop well short of forcing a transportation revolution in a suburb that harbours dreams of becoming a future ready vertical city.

The plan considers a small area on Steeles Avenue and Hurontario Street, where the Hurontario LRT will turn around once it’s completed in 2024. It also takes in a portion of downtown Brampton at Main and Queen, extending east along Queen toward Bramalea.

The logic behind these choices is unclear and staff struggled to explain it at the planning meeting.

More than once, Wards 7 and 8 Councillor Pat Fortini asked why staff had not proposed the entire Queen Street corridor, which has been earmarked for a bus rapid transit (BRT) route by Metrolinx to open as early as 2026. On each occasion, the councillor was told the comprehensive parking review would include this element when it is eventually published in 2022 and actioned in the years that follow.

Downtown Brampton, served by the future Queen Street BRT and Kitchener GO line, was included in the parking minimums, but Mount Pleasant and Bramalea, both served by the same GO line, were not.

“We look at the downtown, we look at the parking, but at the end of the day, we can’t build because of the floodplain,” Fortini said. “Along Queen Street, which is a major transit line, my thought was we were going to look at everywhere across the city to eliminate the parking.”

In Brampton’s downtown, one of the areas the permanent scrapping of minimum parking requirements is planned for, the City’s budget process shone a light on the cost to taxpayers of half-baked parking policies. A deputation to the budget committee by resident Sylvia Roberts, a keen observer of City Hall meetings who has a loyal following on social media, unpacked in detail how an uncoordinated policy dating back more than a decade had cost Bramptonians dearly.

Roberts referenced a downtown parking study the City had completed in 2009, showing City Hall was charging too little for its own visitor parking spaces and that, without demanding more, it would never be able to force a change in habit. Low parking costs also meant the taxpayer found themselves on the hook for millions of dollars of maintenance in 2021 as user fees failed to cover the costs of resurfacing and other work on public parking stalls throughout the city.

The example shows the folly of incomplete policies. For years, Brampton had parking exemptions in the downtown for non-residential buildings on a rolling temporary basis, but the provision of cheap and plentiful municipal parking meant there was no disincentive to drive and, when the repair bill came around, it wasn’t just drivers who paid for it.

Whether the reduction of parking minimums in the downtown will reduce reliance on the car or see residents walking past municipal garages remains to be seen.

And until rapid transit becomes the norm, there will likely still be plenty of demand for parking.

In Brampton, where vision is critical to turn the municipality away from its sprawling past, an overhaul of parking rules could catalyze a seismic culture shift. But, even with the support of council, change still looks like it will take some time.

Save the trees: Never-ending construction in cities threatens the urban forest

Reopen recreation spaces after COVID-19 for the good of the public, not the…