In 2021, as business returns at a limited in-person capacity, lobbies and hallways remain quiet while facility operators and managers experience reduced occupancy. Unfortunately, empty spaces don’t necessarily equate to lower energy usage. To mitigate the consequences of mold, mildew and internal freezing, boilers and pumps must be cycled to keep water circulating through the hydronic system. A necessary but often painful expense for empty spaces.

Under normal circumstances, a significant portion of operating costs go toward energy to run hydronic HVAC systems, costing buildings and facilities in North America hundreds of millions of dollars annually. Outside of changing to more efficient lightbulbs and attempting to consolidate occupancy to specific zones or floors, controlling expenses without occupants shifting their energy habits can be a challenge. Even these solutions are small and incremental.

There are also emissions concerns. According to the International Energy Agency, HVAC systems globally account for 39 per cent of CO2 emissions. Even relatively warm areas can far exceed that number, for example the City of Vancouver cited building heating/chilling as the single largest source of carbon pollution, making up 54 per cent of all emissions.[1]

Tight budgets limit most older buildings and facilities from installing energy-saving hardware like high-efficiency boilers. However, some municipalities have passed or are considering ordinances aimed at lowering usage and emissions, adding further pressures to operators.

Hundreds of facility managers have turned to temperature-stable non-ionic surfactants that can be applied to nearly any hydronic system, from boiler/chiller to geothermal. These additives treat the recirculated water of the system, significantly improving temperature transfer and reducing energy consumption by up to 15 per cent.

Able to perform side-by-side with glycol and corrosion inhibitors, the concentration of a non-ionic surfactant should remain at around one per cent with annual testing recommended. Installation of the additive is an easy one-person task, requires no downtime and, in most cases, involves no extra equipment.

A non-ionic additive was tested by the University of British Columbia (UBC) to determine the improvement in the system ΔT (the difference between supply temperature and return temperature) inside a secondary system on the university’s district heating network.[2]

The Horticulture Building within the UBC DES system is set up with 15-minute monitoring on flow/return temperatures, internal comfort conditions and external ambient air temperatures to allow the variable flow valve to open/close dependent on the demand and weather conditions.

The goal of the test study was to monitor the additive’s impact on the systems ΔT and verify if the additive could improve heat transfer. The test also monitored the valve position (VF) at the heat exchanger, recording building demand compared to outside temperature. [Fig.3]

During each 15-minute interval, the external temperature is recorded and compared with the valve position. During any day the VF valve will open and close during the individual boiler cycles. The combined averages of the time periods are shown in Table 2.

The average valve position in the post-surfactant period was smaller than the baseline period despite the ambient temperature being colder.

Validation: The non-ionic surfactant reduced the average VF Valve position. This is a reduction in the electrical workload of the pump to maintain the comfort conditions required in this district heating system.

From large universities to single apartment buildings, non-ionic surfactant additives have been field-tested for over a decade for commercial and residential use. In more than 90 per cent of the cases, the additive reduced costs and emissions by between 8-15 per cent with a return of investment of less than 2 years. 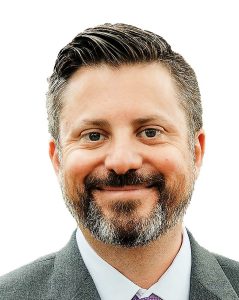 Will Wilson manages the Sustainability Division of Pace Solutions. His focus is on educating the marketing on innovative solutions to tackle building energy efficiency and emissions reductions. [email protected]

How cities can avoid ‘green gentrification’ and make urban forests…

Slaves to speed, we’d all benefit from ‘slow cities’