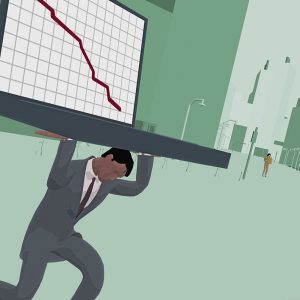 Members of the building industry have weighed in on the 2017 Federal Budget. The Royal Architectural Institute of Canada (RAIC), Canada Green Building Council (CaGBC), Provincial Building and Construction Trades Council of Ontario (PBCTO), Ontario Construction Secretariat (OCS), and Housing Central (a B.C. Non-Profit Housing Association and Co-op Housing Federation of B.C.) are among the organizations that have issued statements in response.

This year’s Budget continues the theme of investment in communities and the built environment that underpinned the 2016 Budget. The Budget provides greater detail on how the government will be investing $21.9 billion in green infrastructure, including a number of key investments directed at increasing energy efficiency and encouraging net-zero energy buildings and related industries.

Highlights of budget items related to the built environment include:

According to Michael Cox, president-elect of the RAIC, “This Budget strives to be transformative for people, place and planet. Its promise is to invest in more sustainable systems – infrastructure, buildings, transportation, industry and innovation – that will elevate Canadians’ quality of life.”

Much of the Budget is centered around cities with a federal re-engagement in housing, transit system expansions and infrastructure at post-secondary institutions. Sustainability underpins much of this funding with new building codes, energy renewal programs and $5 billion earmarked for green infrastructure projects. “A clean environment and strong economy go hand-in-hand,” says Jennifer Cutbill, RAIC’s Chair of Committee on Regenerative Environments. “It’s good to see the government investing in climate change actions.”

Acknowledging the commitments for additional funding for Indigenous Peoples, professor and architect Patrick Stewart, the Chair of the RAIC’s Indigenous Task Force, says that any such investment must be “based in the Indigenous knowledges of their communities to contribute to the success of their communities. This is especially true for design where our alternative design processes and forms of community engagement empower First Nations communities.”

Innovation to solve Canada’s big challenges features prominently this year. For example, the Smart Cities Challenge calls for improving quality of life through better urban design. “It’s interesting that the government is rethinking what a 21st century city should be and recognizing that it deserves money for research” says Mr. Cox. “We’re one of the professions key to developing smart cities.”

The CaGBC was pleased to see the Budget support a low-carbon innovation agenda. The CaGBC views innovation in green building as key to accelerating the move to a low-carbon economy and meeting Canada’s 2030 emission reduction targets.

The Budget’s initiatives are in line with CaGBC’s own innovation strategy, which includes the launch of Canada’s first Zero Carbon Building Standard by the CaGBC this May, energy benchmarking training programs across the country, and new research outlining the potential economic and environmental impact of retrofitting of existing buildings. However, while the Federal Budget featured many commitments aimed at propelling the clean economy, it fell short of taking full advantage of the potential emissions reductions opportunities the Canadian building sector has to offer.

“The CaGBC is encouraged to see that the federal government is investing in green building, specifically in its own portfolio, and in developing the codes, skilled jobs and renewable energy technology that will be required to support retrofitted and net-zero energy buildings,” says Thomas Mueller, president and CEO of the CaGBC. “While this leadership is a strong step forward, the green building industry wants to see bolder action. The urgency of climate change demands ambitious and accelerated deployment of solutions.”

“Building codes are an important stepping stone but at the same time, innovation toward low-carbon buildings and the retrofit economy also needs to be supported, through new mechanisms like the Infrastructure Bank. In our ongoing conversations with the federal and provincial governments, we have been working to identify and implement mechanisms to accelerate the retrofit economy, and will continue to advocate for initiatives that push the boundaries.”

In addition to investments being made in social housing and public buildings, CaGBC hopes to see the Infrastructure Bank extend retrofit funding in the form of green financing to large commercial, institutional and residential buildings. Retrofitting existing buildings is not only critical to reaching the maximum emissions reductions possible from the building sector, but presents a massive economic opportunity. Unlike investments in more traditional infrastructure, building retrofits have the potential for a solid return on investment due to the significant energy savings they represent. Large-scale upgrades to existing buildings will also create jobs, drive the creation of new technologies and could contribute $32.5 billion in total GDP impacts by 2030 and reduce 19.4 million tonnes of GHG emissions.

The PBCTO represents 150,000 trades workers throughout the province. Commenting on the Budget, Patrick Dillon, Business Manager of the PBCTO says “Finance Minister Bill Morneau’s second Budget addresses the changing economy, but does not deal with a number of issues that working Canadians are facing.”

“The federal government is correct in recognizing that Canadians need to upgrade their skills and transition into new jobs as technology and innovation change the traditional workplace,” he says. “The Building Trades have been at the forefront of providing skilled trades training through our various training centres across Ontario. We are proud that our apprenticeship completion and retention rates are highest in the province, putting workers on track to join the middle class with well paying jobs and benefits.”

However, “Morneau’s Budget still does not tackle equitable taxation policy,” he says. “We need a progressive and fair tax system that provides the government with the revenue necessary to provide the programs that Canadians rely on.”

Dillon goes on to say, “We have raised the issue of fairness for tradespeople with successive governments. Current tax rules do not allow deductions for travel when a construction tradesperson works away from home. However, a construction salesperson going to the same jobsite as the construction worker is allowed to write off his or her travel, accommodation and food expenses. We find this to be unfair and discriminatory to the construction worker who is actually building Canada. Hopefully, the finance minister and government will give this some consideration when they provide their Fall Economic Statement.”

“The federal government is finally starting to deal with a perennial concern of ours, the underground economy,” said Dillon. “The underground economy is costing Canadians billions annually and takes work away from legitimate contractors and their workers. It also is part of the underfunding of our health care and education systems. I commend the Minister for his efforts but more needs to be done on this front.”

Federal Finance Minister Bill Morneau presented a much more cautious Budget this year than he did in 2016, says the OCS.

The Budget included $20.1 billion over 11 years in previously announced funding for public transit. Projects in Ontario that will benefit from this funding include Stage 2 of the Ottawa LRT, Metrolinx’s GO Regional Express Rail (RER) program and Toronto’s SmartTrack project. Over the next five years, spending on public transit will amount to $3.9 billion (less than 20 per cent).

The Budget takes a broad approach to skills and training funding rather than focusing on specific skills, jobs, trades or types of training. The Government provides funding to initiatives that support training for Canadians at various stages in their careers. This includes $395.5 million over three years in new funding for the Youth Employment Strategy which creates opportunities for young people. The budget also allocates $454.4 million over four years (starting in 2018-19) to initiatives that support mature students who are studying part-time, supporting a family or returning to school. In order to encourage those receiving EI benefits to seek new training, the budget provides $132.4 million over four years (starting in 2018-19).

Looking at transfers to other organizations and levels of government, the Budget increases funding to provinces and territories through Labour Market Transfer Agreements by $2.7 billion. Finally, the Budget provides $225 million over four years (starting in 2018-19) to establish a new organization which will work in partnership with provinces, territories, the private sector, educational institutions and not-for-profit organizations. This organization will explore new approaches to skills development, and identify future skills requirements in order to inform future investment in skills development.

Another area of focus for infrastructure investment is cultural and creative spaces. Over the next ten years, $300 million ($120 million over the next five years) has been allocated to the Canadian Cultural Spaces Fund which focuses on construction and renovation of spaces for the creative economy, artists and cultural entrepreneurs.

Housing Central members commend the federal government for following through on its promise to fund a national housing strategy in the Budget announcement. “The housing investments in the Budget represent some of the most important news in decades for British Columbians,” said Kishone Roy, CEO of the B.C. Non-Profit Housing Association, a member of Housing Central. “The crisis in B.C. is dramatically worse than in the rest of the country and solving it requires a long-term federal partner.”

The Budget includes a number of important measures to support affordable housing across the country. More importantly, the Budget sets the stage for a new era of partnerships and new investment opportunities to begin solving the affordability crisis and stimulate the development of new affordable homes across Canada.

“We’re extremely happy to see the government has created the conditions for a number of investment vehicles that will help co-ops and non-profits leverage additional capital and form new partnerships for new construction and the maintenance of existing properties,” says Thom Armstrong, Executive Director of the Co-operative Housing Federation of B.C., a Housing Central member.

“Combined with recent investments by the province and a renewed focus at the municipal level, we believe we’re now in a position to begin building permanently affordable homes for thousands of low and moderate income,” added Armstrong.

For full details on the federal budget, click here.