Move over, Toronto and Vancouver. Look to the wilds of Muskoka, where Cayman Marshall International Realty has created Canada’s latest real estate hothouse. 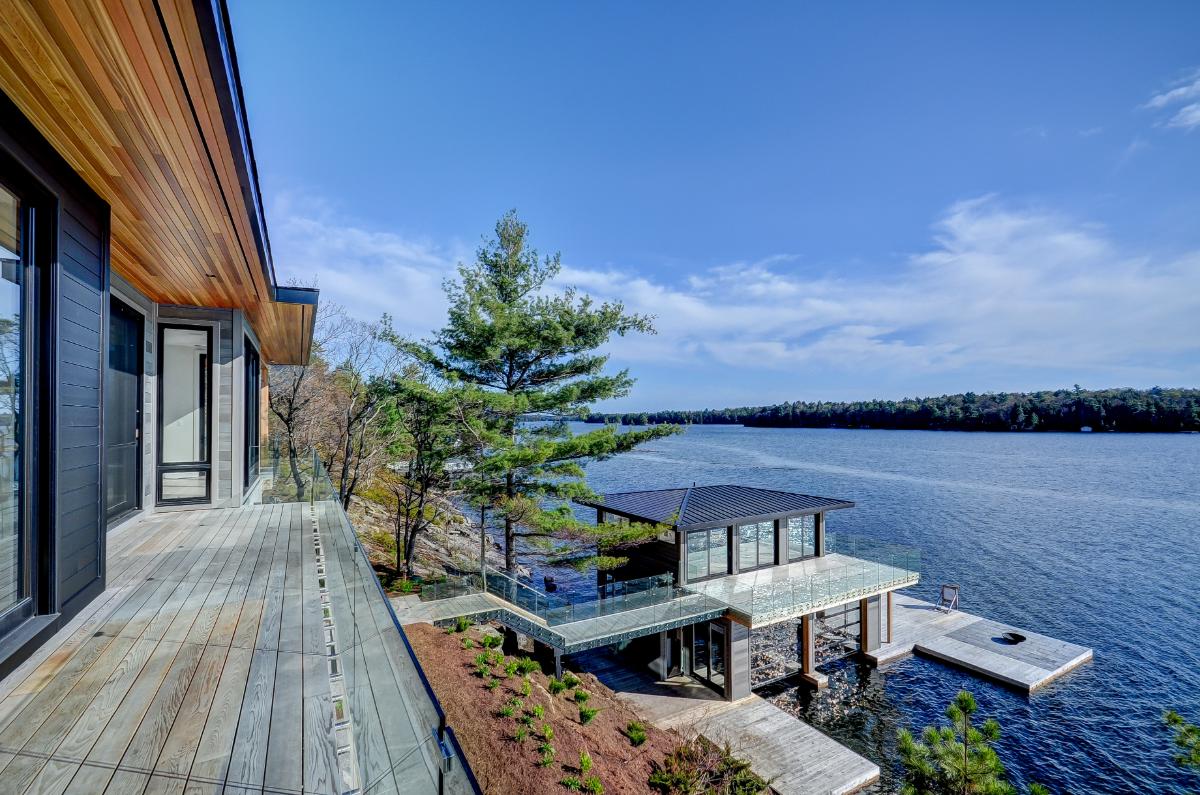 This is a business-story twofer, with two new disruptive business models incubated by an innovative real estate firm not, as one would expect, in the hothouse markets of Toronto or Vancouver, but in the wilds of Ontario’s cottage country.

His firm is on a roll, having won the 2017/2018 Best Real Estate Agency Canada prize, awarded by London, England-based International Property Awards. Last September, Canadian Business and Maclean’s put Cayman Marshall at No. 251 on their 30th annual Growth 500, which ranks Canada’s fastest-growing companies based on five-year revenue growth. Since opening in 2012, the firm has consistently doubled yearly sales. This past Christmas, it hit $1 billion in cumulative sales.

What is most remarkable, perhaps, is that Cayman Marshall, with only seven sales agents, is dwarfed by its brokerage competitors, some of whom have over 100 agents in Muskoka alone. “We’re David to their many Goliaths,” says Todd Adair. “As a new business, we went straight to the top of our local market. We’re definitely a disruptor.” Adding to the firm’s singular approach is its emphasis on buyers rather than properties. To that end, it boasts a “secret sauce”: a database of high-net-worth individuals built with proprietary lead-generation software.

When Adair bought what was then a small, obscure firm in Muskoka, named after its founders’ sons, “I started the business with the intention of doing something completely different. I wanted to create a brokerage for people who were fed up with brokerages,” says Adair, a licensed realtor and member of the Ontario Real Estate Association, Toronto Real Estate Board and the Muskoka Real Estate Board. “My first year selling real estate, I was the top-selling agent in our board and I had no listings at all. Instead, I focused strictly on where the buyers were.”

The average selling price for a Cayman Marshall listing is $2.2-million; most sales are for Muskoka waterfront property. “The big three lakes—Joseph, Muskoka and Rosseau—are where the big high-end sales are,” he says. “But anything that touches water, that’s our cottage-country specialty.” As for his unusual way to generate leads, “the software was 15 years in the making.”

Although born in Cochrane, Adair grew up in Muskoka, acquiring a love for and knowledge of the region. While studying economics at Ottawa’s Carleton University, he opened a small information-technology business, the first of many he would buy, start or sell during the next 20 years. After three years at Carleton, he worked as a business consultant for financial-services giants Macquarie Group and Arthur Andersen, then became a software developer, creating proprietary programs that he sold to U.S. realtors to generate leads. He subsequently adapted it for Cayman Marshall’s exclusive use in Canada. With it, he was able to build a database of high-net-worth clients and prospects.

“I started this business with only my technology and no listings. I intentionally didn’t take any listings my first year because I was trying to figure out how to make my technology work in Canada, based on the success I had selling into the U.S. market,” he says. “My focal point was the Internet, which is all about buyers. My fixation from the beginning was on buyers, not sellers. I focused strictly on where the buyers were and how to get people to call or email me to buy a property. That’s not usually where you start. We got known very early as the brokerage team that has all the buyers, instead of the brokerage team that has all the listings.

“Funnily enough, when you get known as the team that has all the buyers, you end up getting all the listings, because for a lot of these big properties it’s not like selling in a densely populated market where people could line up to spend five or six million dollars. In Muskoka, it’s more like, ‘Who can even find me a buyer for this damn place?’ because some of these places are almost impossible to sell; they’re big, beautiful and expensive vacation properties. You need to cast the nets very far and wide, not just locally, but internationally.”

A more recent device to augment lead-generation is the firm’s quarterly controlled-circulation coffee-table magazine, Cayman Marshall Collection, delivered to upmarket addresses in Muskoka and every home in Toronto with an assessed value over $4 million. Feature stories on lifestyle and local businesses are peppered with brokerage listings that comprise the magazine’s ads and function as teasers. “We give very little information. The reader has to go to the Internet to get more; our website will get them to subscribe. We want their information to be part of our database so we can send them listings and communicate with them forever. Our database becomes our strong horsepower. Everything funnels around it: the magazine, our website and social media.” 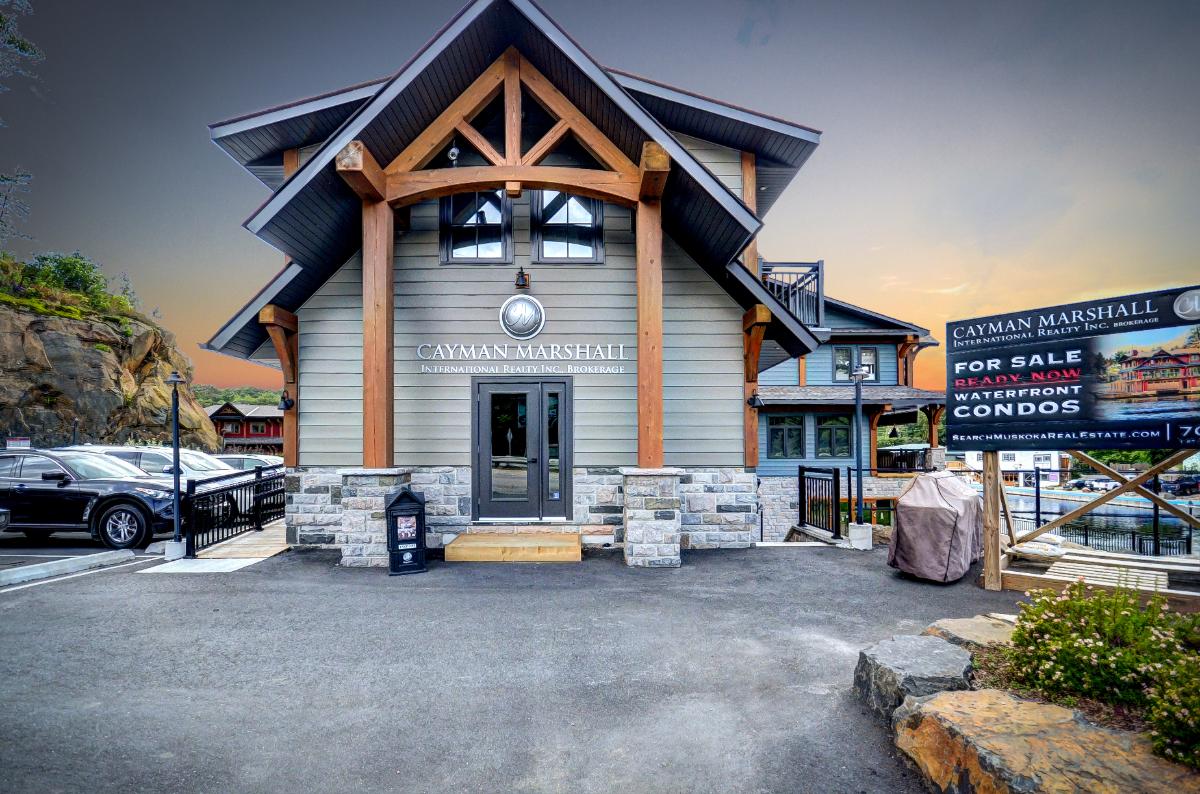 “A lot of people have a really bad taste from realtors,” says Adair, circling back to the mission statement of creating a brokerage for people fed up with brokerages. “When they list your property, they’ll go there, take some pictures on their smartphone, put your property on MLS, sit back and wait. There’s an old-school mentality of ‘List something to last.’” In other words, the typical real estate agent waits for the phone to ring.

“We get approached by people who have experience, but I’m not interested in them. I won’t hire anyone who has previous experience in real estate.” Still, he’s had no trouble recruiting employees. “Some walked in the front door and said, ‘I really respect what you’re doing. How can I be a part of it?’ Most of them didn’t have a license.”

In the 1992 film Glengarry Glen Ross, starring Alan Arkin, Alec Baldwin, Jack Lemmon and Al Pacino as realtors, the plot turns on a contest. The top seller will win a Cadillac El Dorado, second prize is a set of steak knives and third prize is a Trumpian “You’re fired!” While the film exaggerated the cutthroat atmosphere of a traditional real estate office, it sets up Cayman Marshall as the workplace polar opposite.

“No one who sells here has to pay for promotion, advertising or lead generation. That’s all provided for,” says Adair. “We generate up to a hundred quality leads a week. Not a day goes by that a team member doesn’t get a lead. As an agent, you know where you’re getting your business from, every single day you come here. I don’t think any other brokerage can make that claim.”

As the gatekeeper, he matches a lead with his most suitable agent. “I’m the quarterback. When a lead comes in, some of my staff is better in certain geographic areas, some with certain personality types, such as elderly or youth. Some are better with long-term, incubated buyers who need a year to shop around.”

For all his data mining to keep in touch with client prospects, he still believes in intuition and gut feelings to seal the deal. “Selling expensive properties isn’t about being a good salesperson, it’s about being a good problem-solver. The client likes the property, but it’s missing the right boathouse. They like it, but the landscaping’s bad. Or, ‘Find me this, but on a different part of the lake.’ You can’t ever push somebody into a property they don’t like, is my point. There has to be an emotional connection. They have to think, ‘This feels right.’”

Another unusual aspect is the annual distribution of bonuses. The pool is based on the agency’s gross sales. How that pie gets sliced is determined by peer-ranking. “It’s not just how well they play in the sandbox,” he said. “At the end of the year, they evaluate each other based on how respectful they are within the team, how willingly they share information and listings. We set up five criteria. Their percentage of the bonus is based on how they score one another.

“I’ve never heard of this capitalist-socialist model anywhere else. They’re evaluating themselves on how kind they are to each other, but they’re also competing against each other. I’m trying to create balance. ‘I want you all to do well, but I also want you to look after each other.’”

As Adair began observing that many listings on choice waterfront sites were difficult to sell because the existing structures were aging, ramshackle teardowns, he saw a new market niche: a desire for high-end contemporary speculative housing. Surprisingly, he didn’t see the need for the cachet of a “name” architect or interior designer in the new venture. “I see a lot of plans every day. I always get advice from architects and designers that I respect. But I’m confident that I know what people want.”

If that sounds like the hubris of a tragic hero tempting fate, his pride was justified: He’s sold 12 of the spec houses so far. They’ve gotten progressively larger and more costly, ranging up to $15 million. While expensive, taking a year or two to sell after completion, these sales account for 10 per cent of Cayman Marshall’s total revenues, a figure that he expects to maintain in coming years. “I always put the builders that I work with first. I give them first crack at every opportunity. I don’t want to lose them so as long as they keep building and investing.”

When it comes to the realtor’s mantra of location, location, location, the desiderata are proximity to “amenities, topography, construction cost—some lots require a million dollars for blasting [their hard Canadian Shield granite], which becomes a math issue—and, of course the view and sun exposure.” This is Muskoka, after all.

Should Growth Pay for Growth?