Flying an industrial drone may be as easy as playing a video game, but doing so legally is more complex with new federal regulations.

That buzzing you hear and the flashing you see overhead at your construction site is not a bird, not a plane…it’s quite likely to be an industrial drone. Drone technology is “the” super new cool toy at construction sites all over the country. These camera-equipped industrial drones are being used for every imaginable task in and around construction sites, from the more obvious uses such as surveying (one estimate sees aerial drone surveying as seven times faster than the same task done by survey technicians on the ground); security surveillance; real-time process monitoring in high-risk sites (like the top of a wind turbine); staff time and attendance monitoring (when coupled with facial recognition software); to the silly (everybody’s favourite story about the foreman who had a coffee “droned-in”).

Drone users should be aware that Transport Canada has issued new modern federal rules governing their use. These new rules came into effect on June 1, 2019 and ushers in a new era in drone use that coincides with the explosion of drone technology that is coming onto the market for construction and development applications. The new rules create a new category of user called an “Advanced” user who will need to be trained and licensed to operate a commercial drone (anything between 250g and 25kg in weight: above that weight, they are considered aircraft. To give perspective, the best-selling consumer “toy” drone sold on Amazon weighs in at about 100g). Certified Advanced users, referred to as “pilots” in the regulations, will be entitled to operate a line-of-sight commercial drone pretty much anywhere, except within five metres of (or anywhere above) people or too close to airports and heliports. In addition to being operated only by licensed pilots, all commercial drones now need to be registered and display call signs (like planes) and be manufactured to specified industry standards.

Recreational big drone users do not need to meet such stringent requirements to get started but are then subject to very strict rules on where, when and how they can fly their drones. These rules have been in place since 2017. For instance, recreational drone hobbyists cannot take their drones higher than 90 metres above the ground, or for more than 500 metres from the operator, and cannot fly their drones within 75 metres of any buildings, vehicles, vessels, animals, people or crowds or at all at night or within 9.5 kilometres of any airport or heliport (the drone that videotaped the recent Raptors celebration shooting violated pretty much every single one of these rules). If you think about it, these rules pretty much limit recreational big drone use to fairly remote rural areas (note that these are recreational big drones, starting at 250g: the toy you bought for your 10-year old nephew to use in the backyard doesn’t count). In May of this year, the first recreational user in Canada was convicted under these rules for operating a recreational big drone too close to Calgary International Airport.

But the feds are not the only players in this regulatory space. Big drone uses, commercial or recreational, still face municipal authorities, and local councils are all jumping on the bandwagon by imposing even more regulations on where and when big drones can be used. For instance, Calgary’s 2019 amendments to its parks bylaws expressly forbids drone use (whether commercial or recreational, even if it otherwise complies with federal regulations) in certain parts of certain municipal parks, with other parks being designated as wide-open “off-leash” drone parks.

Provincial law also applies but not so much from a regulatory aspect (other than provincial restrictions on big drones in and around provincial parks and government facilities). Instead, provincial law governs through the civil law of trespass and nuisance. Builders and developers will be very well acquainted with this law dealing with airspace in their dealings with crane swings. The airspace through which you pass may very well belong to your neighbour, in which case, crane swings are trespasses subject to an injunction. Alternatively, you might be high enough above the ground so that the crane swing is, at worst, a nuisance, making you liable to pay for such nuisance. Where that altitude is remains a bit flexible and subject to the circumstances, but the point is, the same law that governs crane swings applies to your big drones. Even if you meticulously comply with the federal rules on licensing and on where and when you can fly, you may be doing so over private property and therefore be subject to civil trespass and nuisance rules, analogous to the scenario where you are swinging your crane through similar airspace.

Finally, as if this wasn’t getting complicated enough, there are still general Criminal Code rules about the dangerous operation of aircraft and endangering the safety of other aircraft which will indeed capture reckless drone use. Similarly, there are privacy rules in place which, while not drone-specific, will govern the use of some of the imagery that may be captured by camera-equipped surveillance drones.

For those of you constantly bothered by a neighbour’s or competitor’s drone, there isn’t a lot you can legally do other than report the non-compliance and wait for the government to enforce the rules. Although there are many U.S. websites that promote the sport and legality of shooting down drowns on private property (the so-called “Texas Trap Shooting”!), that is not the law in Canada (even if the drones are trespassing or appear to be violating federal drone rules), nor can you legally use jammer technology to attempt to jam the signal. Love ‘em or hate ‘em, big drones are here to stay, and users had better get used to the complex regulatory regimes that comes with these big boy toys. 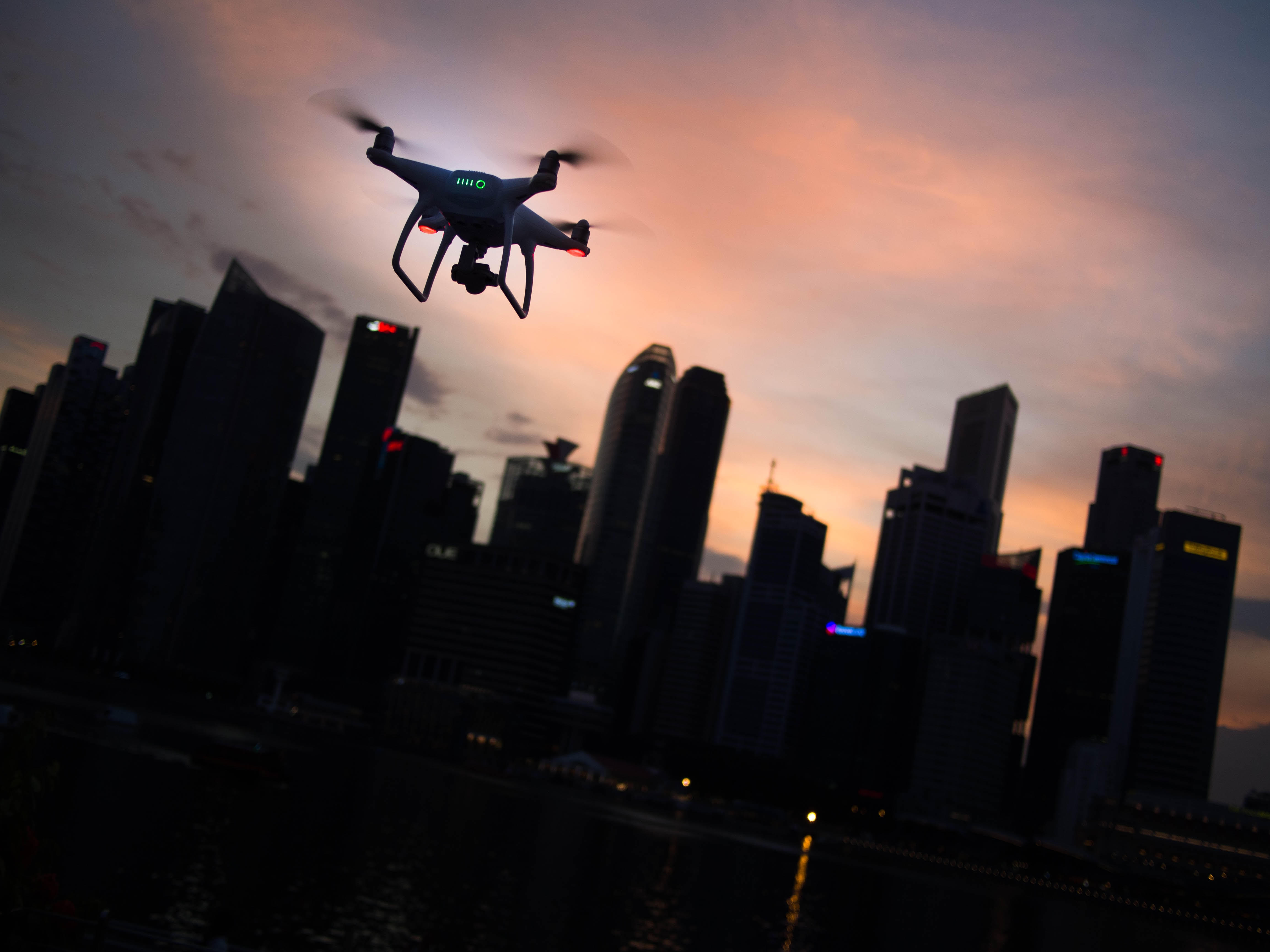 Megan J. Lem practices corporate securities law at Kirkland & Ellis LLP and is called to the bar in New York and Ontario.

Jeffrey W. Lem is the Director of Titles for the Province of Ontario.

The views expressed in this article are those of the authors alone and do not necessarily reflect the views of Kirkland & Ellis LLP or the Province of Ontario.

Out of the living room, into the boiler room