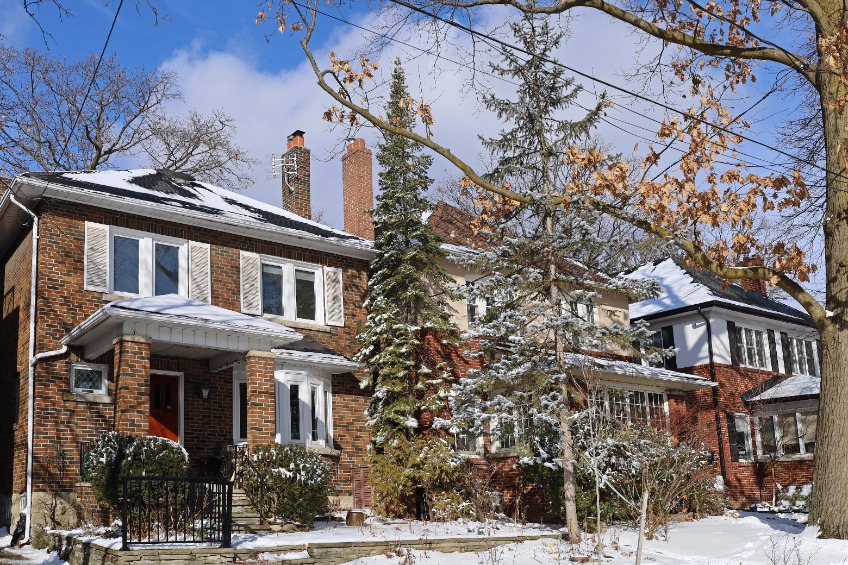 As usual, everything starts with the Greeks.

The philosopher Hippodamus (498-408 BC), sometimes called “the father of city planning”, is

credited with designing the port of Athens. His concept lives on today, known as the Hippodamian Plan.

Bill 23 the “More Homes Built Faster Act”, tabled by Ontario Minister of Municipal Affairs and Housing Steve Clark on October 25th, would cause Hippodamus to turn over in his grave because clearly Clark doesn’t regard the cumulative lessons learned over thousands of years of urban planning as important for communities across Ontario.

Clark justified the Bill saying: “We are in the middle of a housing supply crisis; a crisis that’s rooted in a clear problem…there simply is (sic) not enough homes being built in Ontario today.” According to Clark, “The solution is equally clear…that we will, we need (sic) more homes built faster.”

There is, however, more involved. Construction creates more tangible GDP than any other industry in Canada. A mighty contributor to Canada’s deliverables and salaries, it also generates HST, income tax, and other add-ons. One study reported that, within the 905 area, government charges add 13 per cent to the price of everything – but for a new condo, those total charges average 31 per cent.

Unsurprisingly, this cash cow has long been a darling of technocrats, which helps explain current record-high immigration quotas. Well-heeled immigrants purchase housing, not to mention furniture, appliances, and other items. Accordingly, Ottawa nearly doubled the rate of immigration since 2015 bringing in more than 2.2 million by 2021, and announcing plans to reach 500,000 annually by 2025.

But there is a limit to what the resources and skilled workers of even this country’s largest industry can do. When demand exceeds supply, the outcome is predictable. Sooner or later a breaking point was inevitable.

On that score, Bill 23 says not a word. Instead, the casualty of Bill 23 is municipal planning.

The legislation tabled by Clark is a debacle of monumental proportions with very serious negative impacts for Ontarians.

The Act is composed of ten (10) schedules, which amend a gaggle of statutes.

The most collateral damage is to the authority of elected municipal councils, urban character and design, heritage, the environment, and NGO’s.

The first big losers are elected municipal councils. On urban planning, they are largely pushed aside, in favour of Minister Clark. The proposed amendments to the Municipal Act open with a clear statement of Draconian intent: “The Schedule amends section 99.1 of the Municipal Act, 2001 to give the Minister the authority to make regulations imposing limits and conditions on the powers of a local municipality to prohibit and regulate the demolition and conversion of residential rental properties under that section.”

Bill 23 adds a plethora of other power shifts starting with increased Ministerial powers to rewrite a municipality’s Council-approved Official Plan, and restrictions on identification of heritage properties. For good measure, the municipal Site Plan process is now officially prohibited from considering architecture and landscaping. In short, elected councillors and municipal planning authorities no longer have a say in creating their own communities – that objective becomes the Minister’s own toy boat.

It was no accident that this rollback of council authority was announced October 25 – the day after Ontario’s municipal elections – and before councils could be sworn in (November 14). The strategic timing meant there were no councils in office who could protest.

On the ground, the most dramatic change by far is the blanket province-wide re-zoning of single-family zones to triplex. Further, if this doesn’t worry homeowners there’s a greater threat – on every single-family lot in Ontario there will now be irrevocable permission to erect a second house.

It will be fascinating to watch how that goes down in Rosedale.

Single-family communities, where many parents typically choose to raise their children, would become a fondly-remembered vision in Ontario’s rear-view mirror as Clark spreads the blight of uncontrolled urban intensification throughout the province with no planning or municipal input. Local communities would have no say in shaping their neighbourhoods. The province of Ontario would do that driven by the political priorities of the day such as accommodating federal immigration targets.

Homeowners’ investments also become collateral damage. Bill 23 would render the cardinal rule of real estate (“location, location, and location”) obsolete. If single-family locations simply cease to exist, every homeowner who sank their life savings into “a nice single-family neighbourhood” is thrown under the Clark bus.

It would be impossible to exaggerate the havoc that this single provision of the Act could wreak upon the real estate industry across Ontario.

Yet another casualty is NGO’s. Ever since the Planning Act was introduced generations ago, any ratepayer had a statutory right to appeal zoning-type decisions – to what is now called the Ontario Land Tribunal (OLT). That included community associations and neighbours.

That too would be terminated. Henceforth, no citizens would have access to this appeal system – except, of course, developers.

Further, appeals already in progress — having gone through the preliminaries, hiring and paying counsel and an expert planner who is ready to testify that a project does not conform to planning rules – would be automatically dismissed unless OLT has issued a hearing date before the Act is legislated.

All this and we haven’t even broached Bill 23’s rollback of environmental protection, starting with conservation authorities.

The assumption, apparently, is that if planning is thrown under the bus then developers will have free rein to meet Ford’s housing targets.

That argument is made by some developers but not all. There are others for whom a “good reliable location” is integral to their marketing plan. They too have been ignored, along with the real estate community. For a century the cardinal “location, location and location” rule has been used to value property. Apparently, none of that matters anymore. At least not to the Ford government.

Granted, some other governments have gone this route. Some people claim that places like the People’s Republic of China build cities overnight; but is that really the urban model that Ontario wants?

The report, “Liveable Cities: The Benefits of Urban Environmental Planning, published by the Cities Alliance, United Nations Environment Programme (UNEP), and ICLEI – Local Governments for Sustainability” found that, “Cities today have to be competitive. They operate in a global marketplace, competing with other cities and urban settlements around the world for investment. A city cannot compete, however, if it cannot offer investors security, infrastructure and efficiency. Hardly any city can offer these elements without incorporating environmental issues into its planning and management strategies. According to the report, a 2006 survey of professionals working in Hong Kong revealed that “almost four out of five professionals were thinking of leaving or knew others who have already left because of the quality of the natural environment, while 94 percent ranked it as the top factor in selecting a place to live.”

Perhaps Clark should read the report.

There are no dots connecting poor urban planning and successful communities.

As Hippodamus knew 2,500 years ago, poor planning is a problem…not a solution.

Ken Grafton is a writer living by the river in Aylmer, Quebec, just downwind from Parliament Hill. He is a freelance contributor for The Hamilton Spectator and The Chicago Tribune. His writing has appeared in many local, national and international newspapers and publications.

Marc Denhez is a bilingual author, lawyer, and adjudicator with 30 years’ experience in the law of built, natural and intangible heritage. He received Canada’s National Heritage Award and is co-recipient of an Award of Excellence from the Canadian Institute of Planners.