Not Your Parents’ City

The next four decades will be crucial as city builders must adapt to a radically changing urban world.

The climate emergency is bearing down, hard, on the world’s cities. But cities are also facing three other dramatic waves of change, all three positioned to crest sometime around 2060. First, during these four decades the people of the world will complete a massive rural-to-urban migration. By 2060 more than 80 per cent of humanity will be crowded into a tiny fraction of the earth’s surface, in cities. Adding complexity, these new inhabitants will arrive from all corners of the globe, as the rural-to-urban migration wave does not respect national borders. Urban designers must learn how cities can best accommodate this culturally complex human tsunami.

Second, given declining fertility rates (and assuming they are not interrupted by dramatic reversals), within four decades most cities, possibly excepting those in Sub-Saharan Africa, will stop growing, potentially forever. This factor reminds us that the city we build during these challenging decades must also be suitable for the decades, indeed the centuries, which follow. Thus, city builders who have the honour of working on this problem during these four decades will participate in an unprecedented historical transformation and will leave a very long-lasting legacy.

But there is a third thing to consider. Unless we see a major political upheaval (and that is of course possible, if not probable) we must, during this same four-decade span, somehow build cities to accommodate a middle class that shrinks and possibly even becomes unrecognizable in the form we have come to know. If wealth distribution trends continue on their current trajectory, very soon we will have to reacquaint ourselves with an economic condition that used to be the norm but that we had thought long gone, a world in which there are the rich and then everyone else. Much like the trend lines for urban migration, climate change, and global birth rates, the evidence of this trend is stunningly clear. Consider that all of us in advanced, developed societies have, to one extent or another, participated in the creation of an unprecedented city form: the city of the middle class. Urban sprawl is the most obvious manifestation of the flow of financial resources toward the wage-earning class, a short-lived phenomenon confined largely to the period between 1950 and 1980. The result? The suburbanization of North America and a world moved by car. The neighbourhoods many of us grew up in, neighbourhoods of the Baby Boom period, are already neighbourhoods where the elderly are sequestered, while their children and grandchildren struggle to find affordable homes in distant and expensive global city centers. 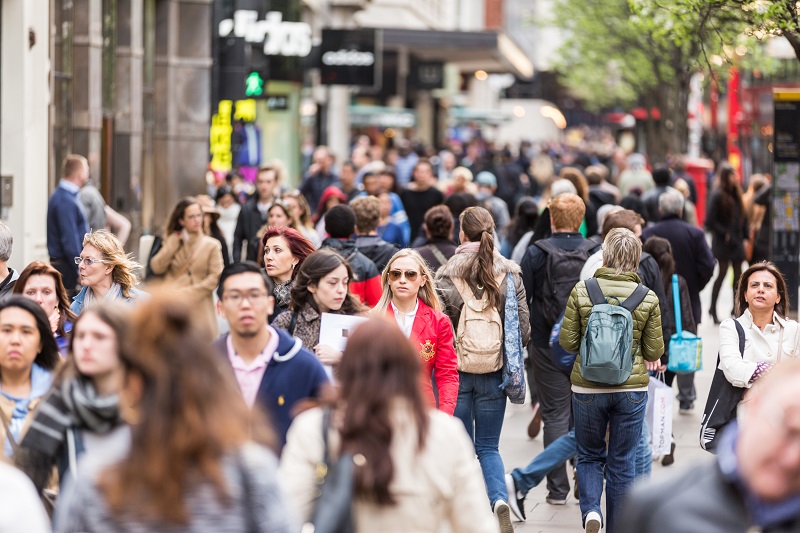 These dramatic transformations are well underway. How then should city builders prepare? First, the city is a subtle system and its behaviour is more organic than mechanical. Builders should adjust to the subtle interactions between human intentions, economic constraints, and material possibilities by adopting a deeply systems-based approach to their work.

Second, built interventions occur within pre-established city patterns and adjusting to the three transformative waves requires first an understanding of these urban pattern (such as street, block and parcel configurations) and then an ability to capitalize on the inherent possibilities intrinsic to this pattern.

Third, we must change how we think about urban infrastructure in order to bring it into conformance with our dual obligation to heal the planet and adapt to our increasingly constrained capital financing regimens. We must choose an infrastructure response that is lighter, greener, smarter and cheaper than conventions adopted during previous times that were more financially generous and less ecologically aware.

Fourth, industrial jobs and the job security they once provided are largely a thing of the past. Almost all new jobs are in the service sector and an alarming number are insecure “gig-economy” jobs. Our radically separated land uses, appropriate for the industrial era, are no longer necessary nor advisable. Spaces need to be available that can be adapted to inconceivable future uses, all in close association with other urban functions.

Fifth, given the new constraints on our wage-earning classes the disposition of our urban landscapes must be fundamentally reconsidered. How? By adapting overgenerous urban and suburban landscapes in conformance with new more constrained family finances and by using all policy levers available to equitably distribute urban lands to those who most need it.

Let us elaborate on just one solution to give you a sense of both the challenges and the possibilities. Building codes can either enhance or inhibit urban resilience. Most formal cities in the developed world have building departments dedicated to ensuring that all buildings live up to certain construction codes, usually authored to protect either occupant safety or building durability. These codes can be, and most often are, reasonable for new construction.

The problem occurs when building codes designed for new construction are used to regulate building renovations. In most jurisdictions, building owners are required to bring the entire building up to code whenever a stipulated level of reinvestment (usually low) is reached or if an owner wants to change the use of a building from single-family to multifamily, for example. The burden of these costs, which can be substantial, often makes renovation, addition, or reconstruction financially impractical.

Various “smart codes” have been promulgated by scattered jurisdictions over the past 20 years to mitigate this problem. The New Jersey Rehabilitation Subcode is a good example. Because New Jersey has more old buildings than any other U.S. state, and because the cost of bringing them up to code was causing widespread building neglect, the Garden State had to act. The result was a more reasonable code specifically designed for rehabilitation and guided by the philosophy that some rehabilitation is better than no rehabilitation. The Subcode has now replaced the normal building code for building rehabilitation. This represents an advance, one that other jurisdictions should take up and that urban designers concerned about resiliency should actively lobby for.

A second crucial housing issue concerns the global inflation in the price of urban land, rendering it impossible for developers to provide affordable housing. Real estate, and by real estate we really mean land, is no longer priced for its utility value but increasingly for its value as an investment asset. Globalization has dramatically increased the speed and amount of capital flow around the world. Consequently, all assets now go up and down in lockstep, from Shanghai to Moscow to London to New York. This is most noticeable in the stock market, where a drop in Hong Kong is mirrored hours later in New York. Less noticeable is how global real estate prices also move in unison. Housing prices, which until recently rose and fell with an urban region’s average family income, now go up and down in response to the health of the global economy and the appetites of investors for real estate assets. And the appetite of investors for real estate is growing fast.

In such a context, wage earners are hard hit, particularly wage earners in a metropolitan area where job numbers are increasing but wages are not. The method that has been used to address this problem in some cities, notably Vancouver, is to allow substantially more dwelling units on a single parcel. Vancouver now allows four dwelling units on most of its lands formerly zoned single family.

The negative side effect of this new allowance is to accelerate land price inflation, which is sold not by the square foot of dirt but by the “buildable” square foot on the parcel allowed by the city. This is a Gordian knot blocking the best efforts to enhance affordability. The best strategy to counteract this tendency is to tax development land at a rate that reduces “residual land value” and puts money towards the creation if non-market housing in the hands of the city, preventing city actions from enriching only land speculators and granting the public benefit of city land use actions to the citizens who need it.

These are transformative waves approaching the building industries, and it is through accepting a progressive way of thinking that city builders can adapt to these dramatic changes for the benefit of our citizens and the planet they depend on. 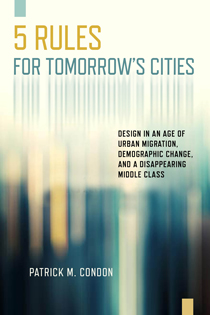 Patrick M. Condon is a professor at the University of British Columbia and the James Taylor Chair in Landscape and Liveable Environments.

The preceding is an adapted excerpt from his book Five Rules for Tomorrow’s Cities: Design in an Age of Urban Migration, Demographic Change, and a Disappearing Middle Class © 2019. Reproduced by permission of Island Press, Washington, D.C.

With Offices, The Flex is On

Winter city design: 3 ways to save our small businesses this COVID-19 winter