As governments attempt to support small businesses affected by the COVID-19 pandemic, Ontario has joined other provinces in introducing a moratorium on evictions of small business commercial tenants. Passed on June 18, 2020, the Protecting Small Business Act, 2020 temporarily prohibits landlords who are eligible to receive assistance under the Canada Emergency Commercial Rent Assistance Program (CECRA) for small businesses from taking certain actions against affected tenants, including evictions and the exercise of distress for arrears of rent. The legislation is retroactive to May 1, 2020. 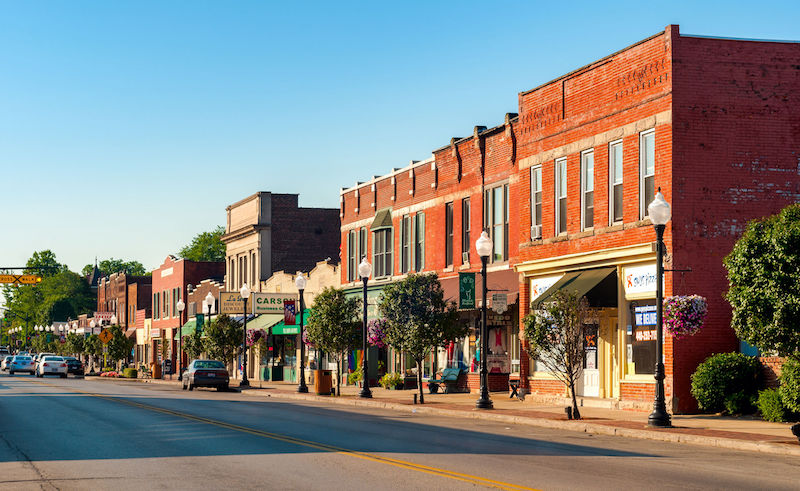 Below is a summary of the Ontario legislation and its implications for landlords and small businesses, as well as comparable current and proposed legislation or other government measures in other provinces.

The Protecting Small Business Act, 2020 amends the Commercial Tenancies Act. The legislation is effective from June 18, 2020 to September 1, 2020, or earlier as may be decided by the province (the non-enforcement period).

During the non-enforcement period, affected landlords cannot exercise a right of re-entry or seize a tenant’s goods or chattels as a distress for arrears of rent. Under the legislation, courts are also prohibited from ordering a writ of possession where such writ has been sought by a landlord owing to rental arrears. These restrictions are not limited to rental arrears that may have accrued as a result of the effects of the COVID-19 pandemic.

If a landlord is approved to receive assistance under CECRA, the foregoing prohibitions do not apply if the relevant action or right is exercised after the landlord was approved to receive the assistance. Therefore, a tenant that receives the benefit of rent reduction under CECRA will not be protected from eviction if it subsequently defaults in the payment of its reduced rent. Furthermore, the legislation does not prevent landlords from exercising other remedies available as a result of the tenant’s default under the lease (including in respect of non-payment of rent).

An Act to restart Québec’s economy and to mitigate the consequences of the public health emergency declared on 13 March 2020 because of the COVID-19 pandemic (Bill 61) was introduced in the Québec National Assembly on June 3, 2020 (see our earlier publication Bill 61: Restarting Québec’s Economy). Additional measures relating to the protection of commercial tenants were added on June 4, 2020. On June 12, before Bill 61 was adopted, the Québec National Assembly was adjourned until September 15.

In its current form, Bill 61 provides for a suspension – during the period beginning on the date on which the bill was enacted and ending on August 1, 2020 (or any other date specified by the government) – of the rights of landlords to terminate commercial leases, seize goods contained therein or register prior notices of the exercise of hypothecary (mortgage) rights in the event of non-payment of rent due after March 13, 2020. This suspension of landlord rights would apply notwithstanding any provision of the lease between the landlord and the tenant. Residential leases are exempt from this measure.

Until Bill 61 is passed, whether in its current form or in a new version that would provide for comparable relief for tenants, Québec landlords are not subject to the restrictions outlined in Bill 61.

British Columbia issued Ministerial Order No. M179, Commercial Tenancy (COVID) Order, on May 29, 2020, under the province’s Emergency Program Act. The order remains in effect until the earlier of (i) the end of the province’s state of emergency (currently scheduled for July 7, 2020), and (ii) the day after the last date for which CECRA provides assistance.

The order applies to tenancies where the landlord is ineligible for CECRA solely because the landlord has elected not to enter into the required rent-reduction agreement with the affected tenant that includes a moratorium on eviction. In contrast to the Ontario legislation discussed above, the order also expressly applies to sublandlords and subtenants. Leases in which the landlord is, or the leased property is held in trust for the benefit of, a specified Indigenous Band or First Nation, are exempted from the order.

As in Ontario, during the specified period, affected landlords in British Columbia cannot, as a result of a tenant’s failure to pay rent, exercise a right of re-entry, give the tenant notice of re-entry or notice of termination of lease, distrain the tenant’s property for rent due or move to rent out the tenant’s leased property on the tenant’s behalf. The order does not otherwise restrict the exercise of other remedies available to a landlord for the non-payment of rent or other default by the tenant under its lease.

Saskatchewan imposed a temporary moratorium on commercial tenant evictions on June 4, 2020, by way of emergency order under the province’s Emergency Planning Act. The order became effective on June 4, 2020, and ends on the earlier of (i) the end of the province’s state of emergency (currently scheduled for June 24, 2020), and (ii) the day after the last date for which CECRA provides assistance.

The order mirrors much of the British Columbia legislation, both in its application and in the restrictions placed on the ability of affected landlords to exercise remedies against their tenants for non-payment of rent.

In Alberta, the proposed Commercial Tenancies Protection Act passed second reading June 23, 2020. If enacted, the legislation will apply retroactively to March 17, 2020, and will remain in force until the end of the province’s state of emergency. Although the proposed legislation is intended to apply to lease agreements in effect as of March 17, 2020, it will not require the reversal of an eviction or other termination of a lease if such eviction or termination occurred prior to the date of first reading of the bill (i.e., June 16, 2020).

Alberta has announced that the proposed legislation will apply to two categories of tenants: (i) commercial tenants that would be eligible for CECRA but for the fact that their landlords have chosen not to participate (which is comparable to the approach taken in Ontario, British Columbia and Saskatchewan); and (ii) commercial tenants that have had to close their businesses due to public health orders or whose business revenue has declined by 25% or more as a result of the pandemic.

The proposed legislation would prohibit landlords from evicting these tenants, distraining for rent or otherwise exercising remedies under, or terminating, the relevant lease as a result of (i) non-payment of rent or rent arrears due to circumstances beyond the tenant’s control; (ii) an invoked force majeure provision or frustration of contract; or (iii) breach of a continuous occupancy clause, in each case where such event is caused by the COVID-19 pandemic. This requirement that the relevant event be caused by the COVID-19 pandemic is in contrast to the other provinces discussed above. The proposed legislation would also prohibit landlords from increasing rent or charging fees for late payment or non-payment of rent during the relevant period and would require landlords that have done so during such period to refund or credit the amount of increased rent or fee charged to their tenants.

Tenants unable to pay rent due to the COVID-19 pandemic will be required to enter into payment plans with their landlords, provided, however, that if a tenant fails to adhere to the payment plan after the end of the province’s state of emergency, the landlord would be entitled to avail itself of all remedies under the applicable lease.

Notably, the proposed legislation expressly provides that it does not limit the right of a landlord to evict a tenant or otherwise terminate a lease for specified substantial breaches.

The full extent of the application of the proposed legislation remains to be seen, including whether it will apply to reinstate tenancies that have been terminated during the relevant period.

Nova Scotia: Direction of the Minister Under a Declared State of Emergency 20-001

Nova Scotia declared a moratorium on commercial tenant evictions through Ministerial Direction on March 27, 2020. The direction is effective from March 31, 2020, and will remain in place until the end of the province’s state of emergency (currently June 28, 2020), or earlier as decided by the province.

In contrast to the measures adopted in other provinces, the Nova Scotia moratorium is not conditional on a landlord’s CECRA eligibility. Rather, the direction applies to the non-payment of rent by retail or commercial tenants that were required to close their businesses, or whose businesses have been “substantially and directly restricted” by a COVID-19 public health order. While the province’s emergency order is in effect, the direction prohibits the landlord of an affected tenant from exercising, in respect of rent due on or after March 22, 2020, a notice to quit or a right of distress available under a commercial lease, commercial agreement, the Tenancy and Distress for Rent Act or otherwise.

Although the government actions described above are intended to offer protection to small business tenants, a number of practical considerations remain for landlords and tenants, including the following:

This article is republished from Davies Ward Phillips & Vineberg. Read the original article.