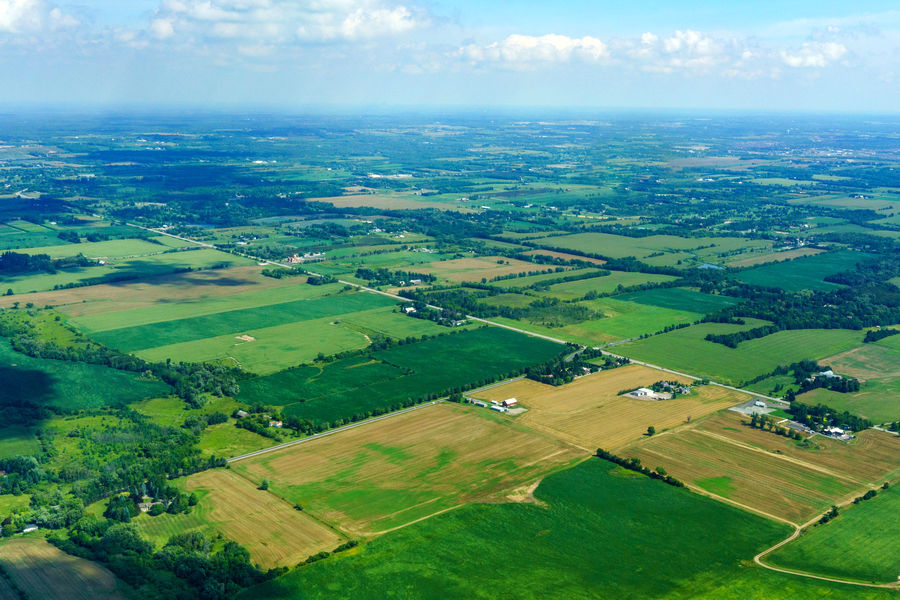 For more than a year, the PC government’s plan to build a sprawling GTA West transportation corridor flew under the radar.

When Doug Ford and his colleagues moved to restart the highway’s environmental assessment (EA) in 2019, reversing the previous Liberal government’s decision to scrap it, few noticed. Subsequent advancements of the project also received little attention, despite sustained opposition by advocacy groups such as Evnironmental Defence.

As 2021 dawned, something started to shift.

While the PCs at Queen’s Park approved the highway’s route in August and then quietly moved to speed up the environmental assessment process to get the project started even faster (perhaps to get shovels in the ground before the next election) opposition to their actions mounted.

First, Halton Region and the Town of Halton Hills took an aggressive stand against the plan late last year. Then early in the new year the NDP came out against the project, confirming they would scrap it if the party wins election in 2022, and the Liberals followed a few weeks later with the same pledge. Pleas from environmental groups and local residents who will be directly impacted by the massive stretch of six-lane highway grew louder.

Early in February, Environmental Defence teamed up with an environmental law-group, Ecojustice, and sent a request to Ottawa. Take over the EA process being rushed through by Queen’s Park, they asked. The request, originally something of a hail mary that relied on a generous interpretation of federal legislation, has already borne fruit.

In a series of unexpected votes, Peel’s lower-tier municipalities finally woke up.

Caledon and Brampton had endorsed the highway’s progress for years, while Mississauga had chosen not to get involved. Suddenly, Mississauga passed a motion actively opposing the highway, while Caledon and Brampton both backed calls for the federal government to take over the environmental assessment process, meaning it could scrap the entire project, if it decides to get involved.

On Tuesday, in another surprise move, the City of Vaughan, where the 400-series highway would run, voted to revoke its support for the project, passing a motion rejecting the plan, instead of simply debating how the assessment should proceed, which was the original plan for the council meeting.

Clearly, politicians have been shocked into action by the mounting anger over the PC government’s decision to unilaterally ram through a project that will have devastating consequences on climate change, GTA watersheds, local ecosystems and the environment in general. The world’s largest protected green space, Ontario’s Greenbelt, would see the giant asphalt corridor run right along its southern edge and, in some places, right through the sensitive natural environment covered by provincial legislation.

Sustaining the GTA’s watershed, which prevents flooding while ensuring clean water and healthy ecosystems is critical to the health of Ontario’s most populous region.

Building a highway across these valuable lands goes against everything the Province has done over the last two decades to protect the environment.

But with the blessing of the development industry, Ford ignored all the past work and the decision in 2018 to scrap the project.

The tone deaf move at a time when the planet faces unparalleled challenges, is finally being reconsidered.

Shaken by the swelling opposition, even the Province has softened its position, with the PCs stating this week in the legislature that the highway might not happen.

Hanging over the process is the potential for the federal government to wrestle control of the EA from Queen’s Park and complete its own assessment. The Liberal government has made climate change a key pillar of its mandate, and a massive 400-series highway would only make it more difficult for Canada to meet its obligations under the Paris Accord.

In 2016, when Prime Minister Justin Trudeau signed the document officially at a United Nations ceremony in New York, he said, “Today, with my signature, I give you our word that Canada’s efforts will not cease. Climate change will test our intelligence, our compassion and our will. But we are equal to that challenge.”

His government now has a clear opportunity to make good on the pledge.

If a federal EA is conducted and concludes the highway’s impact to the environment or Canada’s emissions targets would be too great, it could end the project once and for all.

Under the Impact Assessment Act, the Minister of Environment and Climate Change has 90 days from the initiation of a request to decide whether or not to designate the project and take control. A spokesperson for the federal government confirmed to The Pointer a decision by the Impact Assessment Agency of Canada would be made by May 4

“The agency is currently soliciting the views of the public, Indigenous groups and stakeholders to inform its analysis and prepare a recommendation for the minister,” the spokesperson said. “The agency’s recommendation will also be informed by science, input from the proponent, federal authorities, and other jurisdictions.”

There are several concerns around the planned GTA West Corridor.

There’s no doubt about it. The cost of Highway 413 far exceeds its benefits. Doug Ford needs to cancel highway 413 and focus resources on the public health crisis we’re currently facing. #onpoli 2/2 pic.twitter.com/2e1ZJQzn2q

Environmental groups and members of the public were alarmed when the PCs announced in the summer that the EA would be streamlined to get the project started faster. Critics said a shortened assessment would fall short of the rigorous scientific standards required to safely build highway infrastructure on or around protected lands. The issue of whether “the potential adverse effects can be adequately managed through other existing legislative or regulatory mechanisms” is one of the questions Ottawa will now consider in its deliberations.

The federal government will also consider if the potential greenhouse gas emissions from the project “may hinder the Government of Canada’s ability to meet its commitments with respect to climate change”. This factor, something a new highway would clearly contribute to, suggests Ottawa could be motivated to intervene.

The same legislation applied in the decision on the GTA West Highway is being challenged in Alberta. Court documents submitted by the Government of Alberta call the Impact Assessment Act a “trojan horse” and ask the province’s top court to rule it unconstitutional.

“This overreach of federal jurisdiction threatens to eviscerate provincial authority over resource development and must be rejected by this court,” the Alberta government states in the court documents.

It follows a theme of similar struggles, particularly in Alberta and Ontario, where Conservative governments have found their policies at odds with aggressive national climate change commitments.

Ontario Premier Doug Ford believes large-scale construction projects such as the GTA West Corridor will help reignite the economy when COVID-19 eventually retreats. But the federal Liberals have doubled down on their climate change commitments by significantly increasing the national carbon tax.

The spokesperson explained the decision-making process to determine if Ottawa will take over the EA for the highway.

“The recommendation will consider whether the carrying out of the project may cause adverse effects within federal jurisdiction or adverse direct or incidental effects, and public concerns related to such effects. It will also consider the potential impacts of the project on the rights of Indigenous peoples in Canada.”

The Fording River Extension in British Columbia, formerly known as the Castle Project, serves as an example.

The project was a result of a proposal by Teck Coal Limited to extend the life of its metallurgical coal mine north of Elkford. Between May 12 and July 17, eight separate requests for the Federal government to step in were submitted. They came from different parties, including Indigenous communities and the United States Environmental Protection Agency.

On August 19, 99 days after the initial request, the federal government agreed to take over the project’s assessment.

So far, the Impact Assessment Agency of Canada’s website only lists one request for the GTA West Corridor to be designated as a federal project, linking to the original February letter from EcoJustice on behalf of its client, Environmental Defence. Other requests in the form of council motions have since been sent, including resolutions passed in Brampton, Caledon and Mississauga. More than 50 comments have also been submitted by members of the public.

A final decision will be publicly rendered by May 4. 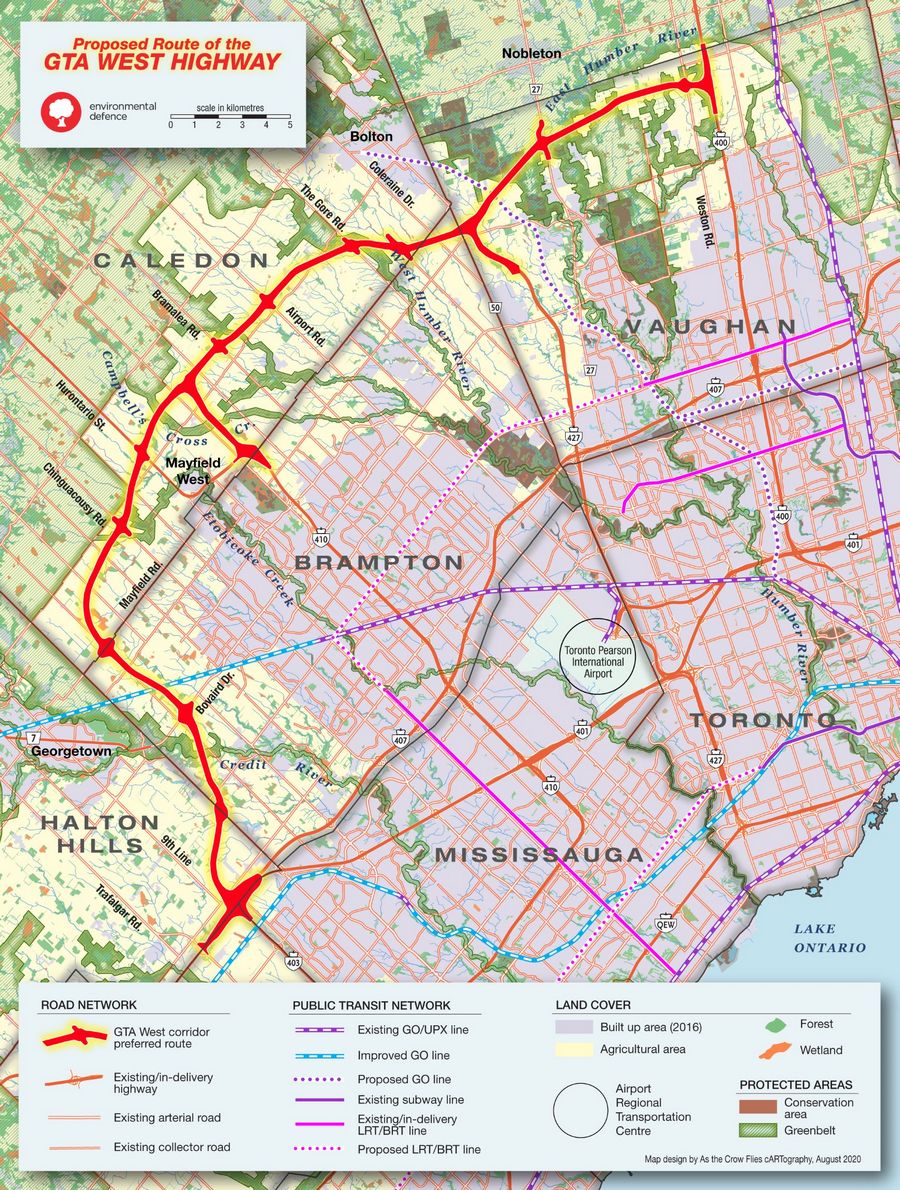 ‘It’s not all about the bottom line, all of the time’: As many struggle to make rent under COVID 19, one landlord is offering its tenants relief

The pandemic highlights the importance of walkable and wheelable neighbourhoods

Federal election: Which party has the best climate plan? Here’s where they stand