An obscure British case paves the way for the adoption of automated facial recognition worldwide.

This column in Building has, for almost three decades now, chronicled new cases and legislative developments affecting the real estate, development, construction and municipal industries. In that vast time, we’ve covered a wide range of legal developments — construction; mortgage financing; zoning by-laws; building codes; leasing; property management; liens; and so on — with most of these topics coming as no surprise to our readers. That said, every now and then, we come across a legal development that might have huge implications for our businesses yet goes totally unnoticed by the entire industry.  We saw such a legal development recently in the Queen v. Edward Bridges case.

In this case, the court had to decide whether the local police force could use automated facial recognition software to capture and analyze the faces in crowds to identify potential criminal threats. This was more than just the taking of surveillance video: it included the application of modern facial recognition artificial intelligence algorithms, a relatively new technology that operates in real time and with outstanding accuracy on a population that is in full motion and wearing varying degrees of obscurity.

The case itself was set in Cardiff, U.K., where the local constabulary had been using this facial recognition technology by parking camera-laden vans, duly marked as police vans, at public venues likely to attract hooliganism (football games, rugby matches, concerts, etc.). The Welsh police have used this technology at over 50 large events since January 2018, having scanned and analyzed, in real time, an estimated half a million faces!

Ed Bridges, a local resident, was one such face at one such events. Now, as it turns out with a lot of these civil liberties cases, nothing happened to him — he wasn’t falsely accused or arrested or even questioned by police — he was simply upset that his biometric facial data was analyzed by police software without his consent. He sued to stop the South Wales police from using this “unjustified and oppressive” new surveillance technology to breach his human rights.

Why such a case is relevant, let alone ground-breaking, to our industries might not be immediately apparent to Building readers. However, imagine the impact that real-time, ultra-accurate facial recognition of individuals within large moving crowds can have on technical solutions for crowd control, facilities management, building security, access control (both in and out), retail opportunities, and so on. The possibilities are endless if all it takes is a few well-positioned cameras and the right algorithms to have full control of all human interaction with physical facilities within a given space. This is more than mere CCTV surveillance footage (which at best provides an after-the-fact record of who went where when). This is real time recognition technology, which can be adapted to all sorts of controls and other mechanical elements.

Ben Su, a development officer with AIH Technology Inc., a Toronto-based company that specializes exclusively in facial recognition technology as a service, notes that this is not your parents’ facial recognition technology. Automated facial recognition has, through artificial intelligence machine learning, advanced to almost science-fiction like accuracy, speed and affordability. According to Su, the better algorithms can now identify faces, partially obscured by sunglasses, baseball caps, scarves (and, nowadays, surgical masks!) from within a sea of moving faces, almost instantaneously and with shockingly near-perfect accuracy.

Furthermore, while the facial recognition technology tested in the Ed Bridges cases was in a policing context (identifying potential hooligans, terrorists and other “bad guys” in large crowds), the technology has an unlimited number of non-policing applications. Retail comes to mind immediately, with probably every large mall already poised to deploy the technology to enhance the shopping experience. AIH already deploys its technology in long-term care facilities where residents are prone to wander, but the same technology would also work in schools and child day-care facilities that face the additional risk of intruders. Even in the most mundane of processes, such as controlled building access (which currently uses notoriously unsecure keypads or pass-card/fob technologies) can be revolutionized overnight with automated facial recognition technology.

Now, some lawyers might note that the issue is not yet entirely settled, even in the U.K., since Ed Bridges has now appealed to the U.K. Court of Appeal. That is true, but if these authors were to hazard a guess, the judgement of the Divisional Court was so comprehensive and robust that a successful overturn on appeal is unlikely. Other legal pundits might also suggest that the Ed Bridges case has very little relevance to us since the privacy laws of England are quite different than those on this side of the Atlantic, and because the legalization of the police use of such technology does not necessarily translate to private sector use of the same technology. Again, we disagree. While it is trite to suggest that English privacy laws are different than those in Canada, the European (including the English) privacy laws are actually stricter than those here. If automated facial recognition can be legal there, well, frankly, it can legal anywhere! Furthermore, while the Ed Bridges case did involve public sector protagonists, the privacy issues are largely the same whether the technology is deployed by public sector authorities or by private sector owners and managers.

The phrase “paradigm shift” is over-used and tired, and we are loathe to adopt it, but this new automated facial recognition may be just that, a real “paradigm shift” in the way property and people are managed in the 21st century. Furthermore, Ed Bridges’s attempt to quash the use of this technology in its infancy might just have done the opposite and opened the technology up to even broader applications worldwide. 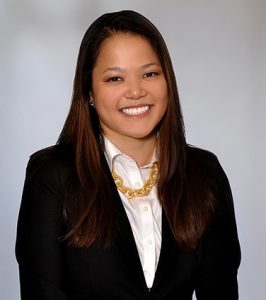 Megan J. Lem is a corporate lawyer in the New York office of Kirkland & Ellis LLP. This article reflects the personal views of the authors alone.