Surveys are conducted annually that ask Canadians what type of housing they prefer. Inevitably, the results are the same: single-detached housing is king. However, these surveys rarely include any caveats about price, location, size, commuting time or other major factors that every Canadian takes into consideration when looking to buy a home. Other surveys show Canadians want to live in walkable communities with quick access to shops, amenities and transit. Apparently, respondents want everything, but there are only so many communities that offer both large single-family homes and quick access to urban amenities. Secondly, there is very little room to add low-density new homes to these areas either.

Having spent my entire real estate research career in Toronto and Dallas, I was shocked to see the number of low-rise condominium apartment projects in greenfield developments in Calgary, and high-rise rental apartments in master-planned suburban communities in Halifax. In the Greater Toronto Area (GTA), high-density housing is encouraged in the “growth centres” and very few developers create outer-suburban communities with a wide range of housing types and tenures. But perhaps it’s time for that to change?

One of the problems with adding more high-density housing types in these suburban communities in the GTA is many mayors, councillors, and residents in these areas are anti-growth, and actively fight all new development, even single-family infill projects that they often refer to as “McMansions” or “Monster Houses.” This type of NIMBYism isn’t just a Toronto problem, as Winnipeg’s property committee is looking to eliminate infill housing that is too skinny, too tall or too long. So you have environmentalists and urbanists yelling “no more sprawl” on one side, and long-time resident NIMBYs and their political co-conspirators yelling “no more tall condos or out-of-character infill” on the other side. The constant opposition to new housing (even government-sponsored affordable housing), coupled with the expanding set of planning rules, regulations, and restrictions, is resulting in not enough new homes getting built.

The anti-housing crowd will point to the CMHC data that shows there were 186,000 new units completed in 2018 in urban centres in Canada, up from the 15-year average of 175,000 and the 25-year average of 155,000. However, the composition of those units isn’t the same: the location, built form, and cost to build are very different. In 1994, 50 per cent of new housing completions were single-detached properties, with rental apartments accounting for 12 per cent and condominium apartments accounting for 15 per cent of the built supply that year. In 2018, those shares were 32 per cent, 22 per cent and 26 per cent, respectively. If we assume unit sizes have not changed over time with singles/semis at 2,500 square feet, townhouses at 1,700 square feet and condo and rental apartments at 825 square feet, 155,000 units built with the 1994 unit split results in 195 million square feet of new housing, the 186,000 units in 2018 under the latest unit split also delivers 195 million square feet of new housing! So we’re delivering the same square footage despite building 30,000 more housing units.

For someone that has three kids, like myself, living in 825 square feet would be very difficult. Many pundits have suggested more three bedroom condos should be built, but these units don’t typically sell well in pre-construction. New condos in downtown Toronto at 1,000 square feet are priced around $1 million, require a $200,000 down payment, and often don’t occupy for three to four years. If you want a parking spot, that will cost you another $85,000. Faced with this value proposition, families are choosing low-density housing outside the core instead. Urban apartment projects are way more expensive on a price per-square-foot basis due to higher land costs, lower leverage for land loans, and more expensive construction. They’re higher risk as well, requiring higher returns for developers and lenders.

New suburban single-detached greenfield development requires a lot of extra infrastructure, is not the most efficient use of land, leads to longer commutes, but is cheaper to build (and people really like it). Where do you stand, what is the ideal mix of new housing to keep things affordable and improve the quality of life for as many people as possible? 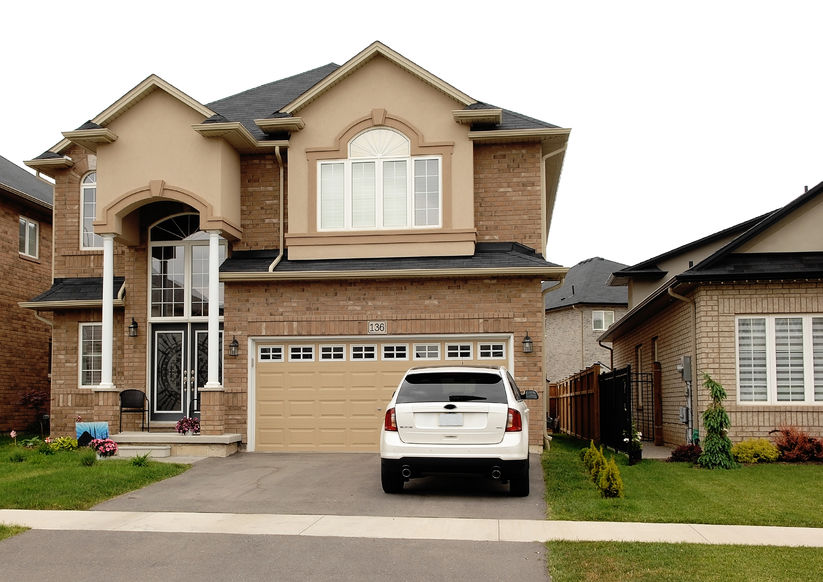 Ben Myers is president of Bullpen Research & Consulting, a boutique real estate advisory firm that works with land owners, developers, and lenders to better inform them of the current and future macroeconomic and site-specific housing market conditions that can impact their active or proposed development projects.

Consent to Change Of Use

Supreme Court: Can a corporation be subjected to cruel and unusual punishment?

Cities need to innovate to improve transportation and reduce emissions