From Google Home to Google City

As technology becomes more prevalent and integrated in our lives, the influence of high tech at an urban scale is increasingly becoming a question of curiosity and concern. Case-in-point: when Amazon solicited proposals to locate a second headquarters, mayors from across the continent, and even a Prime Minister, were whipped into a googly-eyed frenzy, rushing to put together flashy and impressive bids. But while a Silicon Valley North is more of an economic thrill than technological revolution, a new development in Toronto looks to push the line between technology and urbanity further than has been done before. Enter Google.

Formed in 2015, Sidewalk Labs is a sister company to Google Inc., under the shared ownership of mega-conglomerate Alphabet Inc. The Lab is operated by both technologists and urbanists, and is “reimagining cities to improve quality of life,” through the integration of technology and cities. So it should come as little surprise that when Waterfront Toronto put out an RFP for a “Funding and Innovation Partner,” Sidewalk Lab had its interest peaked. For its part, Waterfront Toronto, the tri-government organization tasked with overseeing the redevelopment of much of the city’s post-industrial waterfront, initially sought a collaborative partner in March 2017, with Sidewalk Toronto being announced as the successful proponent in October of that year.

What has since been announced is a utopian vision of affordable housing, sustainable infrastructure, and technological overlays, spread across a 12-acre, L-shaped site referred to as Quayside. Here Sidewalk Labs and Waterfront Toronto would come together to develop a mixed-use, mixed-income, people-focused, “complete” neighbourhood that would seek precedent-setting levels of sustainability, affordability, and economic return, while also becoming the new home for Google Canada. Additionally, Sidewalk Toronto would combine urban design with digital technology “to address some of the biggest challenges facing cities,” including passive-house environmental standards, modular building technologies, and self-driving public transit, with technology-enabled intersections. Finally, the industrial ruins of the site’s previous life would be reimagined in creative and playful ways, with an underground city working to sort and separate waste from recyclable materials. The proposal includes all the right buzzwords, from emerging technology, sustainability, public consultation, and urban innovation, to collaboration, co-creation, inclusivity, accessibility, and ‘climate-positive’ development, making it all sound just too good to be true. But is it? Enter Ken Greenberg. 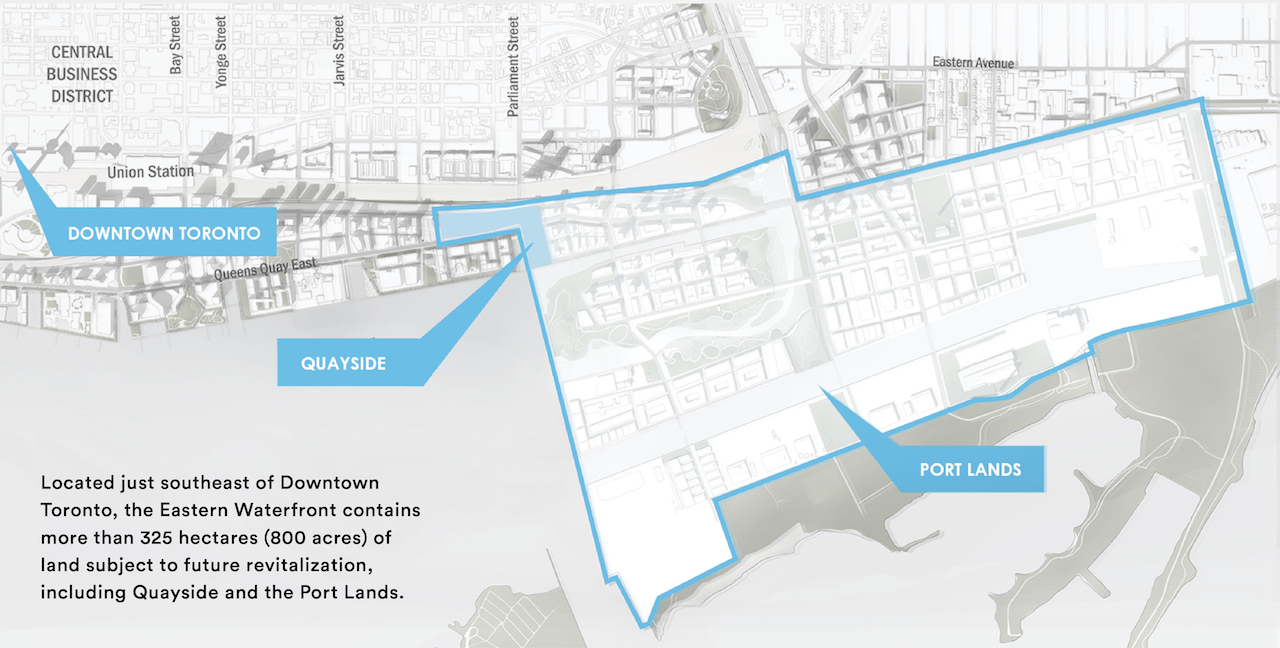 Greenberg, a Toronto-based urbanist, has been an advisor to Sidewalk Labs since 2015, prior to their proposal for Waterfront Toronto, and tasked with ensuring that the technological elements of the Lab’s work does not threaten the human or urban environments it would influence. According to Greenberg, Sidewalk’s goal is to explore “the way the city is evolving, [and how this] could be enhanced by the use of technology… to solve the problems of the city and enhancing how we do city building.” As such, Greenberg sees the proposal as an urban and technological ‘test bed’ — one that would work in real-time and real-space — as it has always been Sidewalk’s intention to have tangible, real-world application, and despite its origins as a more theoretical exercise with no specific sites in mind. Yet while Toronto, and Quayside in particular, could act as prime potential location for the physical application of this “experimental territory,” as Greenberg refers to the project, it would also need continual monitoring and feedback loops. “Not everything is going to work perfectly,” Greenberg cautions, noting the need to look critically and question all aspects of the proposal from a holistic perspective. This includes questioning the relationship the project would have with all levels of government, and how this thinking could be applied to building technology in relation to zoning bylaws and the building code. Here Greenberg points out that as a testing ground, Sidewalk Toronto could have “more latitude in terms of municipal oversights to not stick so rigidly to the rules that we already have to foster innovation,” in order to create buildings with greater adaptability, use, connection, affordability, sustainability, and accessibility. But it must all first be questioned.

While municipal involvement, or lack thereof, is an important consideration, the most concerning aspect of the proposal has been what Sidewalk refers to as the “digital layer” of sensors, mappings, and account portals. According to the vision statement, Sidewalk Toronto is to be “A place that’s enhanced by digital technology and data, without giving up the privacy and security that everyone deserves.” More technically speaking: “The digital layer allows efficient operation of the neighbourhood by providing a single unified source of information about what is going on… By pushing as much as possible of the neighbourhood infrastructure into software rather than hardware, it increases flexibility and reduces lock-in to outmoded technologies.” To this end, Greenberg again responds by stressing the need to question whether the technology is enhancing or hindering the city and its residents, and whether we really want to replace human interaction with machines and robots. Ultimately, it is not simply about saying yes or no to technology, but rather using it selectively and thoughtfully. 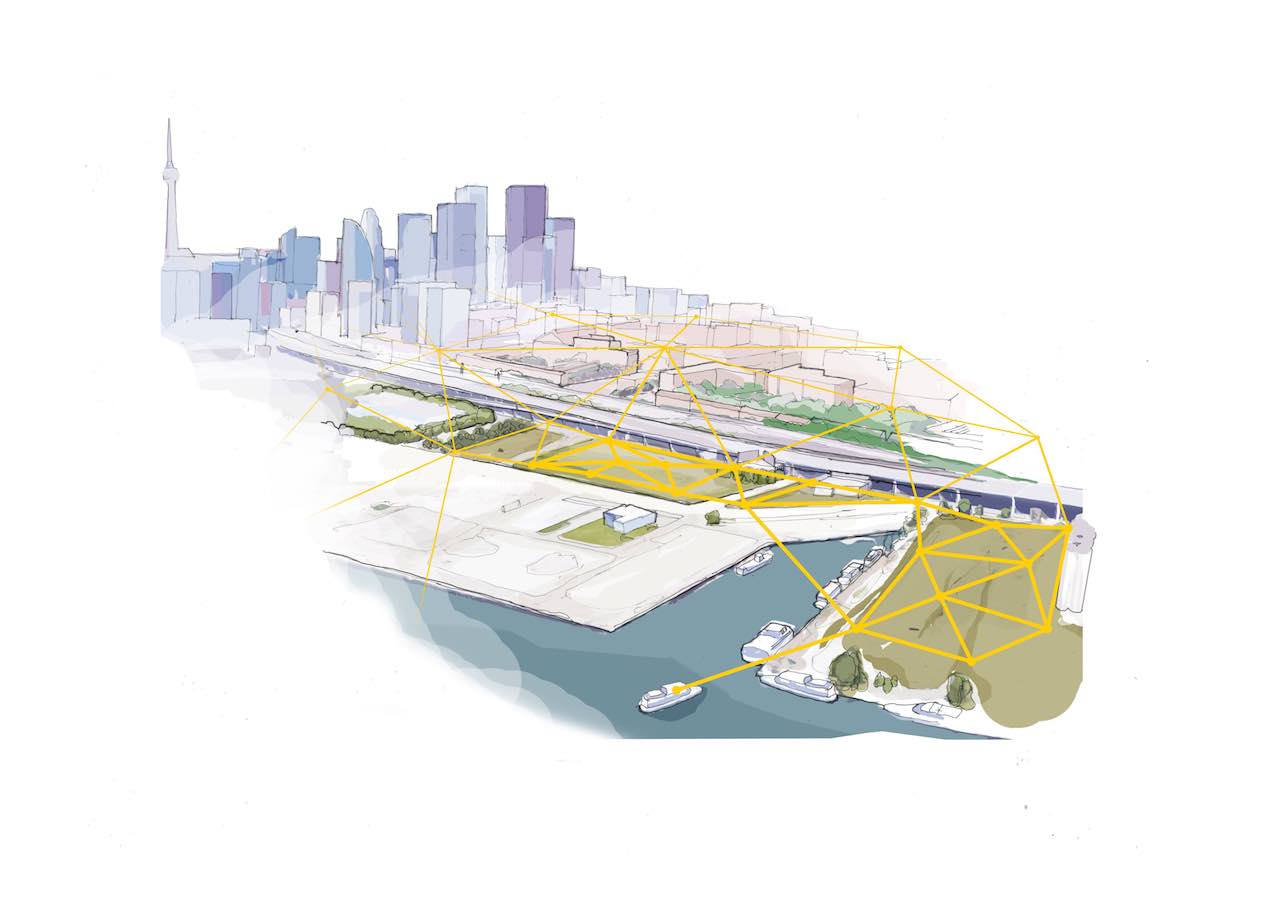 This also leads to questions of online security and privacy, especially in light of concerns over surveillance and monitoring. Greenberg agrees that this is a very large issue and an important part of the proposal to carefully scrutinize, including how data is collected, who owns it, and how it will be used. Thus the irony of the project is that while the integrated use of technology could make our digital lives more public, reversely speaking, it could make our analogue lives more private. Yet for Greenberg, there is a tangential benefit that this project’s tech-based concerns brings, and that is the opportunity and forum to discuss these questions and anxieties, in order to positively integrate technology in a safe and beneficial way within the context of the city, and what that means. “If technology is with us, if its use in our daily lives is becoming more and more pervasive and there is a kind of inevitability to it, how do we use it to our advantage, as opposed to being used by it?” Greenberg asks. “And how can this be ensured, both in terms of enhanced quality of life, urban design and quality of the environment, and in terms of privacy and security issues?” 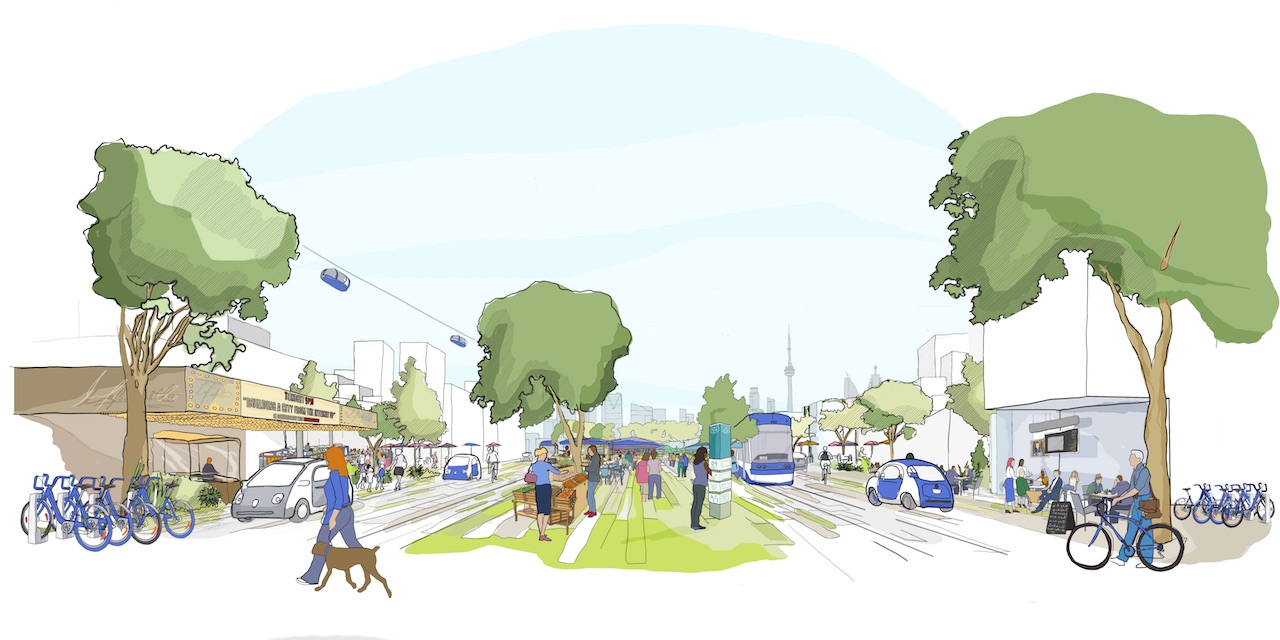 Returning to the urban component of the project, however, a further worry exists with the name-association that comes from a company as big as Google, in terms of how to avoid the urban branding and Disney-fication that has happened in other urban experiments such as Disney’s new urbanist town of Celebration, Florida: in essence becoming a Google-branded attraction or contrived destination versus an authentic, organic and living urban place. Yet Greenberg softens these fears, noting that if Sidewalk had wanted to create their own utopian campus, as many other tech companies have and continue to do, they would have sought an isolated greenfield site, far from any municipal control or government influence. Instead, they have deliberately chosen a relatively small site, in the centre of a mega-city, largely affected by city politics, zoning bylaws, neighbouring developments and required partnerships. Here Greenberg uses the analogy of an open-platform system, explaining his hope for a heterogeneous place free of total control or perfect predictability, shaped by autonomous decision makers and hundreds of decisions, continually evolving as a real part of the city.

But where does this all leave Greenberg and the project? Thinking critically, and moving past the utopian rhetoric, bucolic renderings and buzzwords of the proposal, what are the greatest opportunities for Toronto? It is clear that what could be considered the biggest opportunities for the project could also be its biggest challenges. From autonomous vehicles and ubiquitous sensors, to warehouse-like buildings and personalized-apps, how and where technology is implemented and used will need to be continually and critically questioned. For now, Greenberg sees the project more as a collection of “embryonic” ideas, with the synthesis of how these ideas come together yet to be resolved. As such, the entirety of 2018 has been put aside for public and stakeholder consultation, using a litany of engagement tools such as public talks; roundtables; neighbourhood meetings; pop-up stations; reference panel on planning and policy guidance; design jams; fellowship program; expert working groups; and even summer camps.

Ultimately for Greenberg, the nature of interactions between people is what is most important, and a human-focus to the project should remain top priority over and above any of the flashy technology. Greenberg concludes with a question: “Are we making a good urban place, something that is actually enabling people to lead lives with more opportunity, more chances to be their best selves, [or are we] being swept up into some sort of subservient relationship with technology?” If the answer is yes to a good urban place, Toronto has the potential to position itself on the Google map as a tech hub of urban innovation. If not, then the city may end up with little more than a built-form version of Facebook, an app rendered in concrete form. Because while it is doubtful that there will be streets named Google Drive or Chrome Crescent, one thing is certain: if the city and its Sidewalks get Google-ified, they better not glitch.

Ontario’s Construction Industry will have Legs in 2018